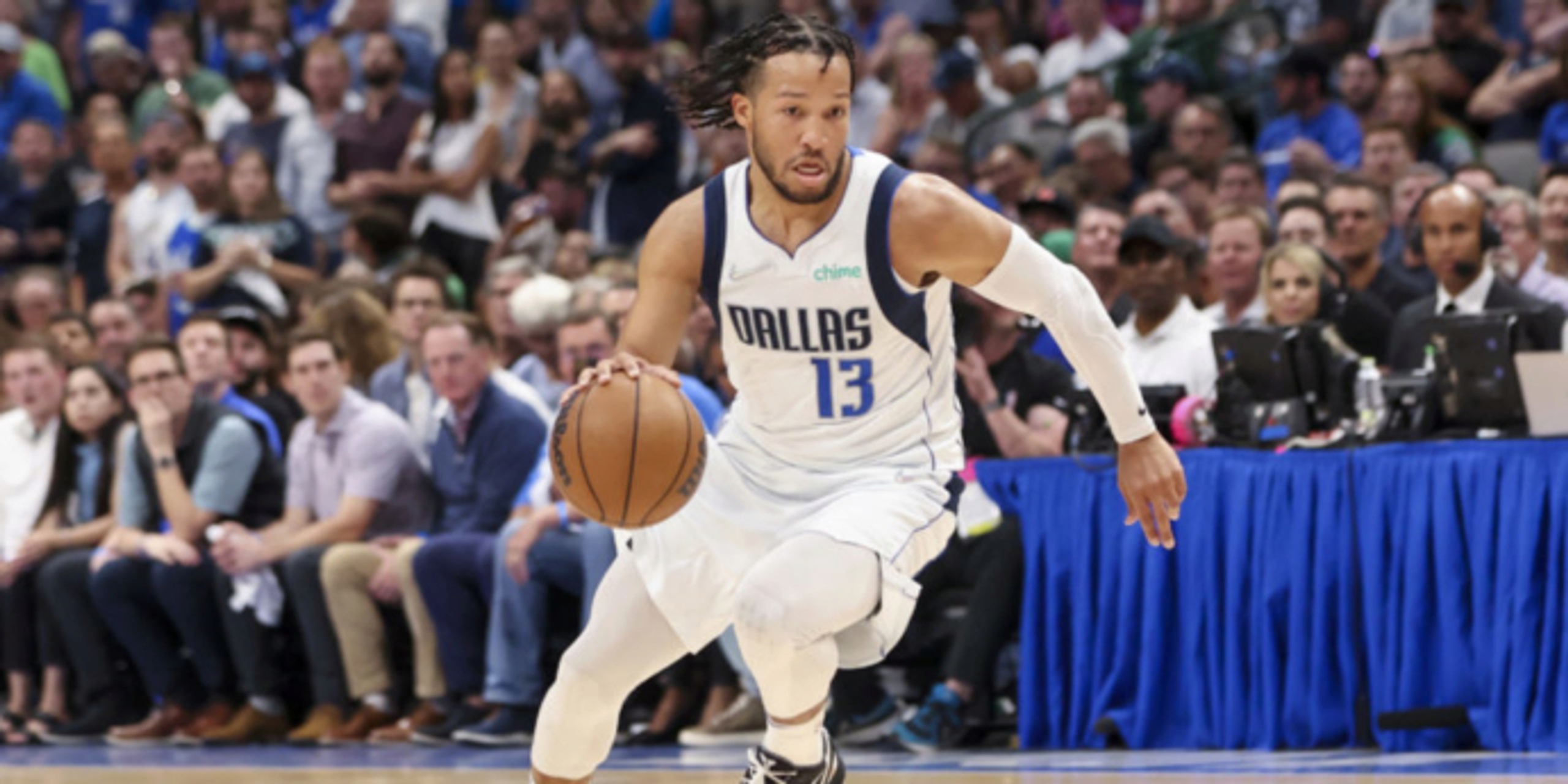 One of the breakout stars of this year’s NBA playoffs has been Dallas Mavericks guard Jalen Brunson. He’s old-school, unconventional, talented, savy and up for a big pay day this summer. The 6-foot-1, 190-pound guard and Villanova alum was selected No. 33 overall in the 2018 NBA Draft and is one of the better second-round draft picks over the past few classes.

His 2022 postseason included signature performances like a 41-point game in a win over the Utah Jazz in Game 2 without Luka Dončić and a 31-point effort against the Golden State Warriors in Game 3 of the Western Conference Finals. He also had a meaningful 24 points on 11-of-19 shooting in Dallas’ shocking Game 7 romping of the Phoenix Suns.

But now, he’s an unrestricted free agent. Dallas has a lot of questions to answer. How can they best build around Dončić? What do they do with Tim Hardaway Jr.? If they want to upgrade at center, what's the best answer at that position?

Among the most important questions is: do they extend Brunson? Here are some teams to watch in the Brunson sweepstakes this offseason.

The New York Knicks haven’t had a reliable point guard since Raymond Felton in their famed 54-win season back in 2012-13. Since then, it’s largely been a revolving door of meh at the point of attack at Madison Square Garden. Jose Calderon was past his peak when he got to New York. Iman Shumpert, though very talented, wasn’t a natural point guard. Frank Ntilikina is closer to a three-and-D wing than a true floor general. Jerian Grant never panned out. Neither has Kemba Walker. Derrick Rose has arguably been the best of the bunch.

Walker, Rose, Alec Burks, Immanuel Quickley and Miles McBride make up the Knicks' point guard depth chart for 2022-23, in no particular order. Walker’s health can’t be trusted for an entire season. Burks isn’t a true point guard and might be a trade chip. Quickley, if he starts, is probably better suited next to a natural point, and the same could be said for R.J. Barrett. And McBride is young, raw and inexperienced. Brunson is better than all of them, hard stop.

Because Brunson will be unrestricted, the highest-bidder has a chance. The bad news for the Knicks is that they’re pretty much capped out.

That means getting Brunson to New York would require a sign-and-trade. The good thing is that the Mavericks need a Mitchell Robinson type of center, and for about two years, I've been pushing for Brunson-Robinson swap. The Knicks should throw in something else, be it draft capital and or an additional young piece to make the deal work (for cap purposes too), but that’s the framework that can come from this. Robinson gives Luka a lob threat, gives the team a higher upside defensively, and gives the coaching staff a player who can share the floor with just about anyone on the roster.

If Brunson can play with Dončić and Spencer Dinwiddie, he can share a backcourt with Reggie Jackson. Kawhi Leonard has wanted a point guard, but the Clippers still don’t have one. It’s Jackson, and that’s it. Norman Powell, Luke Kennard and Terance Mann are guards, but they're all wings. 2021 second-round pick Jason Preston still hasn’t played due to injury, and Xavier Moon was a two-way guy last year who played just 10 games. Leonard’s been wanting a point guard for two seasons, and it’s time for the Clippers to address that spot since both Leonard and Paul George are due back next season.

Given the Clippers' cap situation, this would most certainly be a sign-and-trade. Powell, Marcus Morris, Kennard and Robert Covington all make between $12 and $16 million next season, and any of them could make sense going to Dallas. Only one or two of them would probably need to go at most, among other compensation (i.e. young players and picks).

Brunson in L.A. would join the starting line-up alongside Jackson, Leonard, George and a center. Ivica Zubac is an expiring $7.5 million contract next season, and he could actually be a piece Dallas wants in return. Assuming he stays in Los Angeles, Zubac rounds out their starting five and gives Los Angeles a true point guard, which they’re clearly missing.

The Mavericks reportedly had multiple opportunities to sign Brunson to a four-year, $55.5 million deal before and during the season, per reports, but did not. As a result, he could be looking at something in the $80 million range, and possibly more after these playoffs.

Clearly, the offense works with him and Luka in the backcourt, blending in Dinwiddie in a natural role as a combo guard off the bench who can finish games. Dallas can keep their core together (those three and Dorian Finney-Smith) and work around the margins.

After losing to the Warriors in Game 5, Mavericks majority owner Mark Cuban said that keeping Brunson is a priority, and damn near guaranteed that it’ll happen.

"We can pay him more than anybody,” Cuban said. "I think he wants to stay, and that's most important. I think [Jason Kidd] has a big part to play in that... JB blossomed as a player as much as anybody on this squad. From where he was last year to how far he came this year is a tribute to how hard he worked. And the support he got from his dad and his family and his girlfriend, but also, what he was able to learn from [Kidd]. I think he recognizes that, and I think he wants to stay."

Brunson didn’t have the exact same tone, but he’ll cross that bridge when he gets there, it seems.

"When it’s time, it’s time. I’m not worried about it right now," Brunson said, via Landon Thomas of Mavs Fans For Life. "I’m just really happy I got to play with these guys and what we did this year. I’ll think about that later.”

For Dallas, this is probably the move. Keep Brunson and build around the margins, particularly on the interior. Four years in, we can now say, as long as you have Luka, you have a chance. You just have to nail what’s around him, and Brunson is someone you should want back in Dallas.