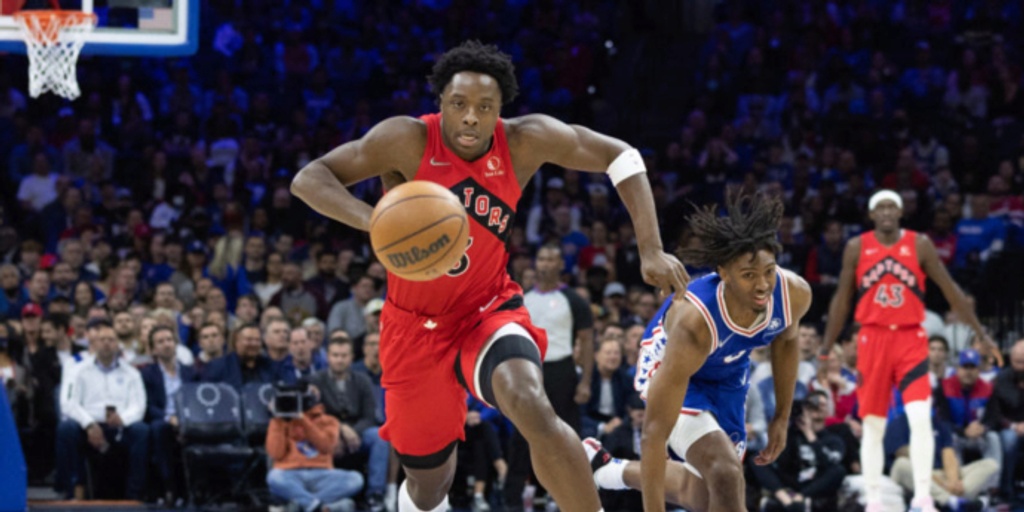 Jake Fischer of B/R has the scoop that Toronto Raptors wing OG Anunoby has been a name to watch for in trade talk.

Fischer states that "word has circulated among rival front offices that Anunoby grew dissatisfied at times with his role in Toronto" but that he has not directly complained to the team about his role or asked for a traded.

If Toronto was open to moving him, the two teams that have come up are Portland and Utah. The Trail Blazers have a $20.9 million trade exception from the CJ McCollum-to-New Orleans deal last season that Anunoby would fit into. According to the report, the Raptors see Anunoby's trade value potential being at least two first-round picks and a promising young player. Anunoby is in the second of a four-year, $72M deal.

Meanwhile, the Jazz could make Rudy Gobert available this offseason and the Raptors have been looking to add a center. However, it would take more than just Anunoby to make the salaries work with Gobert making $38.2 million this upcoming season.