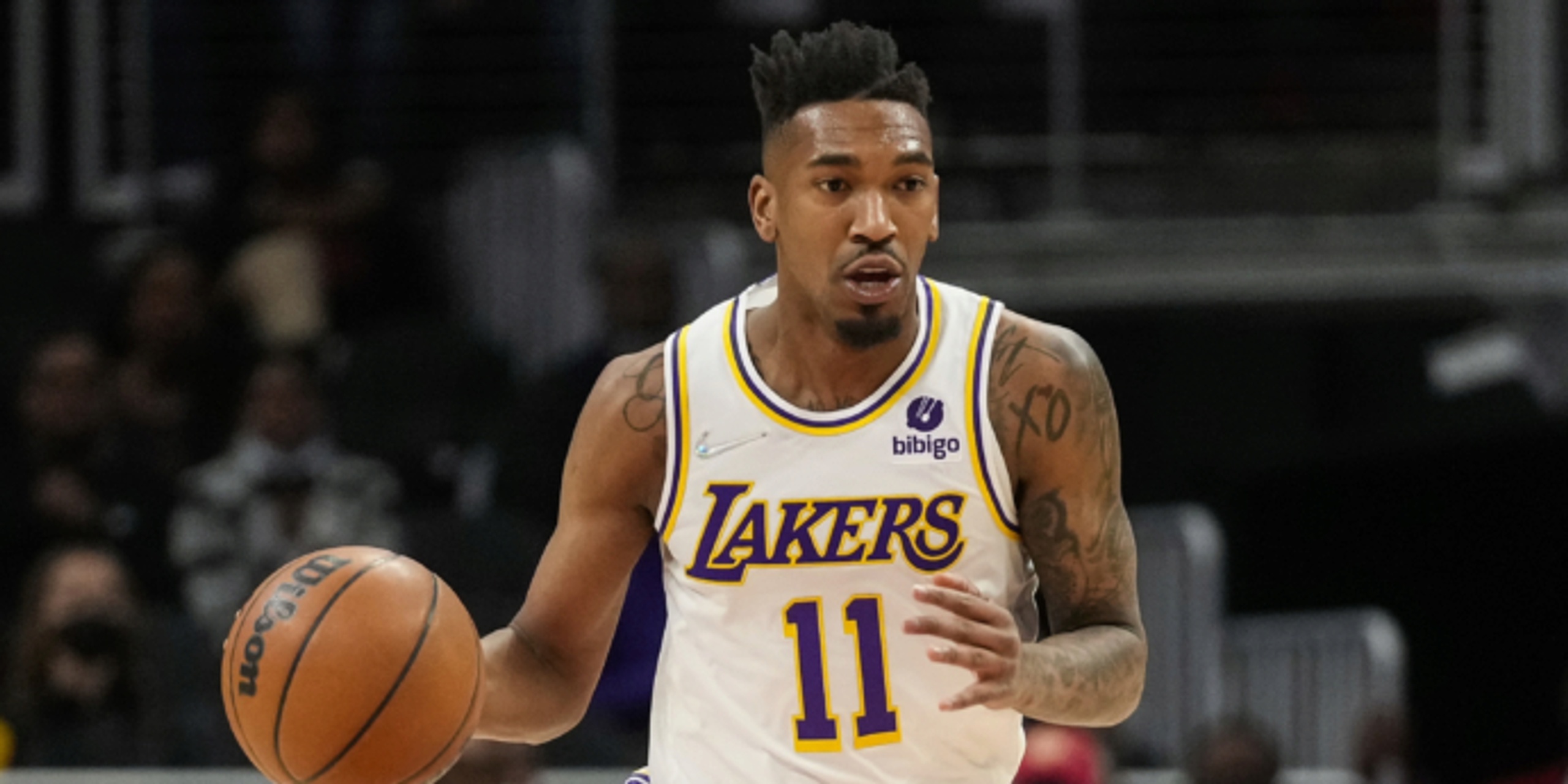 The NBA's free-agency period tips off today at 6 p.m. ET! Here's a look at some underrated players who could be on the move.

If you want to find a truly "positionless" NBA player, look no further than Bruce Brown. The 25-year-old shifted fluidly between roles for the Brooklyn Nets — the textbook glue guy that any playoff contender would love to have. In 22 games after the All-Star break, Brown averaged 14.7 points, 5.9 rebounds, 3.7 assists, 1.2 steals, 1.1 blocks and 1.1 threes on 53.0/47.2/77.5 shooting splits. During the Nets' first-round series against the Boston Celtics, he continued to produce at this level, averaging 14.0 points, 4.8 rebounds, 2.8 assists, 1.5 threes, 1.3 steals and 0.8 blocks on 56.8/42.9/80.0 shooting splits. Brown proved he can be an initiator, a connective passer, a multi-faceted off-ball player and a primary defender, so he is due for a payday.

Lu Dort established himself as one of the league's elite young defenders early in his career. Last season, he proved that he is also capable of putting up points on the offensive end. Before undergoing season-ending shoulder surgery, Dort was averaging 17.2 points, 4.2 rebounds, 1.7 assists and 2.5 made threes. Over his final eight games, he averaged more than 23.0 points per game. Dort has one of the biggest bargains in the NBA, as he earned $1,782,621 last season. The Thunder decided to decline his team option, making him a restricted free agent.

Mailk Monk, the 11th overall pick in the 2017 NBA Draft, failed to live up to expectations over the first four years of his career in Charlotte. He made just one career start as a member of the Hornets, and averaged 9.1 points, 2.0 rebounds and 1.8 assists in 233 appearances while shooting below 34% from three. As a result, the Los Angeles Lakers were able to ink him to a one-year contract at the veteran minimum ($1.7 million) last offseason. Surprisingly, Monk established himself as one of the Lakers' most consistent and effective players. In the 37 games he started this year, Monk averaged 17.0 points, 4.0 rebounds, 3.3 assists and 2.9 threes while shooting 47.8% from the field, 42.2% from three and 79.2% from the free-throw line. He will look to cash in and receive a significant pay raise in July.

Getting traded from Sacramento to Detroit gave Marvin Bagley III an opportunity to revive his career. He scored in double-digits in 15 of his 18 games with the Pistons, and he finished the season averaging 14.6 points and 6.8 rebounds while shooting 55.5% from the field. If Detroit is sold on Bagley as a long-term fit (and vice versa), the two sides may be able to reach a multi-year deal. Perhaps a team will give Bagley a significant offer sheet after what he showed following the trade. Another option for Bagley is signing the one-year qualifying offer, which would make him an unrestricted free agent in the summer of 2023. However, since he failed to start 41 games or play 2,000 minutes this season, his qualifying offer decreased from $14.8 million to $7.3 million, making that option a bit less appealing.

After going undrafted in 2020, Jae'Sean Tate earned his way onto the NBA's All-Rookie Team by averaging 11.3 points, 5.3 rebounds, 2.5 assists and 1.2 steals with the Houston Rockets. Despite logging fewer minutes last season, Tate increased his scoring (11.8 PPG), rebounding (5.4 RPG) and assist (2.8 APG) averages. The Rockets declined Tate's $1.8 million team option for the 2022-23 campaign, making him a restricted free agent. However, all signs point to the 26-year-old remaining in Houston.

After missing most of the 2021-22 season while recovering from surgery on his ruptured quad, Victor Oladipo returned to Miami's lineup for the final eight games of the regular season and averaged 12.4 points, 3.5 assists, 2.9 rebounds and 1.9 threes on 47.9/41.7/73.7 shooting splits. Oladipo had several impressive outings, including a 40-point, 10-rebound, 7-assist, 5-three, 2-steal performance in the regular-season finale against Orlando and an efficient 23-point, 3-assist, 3-steal outing in Miami's Game 5 win over Atlanta. Oladipo's days as an All-Star-caliber player are over, but the 30-year-old can still be a significant contributor and his flashes are bound to intrigue teams. 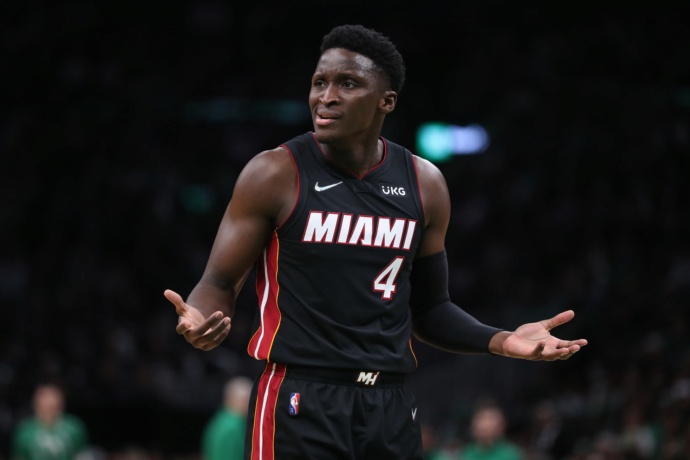 Nic Claxton has consistently impressed in limited playing time off the bench for the Brooklyn Nets. His per-36 minute averages last season were outstanding: 15.2 points (on 67.4% shooting), 9.8 rebounds, 1.9 blocks and 0.9 steals. The Nets have limited depth due to the high salaries of their top players and billionaire owner Joe Tsai is unafraid of paying the luxury tax, so Brooklyn is expected to match any reasonable offer Claxton receives.

It's no surprise that Gary Payton's son is a terrific on-ball defender. After going undrafted in the 2016 NBA Draft, Gary Payton II bounced around from team to team (including multiple G League stints) before finally sticking in the NBA. This season, he broke out with the Warriors, averaging a career-high 17.6 minutes and even starting 18 games (including the playoffs). He averaged 2.5 deflections and 1.4 steals per game, bothering plenty of opposing scorers. He earned just $1,669,178 this season, but he outplayed his contract and helped the Warriors win a championship. Now, a nice payday is imminent.

Lonnie Walker averaged career-highs in points (12.1), assists (2.2), rebounds (2.6) and steals (.6) per game for the San Antonio Spurs, despite playing fewer minutes (23.0) each night. Teams will be interested in the 23-year-old's potential. Walker is a restricted free agent, so San Antonio can match any offer sheet he receives.

Last offseason, Otto Porter Jr. shocked everyone when he decided to join the Golden State Warriors on a veteran-minimum deal despite receiving larger offers elsewhere. His gamble paid off, as he won a championship and now he's due for a nice raise. This season, Porter averaged 8.2 points, 5.7 rebounds, 1.3 threes and 1.1 steals in 22.2 minutes per game, while shooting 46.4% from the field, 37.0% from three and 80.3% from the free-throw line. There's no question that producing as a key reserve for Golden State helped his stock, and it'll be interesting to see what kind of offers he receives this offseason.

T.J. Warren was a beast in the NBA Bubble at the end of the 2019-20 season, when he averaged 31.0 points, 6.3 rebounds and 3.7 threes. With that said, he played just four games during the 2020-21 season and he missed the entire 2021-22 campaign. He'll have to provide medicals to any team that’s interested, but he's still just 28 years old. Some team will likely roll the dice on a one-year, make-good contract in hopes of Warren resurrecting his career. A return to Indiana remains a possibility too.

This season, Isaiah Hartenstein emerged as a multifaceted contributor for the Los Angeles Clippers and one of the best backup centers in the NBA. Hartenstein's bag of tricks as a passer and interior scorer make him an offensive weapon even without a viable jumper. On defense, he blocks shots and contests the rim with proficiency. This year, he averaged 8.3 points, 4.9 rebounds, 2.4 assists and 1.1 block in 17.9 minutes per game.

In his first season with the Miami Heat, Caleb Martin averaged 9.2 points, 3.8 rebounds, 1.1 threes, 1.1 assists and 1.0 steal, while shooting 50.7% from the field and 41.3% from three-point range. The 26-year-old has proven to be a reliable role player. Martin is a restricted free agent, so the Heat can match any offer he receives.

Jalen Smith was the No. 10 overall pick in the 2020 NBA Draft, but the Phoenix Suns decided to trade him after he appeared in just 56 games. The Suns dealt Smith and a future second-round pick to the Indiana Pacers in exchange for Torrey Craig. The 22-year-old got a fresh start in Indiana, where he averaged 13.4 points, 7.6 rebounds, 1.4 threes, 1.0 block and 0.4 steals in 24.7 minutes per game. Smith scored in double figures in 18 of his 22 games with the Pacers. Now, after the best stretch of his young NBA career, Smith is an unrestricted free agent and it'll be interesting to see how teams value him.

Click here for BasketballNews' complete free-agency rankings. And check out our NBA rumor tracker, which we'll continue to update throughout free agency.