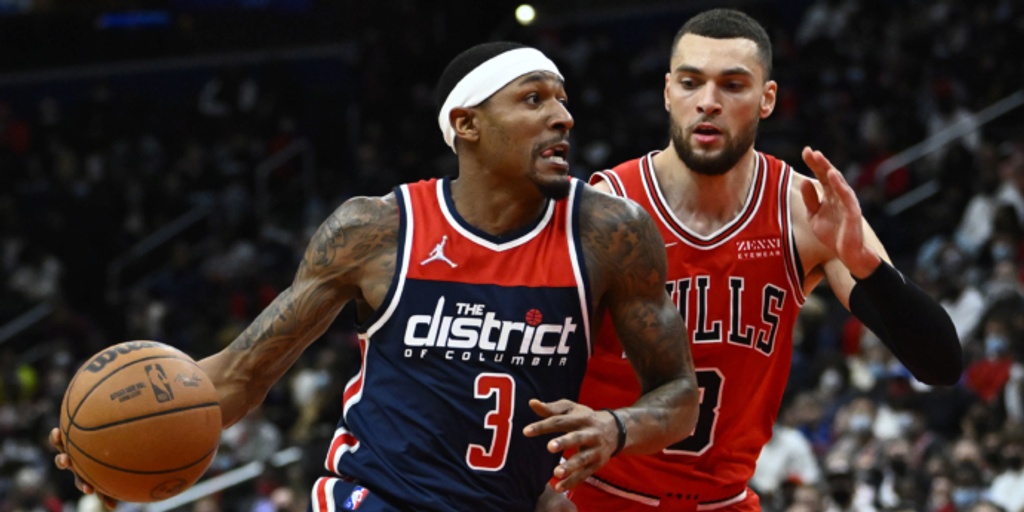 2022 NBA Free Agency: The top 15 players who are available

The NBA's free-agency period tips off today at 6 p.m. ET! Who are the top players available? Here's a look at 15 notable players who could be on the move.

Zach LaVine bet on himself instead of signing a four-year, $105 million extension last offseason, and the gamble has certainly paid off. He averaged 24.4 points, 4.6 rebounds, 4.5 assists and 2.8 made three-pointers while shooting 38.9% from downtown and a career-high 85.3% from the free-throw line. Steph Curry is the only player in the NBA to match or exceed LaVine in those statistical categories last season. With LaVine playing at such a high level, he'll want a max deal that pays approximately $200 million over five years. The most any other team can offer LaVine is around $160 million over four years. LaVine is expected to return to the Chicago Bulls when all is said and done.

James Harden declined his $47.4 million player option for the 2022-23 season and he's now an unrestricted free agent. However, all signs point to Harden remaining with the Philadelphia 76ers on a new deal. The 32-year-old struggled during the playoffs, especially in the second round when he averaged 18.2 points, 7.0 assists, 6.3 rebounds, 4.8 turnovers and 2.5 threes, while shooting 40.4% from the field, 33.2% from three and 76.1% from the free-throw line. Harden turns 33 years old in August and he seems significantly less explosive. Harden is

In February, Bradley Beal underwent surgery to repair a torn ligament in his left wrist. Prior to the injury, Beal's scoring average had dipped dramatically (from 31.3 points per game in 2020-21 to 23.2 this season), and he was shooting just 30.0% from downtown. However, the three-time All-Star averaged a career-high 6.6 assists. Beal declined his $36.4 million player option for the 2022-23 season, but he's expected to re-sign with the Washington Wizards barring a sudden change of heart.

Deandre Ayton is the crown jewel of this year's free-agent center crop. Although the Phoenix Suns surprisingly chose not to offer him a max extension last offseason (worth approximately $173 million over five years), Phoenix can match any offer the former No. 1 overall pick receives this summer. However, an up-and-down postseason has raised questions about the 23-year-old’s future with the team. In Phoenix’s embarrassing Game 7 loss to the Dallas Mavericks, Ayton had just 5 points and 4 rebounds, leading Monty Williams to bench him after only 17 minutes. Ayton is a young, improving player and he's widely regarded as one of NBA's best young centers. If the Suns don’t want to give Ayton the max, they may weigh their sign-and-trade options.

Charlotte reportedly offered Miles Bridges an extension worth $60 million over four years this past summer, but he rejected it. With Bridges exploding this season — averaging a career-high 20.2 points, 7.0 rebounds, 3.8 assists, 1.9 threes and 0.9 steals — the Hornets' front office likely regrets not upping that offer, as the stud forward is now in line for a massive pay raise. He is one of only five players in the NBA this season who knocked down at least 125 three-pointers while also averaging at least 20-7-3. The other five players? LeBron James, Luka Doncic, Jayson Tatum and Karl-Anthony Towns. It's worth noting that Bridges was arrested for domestic violence on the eve of free agency, which could impact his negotiations.

Jalen Brunson took a significant step forward during the 2020-21 season, averaging 12.6 points, 3.8 rebounds, 3.5 assists and 1.2 threes in 25.7 minutes, while shooting 52.3% from the floor and 40.5% from downtown. The Villanova product continued to improve in 2021-22, averaging career-highs in points (16.3), assists (4.8) and rebounds (3.9). Brunson also showed he could shoulder increased responsibility by stepping up when Luka Doncic missed time during the regular season and playoffs. In the first round, Brunson helped Dallas Mavericks eliminate the Utah Jazz despite being without Doncic for the first three games of the series. In six games against Utah, Brunson averaged 27.8 points, 4.8 rebounds, 4.2 assists, 2.0 threes and just 0.7 turnovers on 48.1/32.9/84.8 shooting. The New York Knicks are currently the front-runners to add Brunson.

Anfernee Simons increased his value a ton with his play during the 2021-22 season. After averaging a modest 7.8 points per game during the 2020-21 season, Simons averaged 17.3 points last year, which was the largest year-over-year leap in the NBA last season. He also chipped in 3.9 assists, 3.1 threes and 2.6 assists, while shooting 40.5% from beyond the arc. In the 30 games he started, he was even more productive – putting up 22.0 points, 5.5 assists, 4.1 threes and 2.8 rebounds on 45.2/41.5/87.1 shooting splits. The 22-year-old has a bright future in the NBA. One of the primary reasons the Blazers traded away CJ McCollum, Norman Powell and Robert Covington prior to the deadline was to clear up cap space to give Simons a big payday, so it would be very surprising to see him change teams.

After a disappointing 2020-21 campaign, Jusuf Nurkic bounced back impressively last season, averaging 15.0 points, a career-high 11.1 rebounds, 2.8 assists and 1.1 steals while shooting 53.5% from the floor. Nurkic’s season ended early due to plantar fasciitis. However, he'll likely be ready to return by the start of training camp in September. Due to Nurk's tight bond with Blazers point guard Damian Lillard, many pundits expect Portland to re-sign the big man to a multi-year deal. 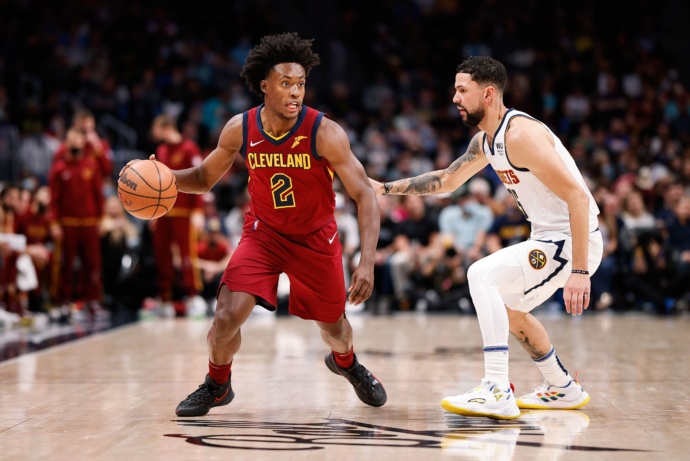 Collin Sexton injured his left knee in early November, and an MRI revealed a torn meniscus. He had surgery a week later, sidelining him for the entirety of the 2021-22 campaign. It will be fascinating to see what offers he receives on the open market. During the 2020-21 season, Sexton averaged 24.3 points and 4.4 assists while shooting 47.5% from the floor, 37.5% from downtown and 81.5% from the free-throw line. However, he struggled defensively, and the Cavs registered a league-worst 60-159 record over the first three years of his career. With Sexton out of action this season, Cleveland went 44-38 and made the Play-In Tournament. Darius Garland emerged as an All-Star in Sexton’s absence. Because he is a restricted free agent, the Cavs can match any offer he receives this summer.

With Brook Lopez sidelined for most of the 2021-22 season, Bobby Portis stepped up for the Milwaukee Bucks, starting 59 games. He averaged career-highs in scoring (14.6 points), rebounds (9.1), blocks (0.7) and made three-pointers (1.8). Portis declined his $4.6 million player option for the 2022-23 season, and he is expected to search for a significant raise.

If you want to find a truly "positionless" NBA player, look no further than Bruce Brown. The 25-year-old shifted fluidly between roles for the Brooklyn Nets — the textbook glue guy that any playoff contender would love to have. In 22 games after the All-Star break, Brown averaged 14.7 points, 5.9 rebounds, 3.7 assists, 1.2 steals, 1.1 blocks and 1.1 threes on 53.0/47.2/77.5 shooting splits. During the Nets' first-round series against the Boston Celtics, he continued to produce at this level, averaging 14.0 points, 4.8 rebounds, 2.8 assists, 1.5 threes, 1.3 steals and 0.8 blocks on 56.8/42.9/80.0 shooting splits. Brown proved he can be an initiator, a connective passer, a multi-faceted off-ball player and a primary defender, so he is due for a payday.

The New York Knicks technically have until June 30 to ink Mitchell Robinson to an extension worth up to $48 million over four years. However, the two sides have not yet reached an agreement, so it appears Robinson will be able to test the market. While he has flashed All-Defensive upside in short spurts throughout his four-year career, Robinson has battled numerous injuries and baffling inconsistency. His regression at the free-throw line (shooting below 50% in each of the past two seasons) is worrisome as well. Nevertheless, few big men can supply the type of high-flying athleticism and rim-protection he brings to the table. Robinson is expected to re-sign with the Knicks, but we'll see if any other team can make things interesting.

Lu Dort established himself as one of the league's elite young defenders early in his career. Last season, he proved that he is also capable of putting up points on the offensive end. Before undergoing season-ending shoulder surgery, Dort was averaging 17.2 points, 4.2 rebounds, 1.7 assists and 2.5 made threes. Over his final eight games, he averaged more than 23.0 points per game. Dort has one of the biggest bargains in the NBA, as he earned $1,782,621 last season. The Thunder decided to decline his team option, making him a restricted free agent.

After struggling over his first three years in the NBA, Mo Bamba just enjoyed the best year of his pro career. He became the first player in Magic franchise history to average more than 1.5 blocks and 1.0 made three-pointers per game over an entire season. However, it remains to be seen if Bamba has a long-term future in Orlando. The Magic just selected Paolo Banchero with the No. 1 pick in the 2022 NBA Draft. Also, Orlando inked center Wendell Carter Jr. to a four-year, $50 million contract extension back in October (and lineups with both Carter and Bamba have not performed well). Orlando didn't extend a qualifying offer to Bamba, making him an unrestricted free agent.

Click here for BasketballNews' complete free-agency rankings. And check out our NBA rumor tracker, which we'll continue to update throughout free agency.