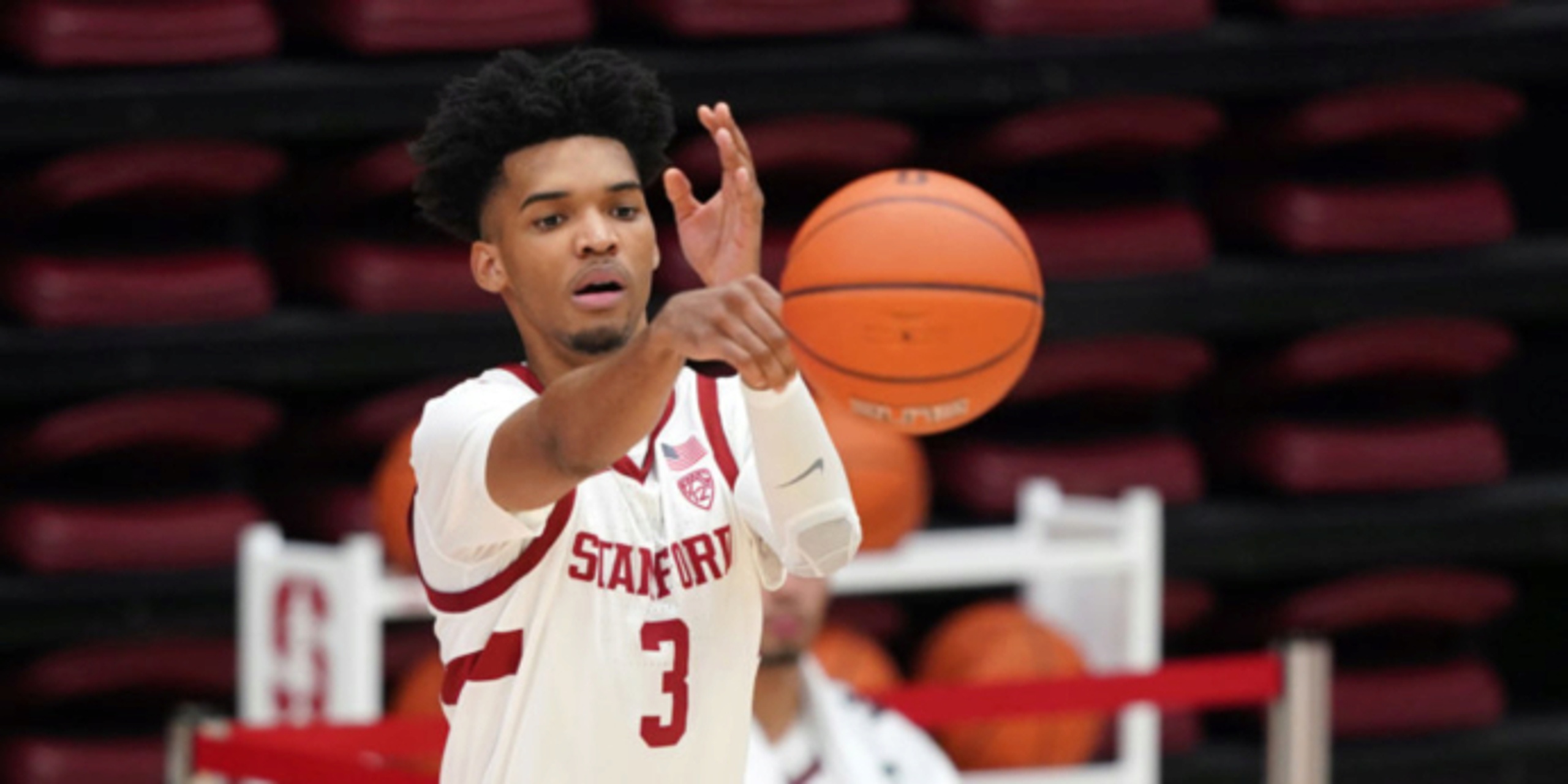 Ziaire Williams, a lanky, athletic wing from Stanford, showed flashes of a dynamic scorer and high-IQ player during his freshman season. Now, Williams hopes to build on a solid foundation as a projected first-round pick in this summer's NBA Draft.

"I just want to be the best version of myself as possible," Williams said during media availability at the NBA Draft Combine in Chicago. "I'm gonna come in with a learning mentality. Every rookie has things they need to learn [and] things they want to learn from throughout their mistakes and stuff. So for me, it would just be about soaking in as much knowledge from the vets, from the coaching staff, the front office --  just learning. The rookie season is kind of like your place to learn more about yourself [and] about the NBA itself. "I'm just coming in with open arms, just wanting to learn from the best and just be developed."

The former five-star high school recruit averaged 10.7 points and 4.6 rebounds per game in a roller-coaster year for the Cardinal. Williams also dealt with personal tragedy after losing a family member, and said this season was a major test for his development as a person and player.

"I definitely learned a lot," he added. "I matured as a young man individually with some of the losses I had personally throughout the season, and it only made me stronger. I know God has a plan for me and a lot of good things in store. I'm just trusting him and trusting the process."

Williams is excited to show NBA teams the skills he didn't get to flash at Stanford. After measuring 6-foot-8 without shoes at the Combine, he says he may still have some growing left, and that his body "still has so much room for improvement and room for development." The thin frame has been one of the major knocks on Williams so far.

"Having struggled with his consistency at Stanford, Ziaire Williams has become a somewhat polarizing prospect," BasketballNews.com Lead Draft Analyst Matt Babcock says of Williams. "Overall, his freshman season was underwhelming. Although his slim build and ability to finish at the rim have drawn concerns, his upside is worth noting. A 6-foot-8 wing who is capable of creating space and hitting tough, contested shots, Williams has the potential to be a versatile scoring wing at the next level."

The 19-year-old is good friends with Tyrese Haliburton, a 2020 All-Rookie Team member with the Sacramento Kings, and another player who drew pre-draft criticism for his lack of strength.

"Tyrese, he's a hell of a player man, honestly," Williams said. "So many teams passed up on him and they definitely regret it, and he's proven -- like shoot, you see how skinny Tyrese is, and a lot of people say his shot mechanics are off, but he makes it work for him. So all credit to Tyrese, man, that's my guy."

Williams has yet to conduct individual workouts for NBA teams, but he's already interviewed with at least 10 franchises, including the New York Knicks, Golden State Warriors and San Antonio Spurs. Babcock has Williams projected as the No. 18 pick in his post-lottery mock draft to the Oklahoma City Thunder.

Regardless of the team he lands with, Williams feels like he can make an impact right away. He still has some skills up his sleeves that fans didn't see in college.

"I feel I can catch quick isos at the elbow, attack really fast on quick isolations coming off screens for shots; there was a lot that I didn't get to showcase. But that's okay because when I go to the next level, there's gonna be so many things I've been practicing that teams didn't know I had in store."