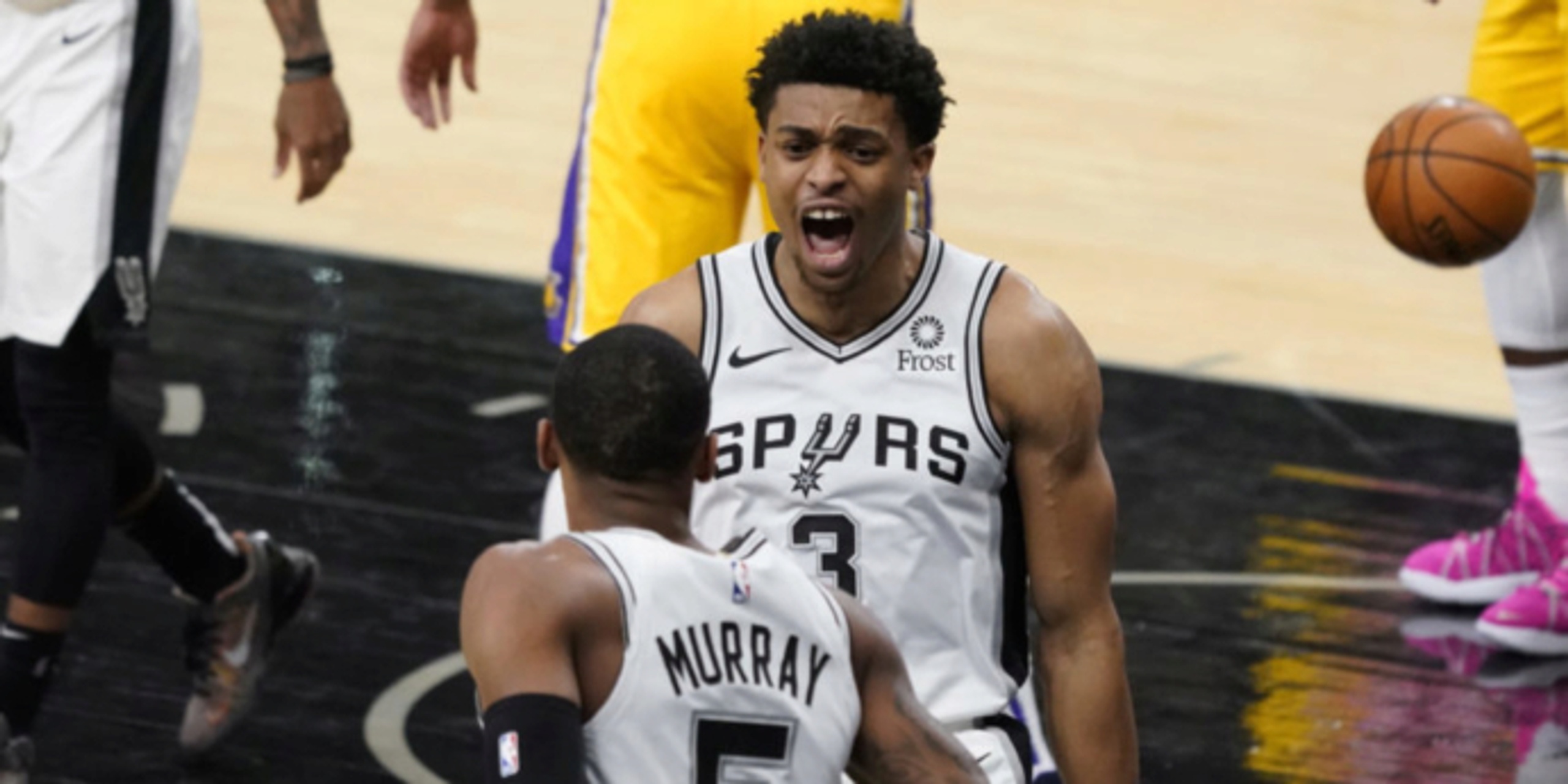 As vets depart, the time has come for the Spurs to embrace a rebuild

For the first time in decades, the San Antonio Spurs are in a spot to do the unthinkable within their organizational history: Tank.

Missing the playoffs in consecutive seasons, which has never happened in the franchise’s 54 years in the NBA, San Antonio has the opportunity to hit the full reset button during the 2021-22 campaign.

After LaMarcus Aldridge was bought out midseason, and with DeMar DeRozan hitting unrestricted free agency with a very slim chance of re-signing, San Antonio’s roster is filled to the brim with young players. Add in veterans Patty Mills and Rudy Gay hitting the open market, and there’s a real chance that 27-year-old combo guard Derrick White will be the Spurs’ oldest player throughout next season. So in an absolutely loaded Western Conference where potentially 11 or 12 teams have realistic shots of making the playoffs, San Antonio would be wise to embrace the tank completely.

The cupboard is not completely barren in The Alamo, though.

White and Dejounte Murray are great complements to one another in the backcourt, both averaging over 15 points per game last season. Keldon Johnson is beginning to emerge as an underrated two-way wing, and his confidence will only grow after being on Team USA in the Olympics. Devin Vassell, San Antonio’s No. 11 pick in the 2020 NBA Draft, has the potential to become another two-way wing with high-end potential flanking Johnson.

Jakob Poeltl, who was acquired alongside DeRozan in the Kawhi Leonard trade, is a throwback big who can anchor a defense. Bouncy wing Lonnie Walker and stretch big Luka Samanic are other young prospects off the Spurs' bench who could emerge with more playing time and bigger roles next season.m

Altogether, that’s an impressive collection of talent with the ability to grow together under Gregg Popovich, and it also doesn’t include the Spurs’ upcoming No. 12 pick in Thursday’s draft.

“I wouldn't say [there’s] pressure. You just want to go out there and compete,” White told BasketballNews.com's Spencer Davies in an interview this past May about the changing of the guard. “You're aware of the history and all that, but just going out there, competing, playing the game you love. San Antonio fans are great, so you want to do well for them... I mean, basketball as a whole is changing, so you kinda have to change with the times, and we're no different. So it's just exciting that this is the way that basketball is going. It's been entertaining and it's fun to play.

Shown in the advanced metrics as well, there’s promise in the long-term for San Antonio. The Murray, White and Johnson trio a.k.a. "the 29 Boys" — arguably the three most important pieces of the next great Spurs team — carried a positive net rating (+0.5 in 532 minutes) on the court last season. With that foundation in place for multiple years, all that’s missing for the Spurs is a true star. Murray, White and Johnson are solid starters, but not ones that will wow you, nor can you build an entire organizational plan around.

Five-star recruit Chet Holmgren, who committed to Gonzaga, is the odds-on favorite to become the No. 1 pick in the 2022 NBA Draft. Let’s say Holmgren lands in San Antonio, inserting his tantalizing modern two-way ability for a big man alongside Murray, White and Johnson. The trajectory would completely change for an organization that seems to be stuck in no man’s land at the moment.

The smart play for the Spurs is to finally go in the direction they’ve avoided throughout their history. It’s a tough pill to swallow, but it needs to be done. Gregg Popovich is 72 years old and wants to field an immediate contender, but there needs to be a realistic outlook on where the roster currently sits.

Over the last 30-plus years, the Spurs landed the No. 1 pick twice. Those prospects were David Robinson (1987) and Tim Duncan (1997). Championships soon followed once those foundational moves occurred in San Antonio.

Entering a crucial rebuilding season for their young core, San Antonio must realize the next Robinson or Duncan is needed to vault the organization back to where it belongs as a consistent playoff threat and NBA Finals contender.