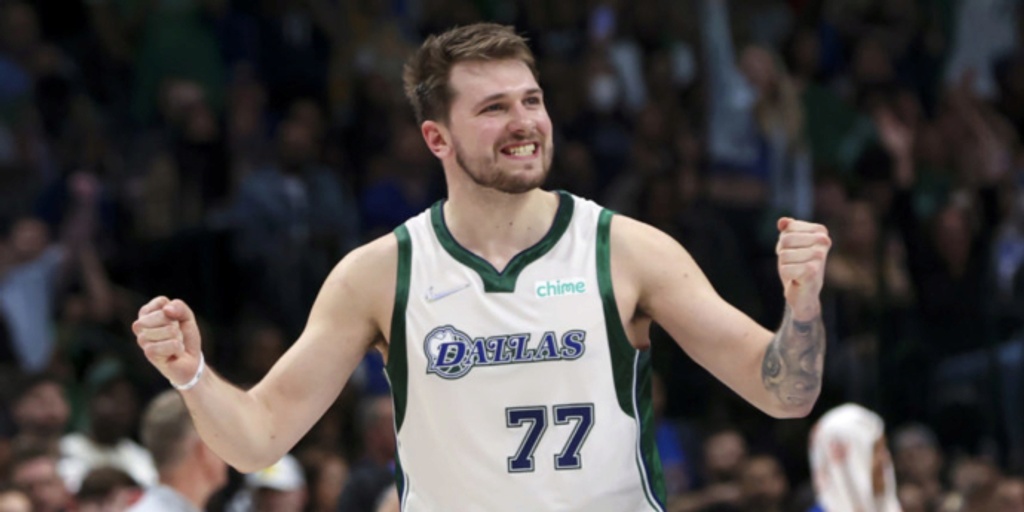 Can Luka Doncic carry the Mavericks on a deep playoff run?

We are all witnessing a fully unlocked Luka Doncic over the last three weeks. Already one of the NBA’s best players at age 23, Doncic has become the sole operating engine for the Dallas Mavericks’ success as of late.

Dallas pushed their chips all-in a few years ago for Kristaps Porzingis, but the lack of reliability from the 7-footer left much to be desired as he played alongside Doncic (when he wasn't injured). Operating with Porzingis as a sunken cost, the Mavericks traded the injury-prone big man to the Washington Wizards for Spencer Dinwiddie and Davis Bertans near the deadline buzzer, on Feb. 10. Seen around the Association as two teams swapping bad contracts, the trade was initially viewed as a wash. The results are still unclear with Porzingis in Washington, since he has yet to step on the court due to a knee issue, but Dallas seems to have found their ideal balance in the post-Unicorn era.

Over the last three weeks, the Mavericks are 6-2 with impressive victories over the Golden State Warriors (twice) and Miami Heat. During this span, the workload on Doncic’s plate is jaw-dropping. With a 42.8% usage rate in Dallas’ last eight games, Doncic is putting up monster numbers, averaging 36.1 points, 10.6 rebounds and 6.9 assists while carrying an impressive 59.4 True Shooting percentage.

It’s the Luka show at full force right now for the Mavericks, which is exactly how both player and organization feel it should be. This is seemingly the next chapter from the James Harden playbook, when he was the entire enchilada in Houston. Doncic is already on a level where he can elevate talent around him, and the early results indicate Dinwiddie and Bertans are benefiting plenty. In minutes on- and off-ball alongside Doncic, Dinwiddie has become a reliable scorer and ball mover in the Mavericks’ system. Once known as one of the NBA’s most lethal jumbo-sized shooters, Bertans is finding his touch once more with more spacing, thanks to the Slovenian phenom.

This version of Dallas looks very formidable in a wide-open Western Conference race, outside of the Suns’ early claim on the No. 1 seed. The question is, how long can Doncic keep up this type of production while carrying the entire burden of the Mavericks on his shoulders? Again, it comes back to the similar narratives around Harden in Houston. Will Doncic wear down once the postseason rolls around? Remember, he has still yet to advance past the first round. It’s a legitimate question to ask, and one Doncic will need to answer along the way. For Dallas, this is the only way they really are going to make noise in the West — hoping for Luka magic to never run out.

Operating with a maestro playmaker and scorer, Dallas’ ceiling is already high thanks to Doncic. How much untapped potential is there with this current group to bring the Mavericks to heights they haven’t experienced since the prime Dirk Nowitzki years? Brunson and Finney-Smith have established themselves as long-term pieces to the core — one already inked a new deal while the other will likely come this summer. Right now at least, Dinwiddie and Bertans slide in as key depth pieces via Washington, past the 2021-22 campaign.

The Mavericks still have work to do to optimize the fully weaponized ecosystem around Doncic, but they’re getting close. If they are able to add a starting-caliber big to bring two-way versatility — Myles Turner and Richaun Holmes immediately come to mind as great fits — it will help Doncic take another step towards his MVP ceiling.

Dallas should slot somewhere in the four-to-six range when the playoffs begin in six weeks. Only two games behind the Utah Jazz for No. 4, there’s a real opportunity to go on a run and capture homecourt advantage in round one. Right now, the West is murky at best, sans Phoenix, with the Warriors’ sliding lately. It seems like the Mavs are bunched in the same group as the Warriors, Jazz, Memphis Grizzlies and Denver Nuggets. Each team has a legitimate argument for why they can make a deep postseason push and they could potentially go toe-to-toe with the Suns in the Western Conference Finals.

Why can’t the Mavericks be that one team that breaks through in a few months? With a transcendent talent like Doncic controlling the operation, there’s no doubting what possibilities could soon be on the horizon.