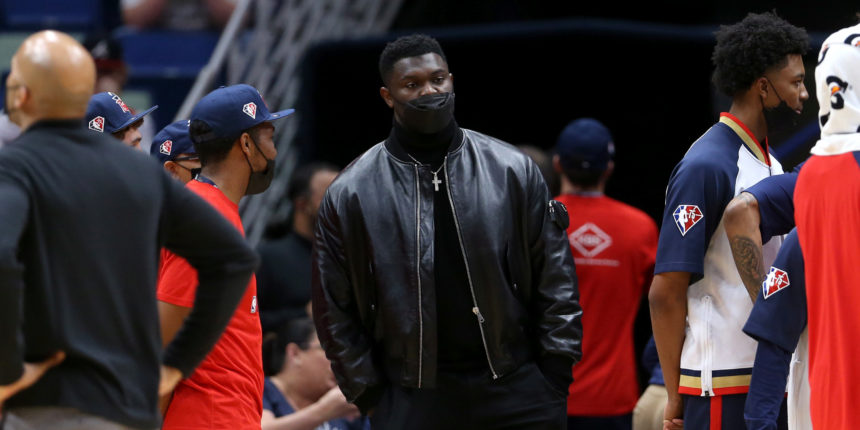 Zion Williamson to return to Pelicans after rehabbing in Portland

Zion Williamson will return to New Orleans after spending time rehabbing in Portland, according to Shams Charania.

Pelicans’ Zion Williamson is returning to New Orleans after spending time in Portland for his foot rehab, sources tell me and @WillGuillory. Williamson is cleared to progress in basketball activities. Pelicans have won four straight games and are in playoff race.

The relationship between Williamson and the Pelicans has appeared frayed of late. Most recently, Williamson was left out of a promotional email sent by New Orleans to season ticket holders that featured other Pelicans players, and Williamson also neglected to reach out to the newly acquired CJ McCollum following his arrival via trade.

It is unclear if Williamson is simply returning to the New Orleans area, or if he'll rejoin the Pelicans team, albeit in a limited capacity. Competitors will look pry Williamson away from New Orleans as soon as this offseason, so the Pelicans must quickly gauge if the relationship is salvageable.

How the Warriors' defense flummoxed Dallas, and where the Mavs go next
10h

Stephen Curry's defense continues to shine for the Warriors
yesterday

2022 NBA offseason preview: What's next for the Phoenix Suns?
yesterday