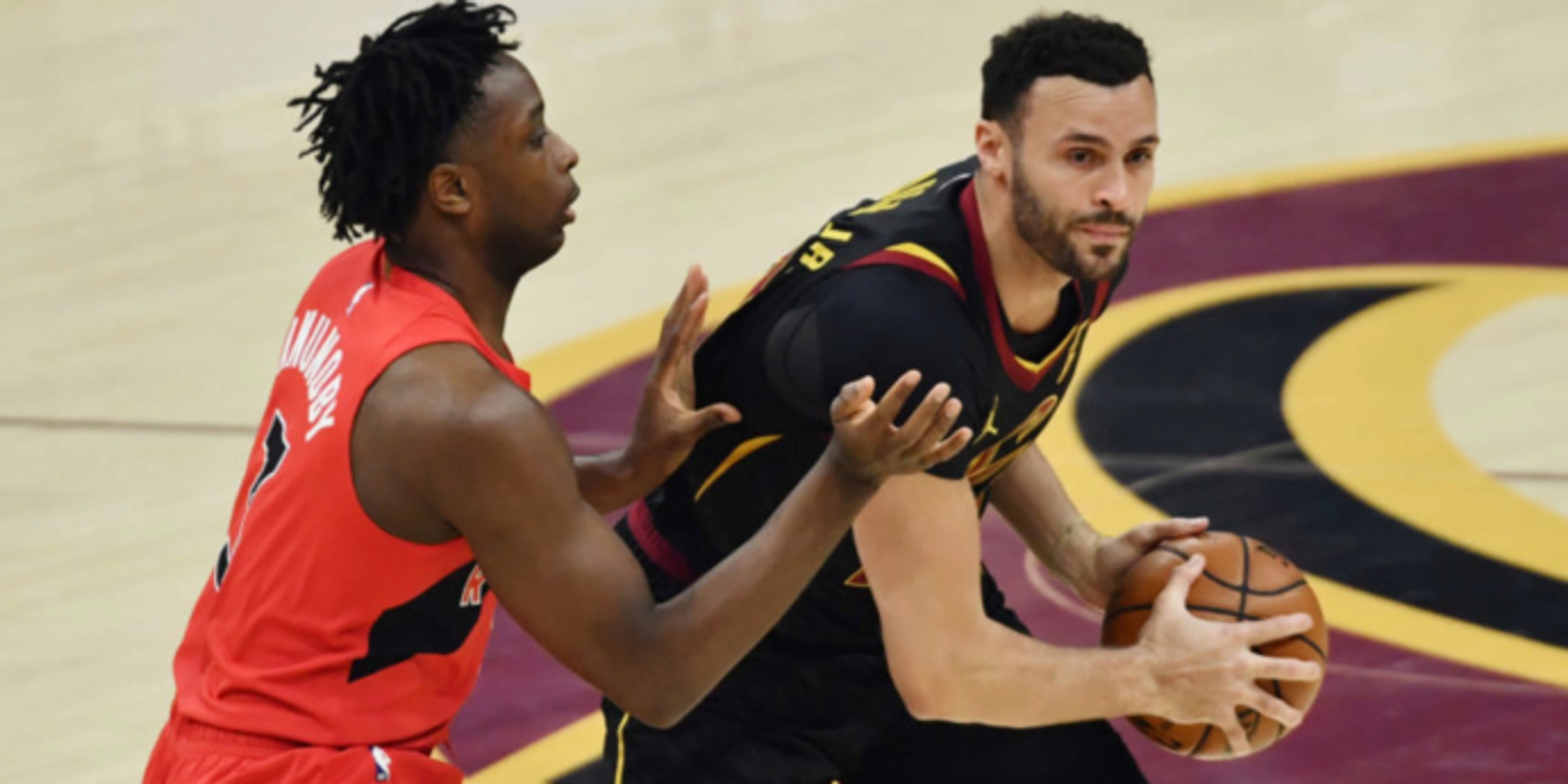 What Larry Nance Jr. brings to the Portland Trail Blazers

We got some August randomness on Friday, with the Cleveland Cavaliers, Chicago Bulls and Portland Trail Blazers hooking up on a three-way sign-and-trade deal.

The Cavaliers landed forward Lauri Markkanen (four years, $67 million) from the Bulls; the Bulls received Derrick Jones Jr. and a lottery-protected 2022 first-round pick from the Blazers, and a 2023 second-round pick (via Denver) from the Cavaliers.

The early winner of the trade would be the Blazers, who acquired forward Larry Nance Jr. from the Cavaliers. It isn't the star swing that Blazer fans – and probably Damian Lillard – were hoping for. It is, however, a strong move toward adding frontcourt versatility on both ends of the floor.

The 28-year-old is coming off a productive, yet injury-shortened campaign in which he averaged 9.3 points (55/36/61), 6.7 rebounds, 3.1 assists and a career-high 1.7 steals per contest. Those aren't numbers that scream at you (aside from the steals, maybe), but they paint the picture of one of the NBA's most underrated gap-fillers.

Off the ball, Nance Jr. provides value as a screener or cutter. Thanks to his blend of athleticism and improved shooting stroke, he can operate as a roller or pop man in ball-screen actions. He doesn't just recognize what space to fill; there's a certain cadence to the way he fills it. It depends on how zippy his ball-handling partner is and, naturally, how the defense reacts.

A big who can space and roll is inherently valuable as a screening partner. The fact that Nance Jr. has a little bit of short-area creation – he can take a dribble or two, spin, then finish over the top with jump hooks – is a bonus. Factor in his processing speed and passing ability, and you have a true short-roll threat on your hands.

That makes the future partnership between Nance Jr. and Damian Lillard a fun one to envision. Lillard has logo range on his jumper and consistently draws two defenders in ball-screen situations. Giving Nance Jr. a runway should make him even more dangerous as a finisher, and further unlock his passing chops. Get ready for more possessions like this.

Nance Jr.'s utility to a short-roll passer will be useful, but it's important to note that isn't the only context in which his passing can provide value. He's a grab-and-go threat after defensive rebounds, able to map out the floor and make reads in transition. In the half-court, he can be used as a high-post hub, or create passing windows with random cuts against bent defenses.

The possibilities with Nance Jr. are endless. High pick-and-rolls or impromptu handoffs with Lillard or C.J. McCollum. Post split action with Norm Powell flying downhill. High-low reads between Nance Jr. and Jusuf Nurkic. The Blazers will appreciate the versatility – and the randomness – that he'll inject into the offense.

On the other side of the floor, Nance Jr. provides a level of versatility that few forwards in the NBA can match. Before injuries derailed his (and the Cavaliers') season, Nance Jr. was putting together an All-Defensive-Team-caliber campaign.

He's truly destructive as a help defender, an important trait for a Blazers team that employs a pair of small guards who struggle with screen navigation. Nance Jr.'s combination of length and mobility allows him to disrupt ball-handlers at the nail, play the passing lanes on kickouts, and erase interior openings with timely rotations.

Nance Jr. is also switchable as a defender. He's most comfortable defending forwards – he's primarily a 4, though the Cavs played him at the 3 in some of their jumbo lineups. He does, however, possess the mobility to hang with guards in a pinch. For a guy his size, he does a solid job of mirroring ball-handlers in space.

He doesn't possess the strength to consistently play the 5, though there may be certain matchups that the Blazers could slide him down a spot. We may very well see a Lillard-McCollum-Powell-Robert Covington-Nance Jr. lineup get burn throughout the year.

In Nance Jr., the Blazers have a bridge on both ends of the floor. With his playmaking and vertical "oomph," he serves as a near-perfect complement to the pull-up prowess of Lillard. More importantly, his creativity – random screens, cuts, handoffs – can help make life easier for the non-Lillard/McCollum players if possessions break down early in the clock.

Defensively, it's hard not to get excited about the type of impact Nance Jr. can provide. If the Blazers do stick with drop coverage as their base, he can get busy as a helper at the nail or as a weakside rim protector lower on the floor. The prospect of Nance Jr. and Covington wrecking worlds on the perimeter while Nurkic, a steady if not scheme-limited rim protector, sets up shop in the paint could be the foundation of a good-enough defense.

Is the Nance Jr. move enough to save what has otherwise been a questionable offseason for the Blazers? The jury is very much out right now. But it is undoubtedly a move in the right direction, and one that should make life easier for the franchise's star on both ends of the floor.