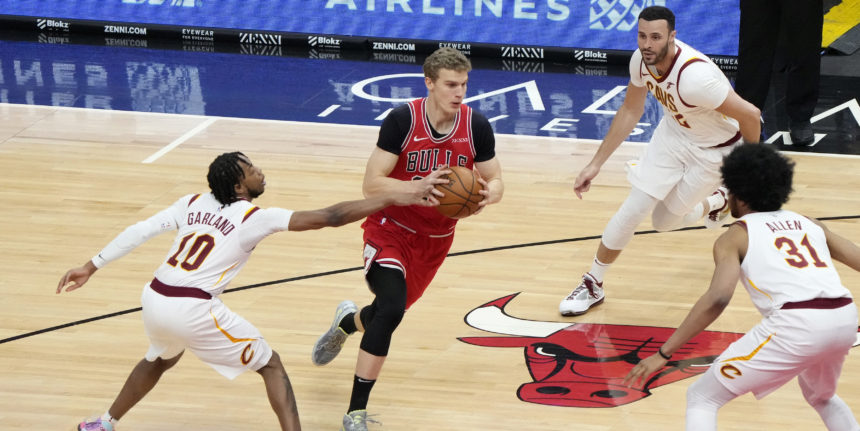 Instant reaction: How will Lauri Markkanen fit into Cavs' plans?

The Cleveland Cavaliers are set to acquire Lauri Markkanen from the Chicago Bulls in a three-team deal involving the Portland Trail Blazers, league sources confirmed to BasketballNews.com. Via sign-and-trade, the Cavs are sending out Larry Nance Jr. to the Blazers, while the Bulls will receive Derrick Jones Jr., a protected first-round pick from Portland and a future second-round pick from Cleveland (via the Denver Nuggets).

"Super skilled and the shooting need was real," one source close to the Cavaliers told BasketballNews.com of the sign-and-trade acquisition.

At first glance, this is a perplexing move from the Cavs' end. The team has been actively looking for shooting help on the wing all this summer, but has thus far come up empty. While Markkanen is a career 36.6% three-point marksman who's coming off his best shooting season beyond the arc, there's one snag: he's a power forward. Cleveland now has four of those in Markkanen, No. 3 overall pick Evan Mobley, Kevin Love and Dean Wade — and it just lost a Swiss-Army knife in Nance who played 3-through-5 on any given night.

On the bright side, Markkanen won't need to have the same type of defensive impact with the frontcourt towers (Jarrett Allen and Mobley) behind him. With that said, we don't know where he'll be slotted rotation-wise.

That's a lot of cooks in the frontcourt kitchen for Cavs head coach J.B. Bickerstaff to allocate minutes. We know exactly how high the organization is on Mobley, so it seems unlikely they'll sacrifice his developmental minutes. As far as Love is concerned, a league source told BasketballNews.com back in June that his role will likely be reduced, as will his playing time (if he's not bought out).

"Love that he’s 24 and we have him for four years," the Cavs source said.

So how does Markkanen fit in long-term?

He's not going to be Allen's backup at the 5. Is he going to spell a rookie? You're not going to play him at small forward, as he's not nearly quick enough laterally to keep up on defense in spite of the matchup nightmares that could be provided offensively. (If anything, Mobley would see time at the 3 in a lineup featuring Markkanen). There are still plenty of areas to unlock in Markkanen's game at just 24 years old; however, this could be a square-peg-into-round-hole situation if they're not careful.

The route that makes the most sense is for Markkanen to space the floor for both Allen and Mobley, perhaps by backing up Mobley at the 4 and playing alongside Allen in spurts (while also playing alongside Mobley when he slides over to the 5). Another option is for Markkanen to start next to Allen since the 24-year-old already has four seasons of experience under his belt (which would allow Mobley to be brought along slowly in his development).

On the positive side, the Cavs did get a dependable floor-spacer with the ability to consistently drill shots from deep. He's also shown some improvement putting the ball on the floor when his defenders close out as well. Darius Garland and Collin Sexton will have the option to kick-out to him on the perimeter for plenty of catch-shoot opportunities, and have reliable high-handoff threats inside with Allen and Mobley.

Markkanen will fit right in with the young core, not just from an age perspective, but also due to the fact that he'll be on his fourth head coach entering the fifth year of his career. He needs to stay healthy, as he missed 21 games this past season and 30 contests in his sophomore year due to injury.

How this all works together, though, is a question that we honestly can't answer. Can a triumvirate of Markkanen, Mobley and Allen co-exist on the same roster? Is there another move up the organization's sleeve to find help on the wing?

Will Markkanen come off the bench? That seems hard to believe given the Cavaliers signed him to a four-year, $67 million contract in this transaction... but it might be the only way to make this work.