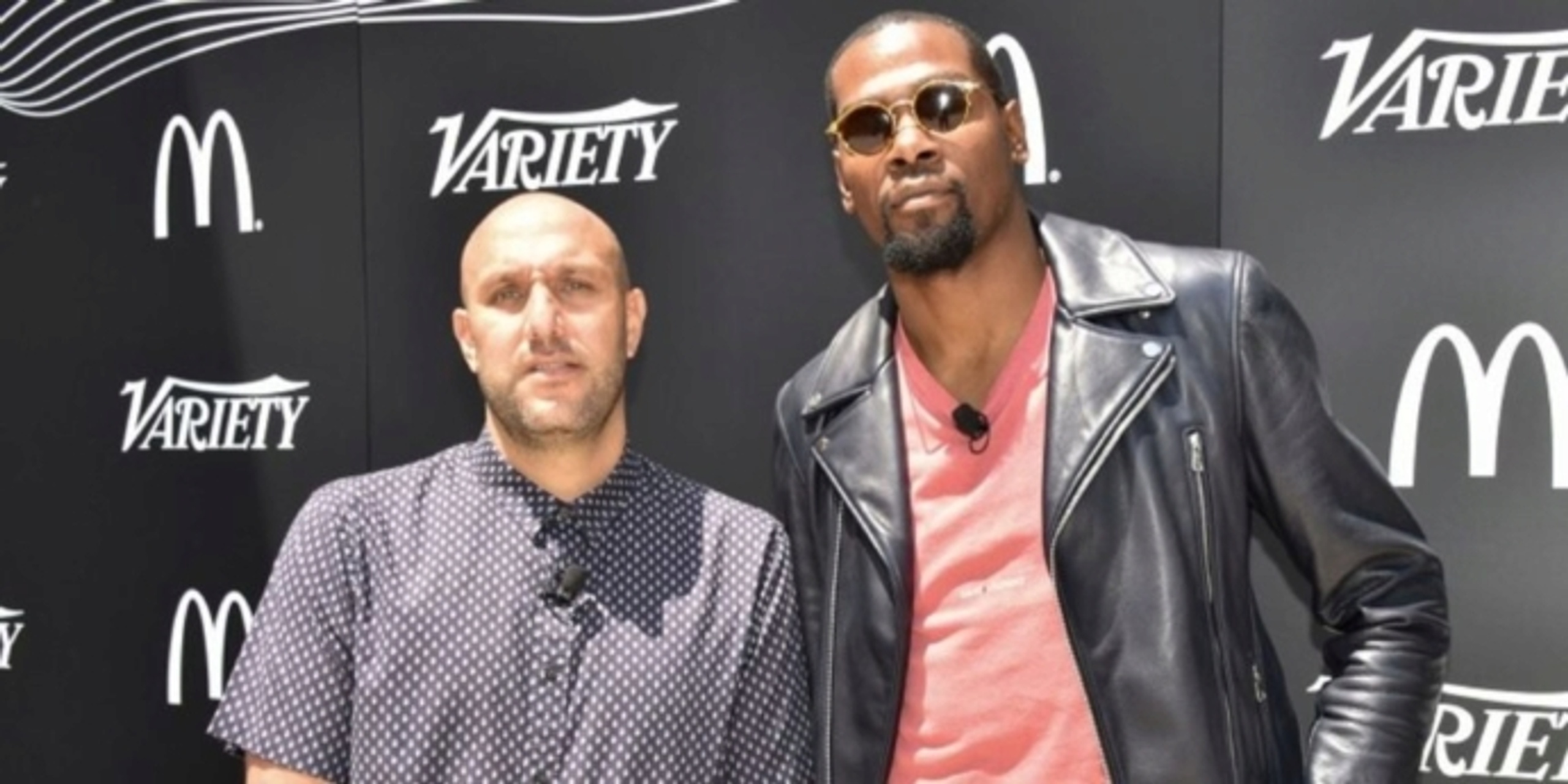 The player-empowerment era in the NBA has allowed athletes to do so much more than just change teams when they feel it’s time to move on from a situation. It has also led to athletes having more opportunities and control off the court as well.

One of the best examples (in both areas) is Kevin Durant.

While LeBron James may be credited with starting the player-empowerment era with his move to Miami back in the summer of 2010, Durant put an exclamation point on it when he left Oklahoma City for the Bay Area and joined the Golden State Warriors in the summer of 2016. Durant has also followed suit on the business side of things. While James’ business ventures may be more well-known to date, Durant isn’t far behind in that regard.

Durant’s most notable endorsement deal is with Nike, with whom he reportedly signed a 10-year contract worth up to $300 million back in 2014. He also has endorsement deals with Google and Alaska Airlines, but things certainly don’t stop there for Durant. In fact, you could argue that his endorsements aren’t moving the needle much in comparison to his other business endeavors.

Durant and his business partner, Rich Kleiman, own a venture capital firm named Thirty Five Ventures, and that’s where Durant has done incredibly well from the business standpoint.

Coinbase recently made waves as the company went public, and made Durant and Kleiman’s investment worth over 53-times what they originally put into the company back in 2017. Another one of their victories on the same front came via a $1 million investment in Postmates prior to its sale to Uber back in 2020.

“I know I’m just a basketball player, so I was smart enough to hire people who are really good in that field,” Durant told our Alex Kennedy (via HoopsHype) in 2018. “I can’t take all of the credit for that. I have such a great team of people around me who have pushed me to explore that field and learn more about it because, like I said, I’m just a basketball player. That’s what I do and I usually don’t want to do anything else. I’m happy when I’m playing basketball. But I have to give a ton of credit to the people who forced me to think outside of the box a bit because it’s changed my life and made my life more interesting. It’s not for every basketball player and it doesn’t always turn out this way, but for me, it was a natural progression and things really worked out.”

But Thirty Five Ventures isn’t just about investing in things like the aforementioned Coinbase and Postmates; it’s also a company that creates and produces content -- and award-winning content, at that. Durant isn’t the first star athlete to enter this space, but it’s something he and Kleiman have done incredibly well and it’s paid off.

“All of the amazing athletes who succeeded in business – from Magic Johnson to Michael Jordan to LeBron James – brought something different to the table and they continued to evolve and learn from those before them,” Kleiman told HoopsHype back in 2018. “LeBron laid out such a great blueprint: He looked at brand deals differently, he valued quality over quantity and he realized that athletes of this caliber are global brands so they should have equity in these businesses. Kevin learned so much from LeBron. Now, Kevin is building his own business in his way, and he will evolve, bring something new to the table and inspire the people after him.”

Durant and Kleiman have been able to learn from James in some aspects, as James has a production company of his own and regularly helps out with content, not to mention starring in the upcoming “Space Jam 2.” As for Durant and Kleiman, the pair recently won an Academy Award for their work on the short film “Two Distant Strangers” in the ‘Best Live Action Short’ category. Thirty Five Ventures also sold a show to Apple TV plus called "Swagger,” which is a drama series that’s based on Durant's youth basketball experience.

Beyond that, Durant and Kleiman have created “Boardroom,” which is somewhat similar to LeBron’s “The Shop” on HBO, but it focuses more on the business side of things. The show has featured the likes of Malcolm Jenkins, David Shaw, Justin Tuck, Brandon Marshall, Nick DePaula and many others. They talk about everything from how coaches game plan, to how sneaker deals work, to how athletes are able to build their own brands and more. This might be where Durant’s future in business looks the brightest, at least in terms of creativity. Recently, Durant and Kleiman have also expanded the Boardroom brand by creating new shows, launching their website and collaborating with Sports Business Journal on a print product.

Another thing Durant and Kleiman have been involved with is Overtime, a media outlet with a huge social media presence. The two have been backing the company for several years, and reportedly invested over $10 million. They’ve also created content for Overtime and have been helping behind the scenes as well. Now, the company is launching Overtime Elite, which will serve as an alternative to high school for elite basketball prospects with NBA futures.

When it comes to Durant’s business endeavors, he’s taken a behind-the-scenes approach to certain companies and a hands-on approach with others. While his basketball career continues to be one of the best out there, his post-NBA career is shaping up to be just as fascinating.