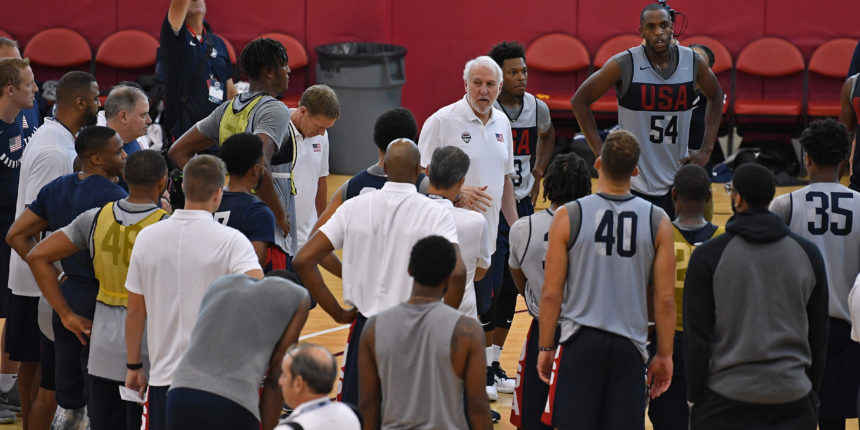 As the new Training Camp Home of the USA Basketball Men’s and Women’s National Teams, MGM Resorts, in partnership with USA Basketball, will host four additional countries in Las Vegas, creating a must-see international basketball competition prior to the teams’ departure for Tokyo.

Fans will have the opportunity to watch seven USA Basketball Men’s and Women’s National Team exhibition games July 10-18, as both teams take on top international opponents in preparation for this summer’s historic competition. The lineup includes a rare opportunity to see both the USA Men’s and Women’s National Teams play live on the same day, July 16 and 18, as well as opportunities to see three additional matchups between the other foreign national teams. Each of the five days of exhibition games will be doubleheaders. Tickets go on sale Wednesday, June 16 at 10 a.m. PDT, and ticket information is available online at https://axs.com/USABasketball.

“USA Basketball is proud to expand its partnership with MGM Resorts. We’re excited to bring our national teams to their properties as we prepare for the challenging competition that lies ahead this summer,” said Jim Tooley, USA Basketball CEO. “Training camps are such an important foundation for our preparation and having such a strong commitment from MGM positions us for great success.”

Lance Evans, Senior Vice President of MGM Resorts, Sports, said, “MGM Resorts and Las Vegas have an extensive history with USA Basketball. This expanded partnership will allow us to showcase our resorts as we host multiple USA Basketball games at Michelob ULTRA Arena at Mandalay Bay, as well as a variety of USA Basketball-related activities. We look forward to offering hoops fans another reason to visit the Sports Capital of the World.”

Comprehensive health and safety protocols will be in place, including mandatory and regular COVID-19 PCR testing, administered to athletes, coaches, officials and staff in accordance with FIBA and USA Basketball recommendations and CDC guidelines.

The rosters for training camps are to be announced, but they will be comprised of members of the USA Men’s and USA Women’s National Teams.

Based in Colorado Springs, Colorado, and chaired by retired Gen. Martin Dempsey , USA Basketball is a nonprofit organization and the national governing body for basketball in the United States. As the recognized governing body for basketball in the U.S. by the International Basketball Federation (FIBA) and the United States Olympic & Paralympic Committee (USOPC), USA Basketball is responsible for the selection, training and fielding of USA national teams that compete in FIBA-sponsored five-on-five, 3x3 and esport international competitions, as well as for some national competitions and for the development of youth basketball initiative that address player development, coach education and safety, while promoting, growing and elevating the game.