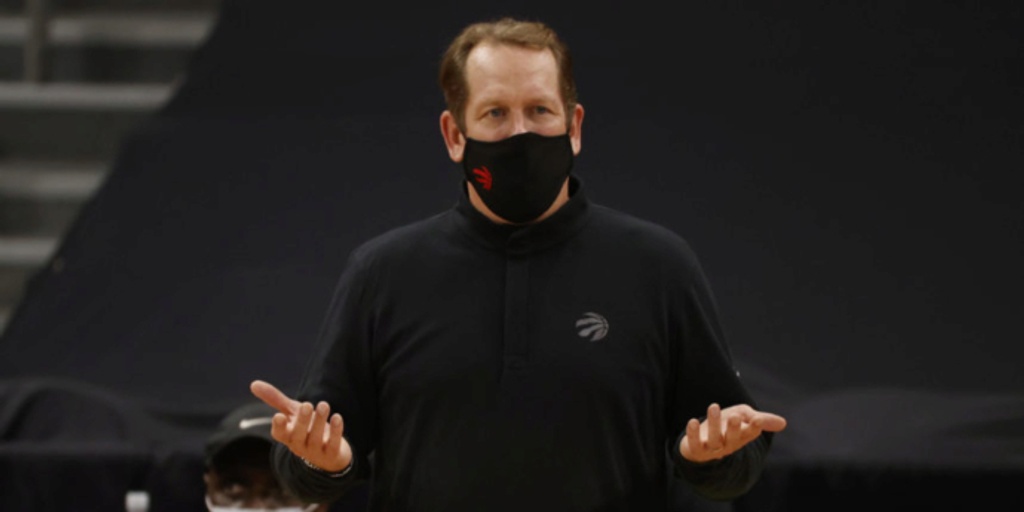 Toronto and Detroit game postponed on Tuesday, rescheduled for Wednesday

The first half of the NBA season set to wrap up later this week, the league is still being forced to shuffle its schedule.

The Toronto Raptors have been dealing with a COVID-19 outbreak that has sidelined head coach Nick Nurse, five of his assistants, and All-Star forward Pascal Siakam through the All-Star Break. This has meant that the Raptors are part of that schedule shuffle.

Toronto and Detroit were set to play on Tuesday night, but as the Raptors continue to undergo contact tracing, the NBA has postponed that matchup, and tentatively scheduled it for Wednesday night instead.

The Raptors-Pistons game Tuesday has been postponed and tentatively rescheduled for Wednesday.

The Raptors are also set to play on Thursday against the Boston Celtics as well.

This postponement marks the 35th time that the NBA has been forced to postpone a game this season, with 31 of those postponements coming as a result of COVID-19.