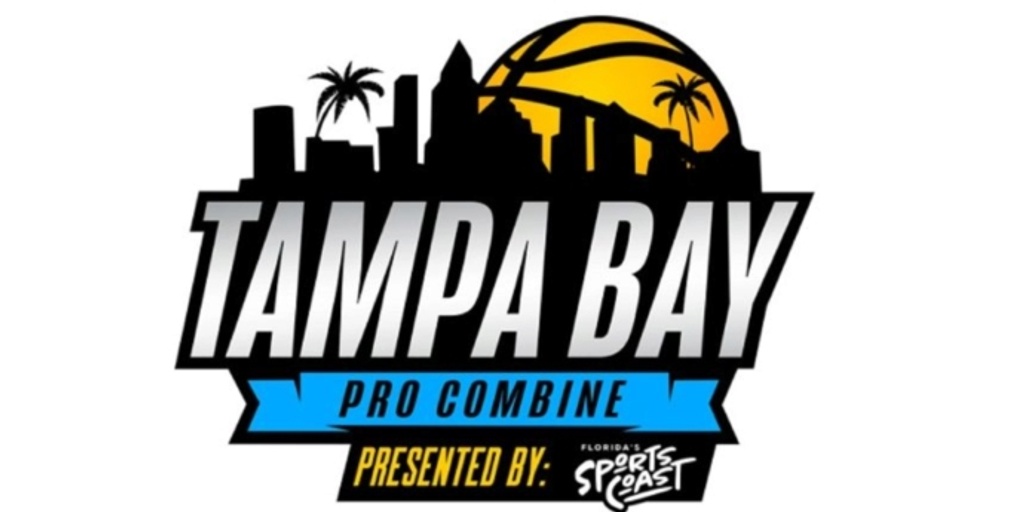 The Tampa Bay Pro Combine, presented by Florida’s Sports Coast, is back for a second-straight year! From April 26-29, the TBPC will return to Wiregrass Ranch Sports Campus in Wesley Chapel, Florida. This pre-draft event will feature 24 draft-eligible college basketball prospects looking to showcase their skills as they transition to the pros.

The four-day event will start with two days of simulated NBA pre-draft workouts (April 26-27), in which NBA personnel will be welcome, followed by a slam-dunk contest and a three-point shootout on Friday, April 28th, and finishing with a double-header of two formal games on Saturday, April 29th.

The schedule for this year’s Tampa Bay Pro Combine is as follows:

The TBPC was created by co-founders Darryl Hepburn and Rashaad Ubah to create an additional opportunity for NBA hopefuls to showcase their skills during the pre-draft process as they look to launch their professional basketball careers. For more information, check out the TBPC’s website.

The Tampa Bay Pro Combine (“TBPC”) is a basketball invitational event that showcases the skills of top prospective professional basketball players while helping them acquire the tools they need to begin their professional careers. Prospects pace through several days of basketball drills, physical measurements and competitive games in a series of exclusive events. The TBPC serves as a gateway for prospects to secure professional opportunities in American and international leagues including the National Basketball Association (NBA) and NBA G League among others.

The TBPC is held in picturesque Wesley Chapel, a suburb of Tampa Bay, Florida — the fastest-growing region in Florida. With a host of unique dining experiences, leisure and recreational choices and venues like no other, there is much to discover in the Tampa Bay Area. TBPC attendees can enjoy award-winning beaches, amusement parks, unparalleled cultural offerings and other entertainment, like The Seminole Hard Rock Hotel & Casino, during their stay. The TBPC provides a world-class basketball invitational experience!