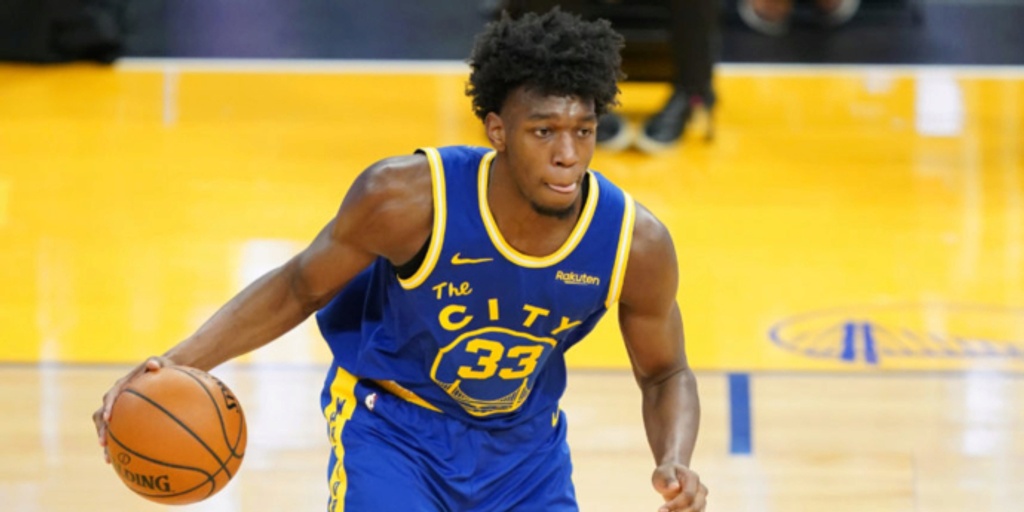 After undergoing season-ending surgery last April, he has had multiple setbacks. In mid-December, he had a second procedure on his knee to remove loose fragments and reduce swelling.

While it's been a frustrating process, the 20-year-old did take a significant step toward returning on Saturday when he participated in his first non-contact practice since the injury occurred.

With that said, it's unclear when Wiseman will be able to return to the Golden State Warriors' lineup. Head coach Steve Kerr suggested that he may be out until this year's playoffs at the earliest.

"There's a chance that he could be playing come playoff time," Kerr told Connor Letourneau of the San Francisco Chronicle. “We don't really know what to expect... He practiced today and looked great."

The No. 2 overall pick in the 2020 NBA Draft played 39 games as a rookie, averaging 11.5 points, 5.8 rebounds and 0.9 blocks, while shooting 51.9% from the field, 31.6% from three and 62.8% from the free-throw line. Wiseman was inconsistent last season, but that's to be expected since young centers typically have a harder time getting acclimated to the NBA and take longer to develop.

“[Returning to practice] was a good step for him,” Warriors guard Damion Lee said, per Letourneau. “The injury-rehab process, everything of that nature, I understand that; it’s something I’ve gone through in the past. So for him to just be back on the court, it was great. Just to see him happy, see him in good spirits.”

Over the last year, Wiseman has said that he’s watched a lot of film, worked on his footwork and lateral movements, and improved his upper- and lower-body strength. He has also been meditating and finding ways to "keep his mental sharp." He has spent a lot of time putting up shots and working on his form too.

“I learned a lot from last year," Wiseman told reporters prior to the season. "Even though the injury sucks, it happens — but none of that gets me down because I'm strong. I can withstand anything... Without adversity, you can't grow. I just took that [injury], ran with it and made a positive out of it. And I'm going to be way better this year because I learned all that last year.”