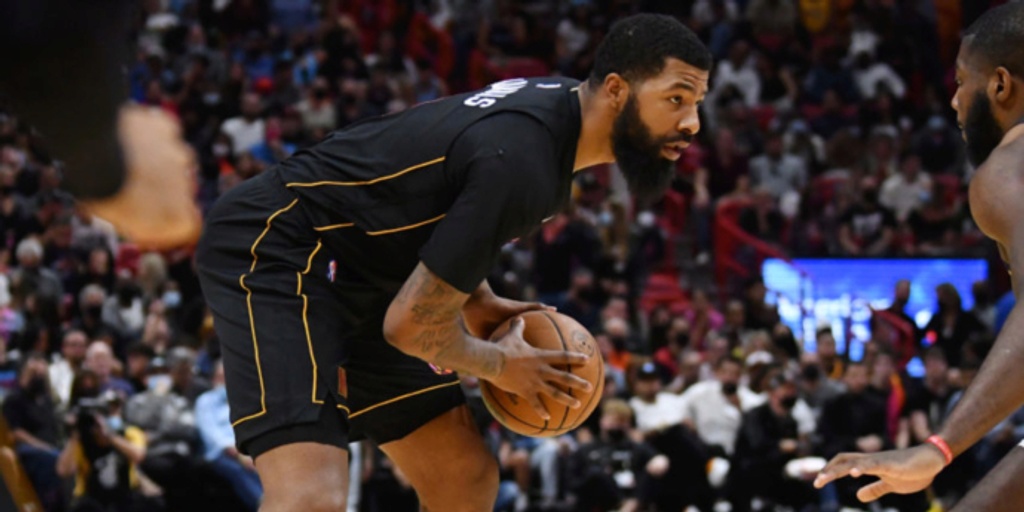 Markieff Morris may miss remainder of season due to neck injury?

Heat forward Markieff Morris, who has been sidelined since Nuggets center Nikola Jokic shoved him to the floor three months ago, wants to play in games but the team still has not cleared him to do so, multiple sources told The Miami Herald this week.

The Heat’s position has left in question when or if the veteran power forward will return to play this season.

Morris’ injury — sustained in that Nov. 8 game in Denver — was termed “whiplash” by the Heat. The Heat is now listing him as out because of a “return to competitive reconditioning.”

ANALYSIS: In response to this report that the Heat are concerned about his neck, Markieff Morris tweeted: "Both sides concerned. Don’t trip though you’ll see me again this year! That’s a Fact!"

However, it remains to be seen when (or if) the Heat will clear Morris to return. He has appeared in just 10 games this season, and he has missed 44-straight contests due to the neck injury.

Jackson notes that this isn't Morris' first neck injury, as he also missed six weeks back in January of 2019 due to transient cervical neurapraxia, which caused "neck and upper back stiffness."