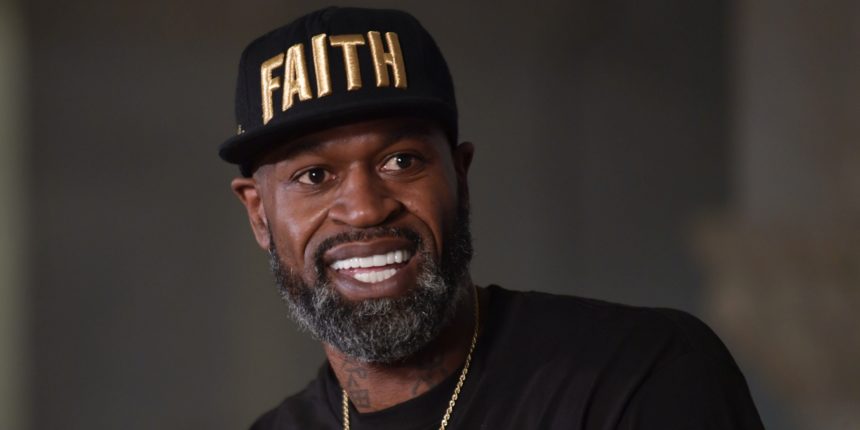 Stephen Jackson: We only knew of George Floyd murder because of Darnella Frazier

About four months ago, I interviewed former NBA player Stephen Jackson for my podcast, "The Rematch," and he opened up about his relationship with George Floyd and how his murder set him on a path of activism, prompting him to use his voice and platform like never before.

During the interview, I asked him a question that my 13-year-old daughter Imani asked me while we were discussing Floyd's murder: “Daddy, if the person wasn’t there to record Officer Derek Chauvin murdering George Floyd, do you feel that we would’ve ever heard of this case?"

“No, because I would have never seen it, I would’ve never gotten involved and the world’s outrage wouldn’t have been the same if the world never saw it," Jackson said. "It was all on TV everywhere all day. If she didn’t record it, it would’ve been just like the millions of other murders that we never hear about.”

I thought about Jackson's answer shortly after Tuesday’s verdict. The (s)hero my daughter was referring to was then-17-year-old Darnella Frazier.

Steve was absolutely correct. If Frazier didn’t wisely and fearlessly take out her camera and record, Chauvin would’ve continued terrorizing the streets of Minneapolis as if nothing ever happened, and there is actual proof of this.

Below is the official documentation of what Minneapolis Police originally said happened to Floyd. These were the “facts” they came out with after they murdered him.

Seriously, read it again knowing what we know: pic.twitter.com/XqPWCpoxeQ

The heading reads: “Man Dies After Medical Incident Involving Police Interaction.” It also says, “At no time were weapons of any type used by anyone involved in this incident," although Chauvin’s knee was in fact used as a weapon...I guess they weren’t too hung up on technicalities.

As seen in this report, Minneapolis Police was ready to close the case, and the world would have never known what really happened.

But then came the video and the world saw the terrifying truth of what really happened. It was something out of a horror movie, like a scene from "Them" on Amazon Prime. Compare the look on the lady's face from Episode 5 who kept repeating “cat in a bag” to Officer Chauvin, who callously pressed his knee on Floyd’s neck for over nine minutes, put his hands in his pockets so that he could apply more pressure and had a look of pure evil on his face while doing it.

But this real-life horror movie would’ve never been seen if it weren’t for Darnella Frazier, who kept the camera rolling as she watched Floyd breathe his last breath:

"I heard George Floyd saying, 'I can't breathe, please, get off of me'...and crying for his mom," Frazier testified in court. "He was in pain. It seemed like he knew it was over for him."

And thanks to Frazier, an entire movement started.

People from all across the country got involved. Stephen Jackson, who knew Floyd personally, thrust himself into a movement that resonated with the entire world. He flew down to Minneapolis and spoke at rallies. From CNN, ESPN, Inside The NBA on TNT, The Undefeated, Undisputed, and here on BasketballNews.com, Jackson appeared on every media outlet he possibly could, calling for justice for his friend who he called Twin.

But it wasn’t just Jackson. The impact of Frazier’s video led to the firing of three other cops who were also at the scene, a ban on police chokeholds and a federal investigation of this case, and it sparked a global movement heard around the world: Justice for George Floyd.

And finally, for the first time in Minnesota state history, a white police officer has been found guilty for murdering a Black Man (which is also a tragedy in itself, as we all know this is not the first time it has ever happened).

BREAKING: Derek Chauvin has been convicted of the murder of George Floyd.

For the first time in Minnesota state history, a white police officer has been held accountable for killing a Black man.

"Taking that video, I think many folks know, is maybe the only reason that Derek Chauvin will go to prison," Walz said.

And he’s absolutely right. The entire world would’ve only had the police version of (facts/lies) to go by, and there would’ve been no guilty verdict, no trial, no accountability, no new laws passed, no worldwide uproar. None of this would’ve happened if it weren’t for the bravery of Darnella Frazier.

Roundtable: Who is the most untouchable player in the NBA?
5h

The Knicks are (finally) winning: Is this only the beginning of their run?
8h