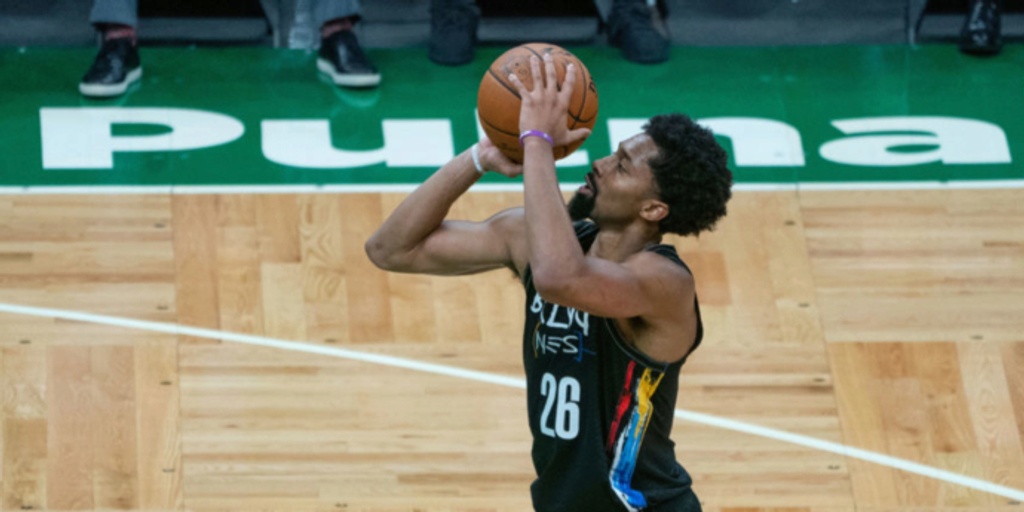 Spencer Dinwiddie says his ACL injury recovery process has been smooth, and also hinted at an uncertain but possible playoff return for the Brooklyn Nets.

"Ohh, that's a tough one," he said. "Recovery's going great...The ramp-up to be able to play in a playoff atmosphere is realistic."

ANALYSIS: Dinwiddie played just three games this season before suffering the injury, which initially was assumed to sideline the Nets guard for the entire season.

The 28-year-old would add a serious scoring punch to Brooklyn's rotation should he return for the playoffs.