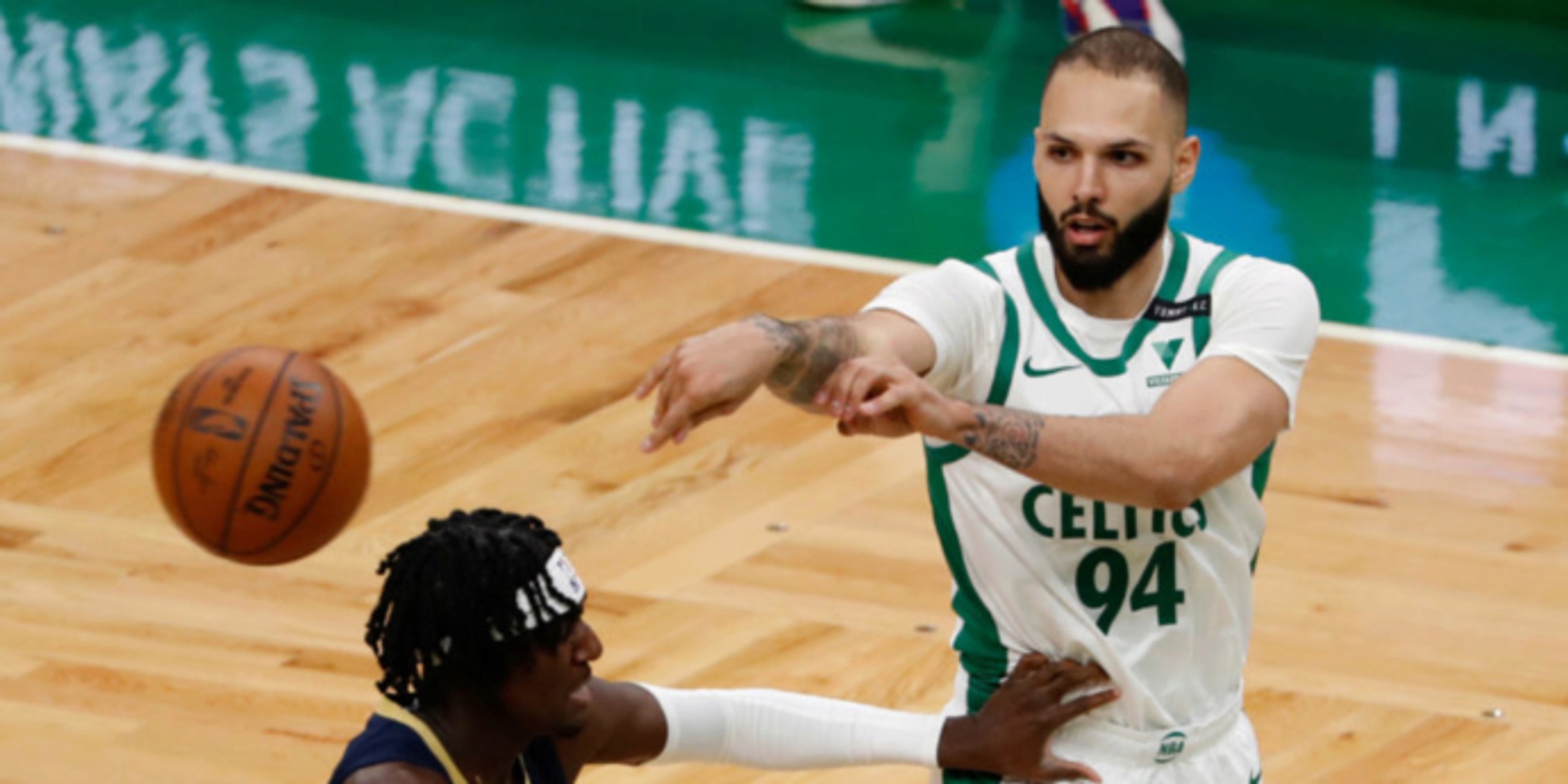 Evan Fournier, Robert Williams could be nearing return for Celtics

On the Boston sports radio show Toucher and Rich, Celtics general manager Danny Ainge hinted that Evan Fournier and Robert Williams are getting closer to on-court returns. Fournier could be back "maybe this weekend" and Williams is "not too far off."

ANALYSIS: As the Celtics look to get healthy and make a playoff push, getting Fournier and Williams back would be critical. Fournier, who has been in the league's health and safety protocols, has only played in four games for Boston since coming over at the NBA trade deadline. Williams has battled a knee injury and missed the C's last three contests.