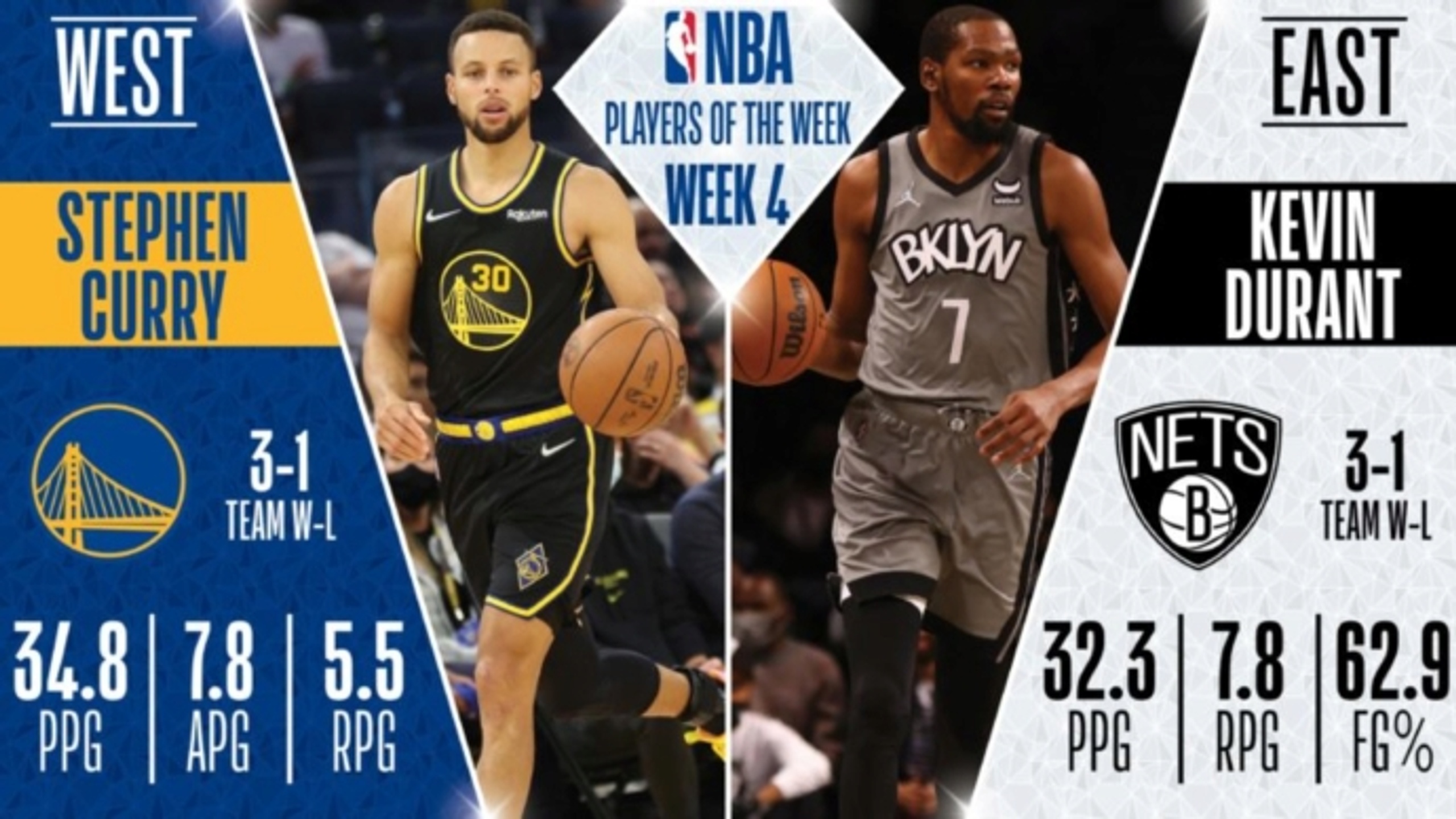 The NBA announced that former teammates Stephen Curry and Kevin Durant have been named NBA Players of the Week for Nov. 8-14 in their respective conferences.

Curry led the Warriors on a 3-1 week, improving the Warriors record to a league-leading 11-2, averaging 34.8 points, 7.8 assists, and 5.5 reboudns per game. He shined brightest with nine three pointers in a dazzling 40-point display that helped him pass Ray Allen for the most three pointers of all time.

Durant also helped the Nets along to a 3-1 record as he dominantly averaged 32.3 points and 7.8 rebounds with an unstoppable 62.9 field goal percentage. In a blowout win against the Orlando Magic, he missed just one of twelve attempts en route to a 30 point performance.

Other nominees for Player of the Week: