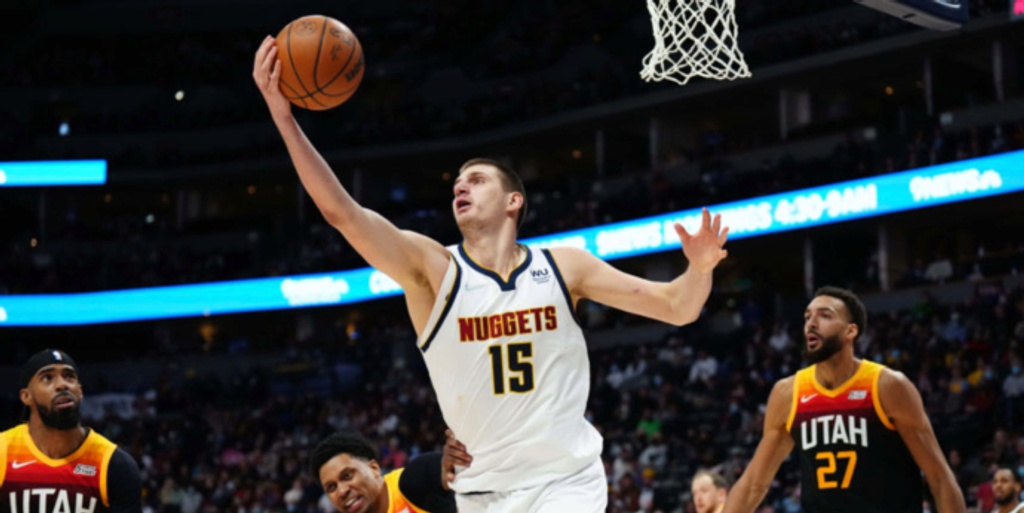 Stats Notebook: What can data tell us about the NBA's best rebounders?

I've never fully understood how to weight rebounding proficiency in the general sphere of NBA skills.

Rebounding is logically coveted by teams. Boards extend possessions on offense and flip possessions on defense. At the most fundamental level possible, a rebound equals another opportunity to score.

Yet, individual rebounding doesn't seem to be a base skill for stardom. Hassan Whiteside led the NBA with 14.8 rebounds per game five years ago, yet has bordered on the fringe of rotations in recent seasons. Andre Drummond paced the league in rebounding for three straight years, but was ultimately bought out by the Cleveland Cavaliers in 2020-21.

What does it mean to be "good" at rebounding, and how much does individual rebounding ultimately matter? I don't know the final answer, but I dug into some stats to try and highlight how proficient glass-cleaners could be identified.

The NBA uses Second Spectrum tracking data to identify rebound chances, which occur when a player is "the closest player to the ball at any point in time between when the ball has crossed below the rim to when it is fully rebounded." With this, you can then find the rate players grab rebounds from those chances, and even remove the results when a chance is deferred to a teammate — ultimately arriving at a state called Adjusted Rebound Chance percentage. Here are the NBA leaders to date on a decent volume of chances (min. 30 games played, 10.0 chances per game):

These numbers can also be separated by offensive and defensive rebounds. We actually posted some leaders earlier this week, and I found the names incredibly interesting:

These guys are crashing the glass hard 💪 any surprises? pic.twitter.com/ht3w7ZaHzD

Going back to the first set of leaders — was it surprising to find Doncic and Tatum atop the list? Both grab over 8 boards per game, but neither are considered among the game's greatest glass-cleaners. They've done a great job with their chances this season; however, their chances appear to be much easier.

Contested rebounds happen where the nearest opponent is within 3.5 feet of the rebounder. Less than 25% of Doncic and Tatum's rebounds are contested. That's far less than some of the top interior paint presences; Mitchell Robinson, for example, has a whopping 61.7% of his rebounds listed as contested.

On an offhand search through the data, a 40% contested-rebound rate seems to be a fair baseline for a challenging workload. These are the Adjusted Rebound Chance percentage leaders with that additional filter applied.

There's one more stat in the NBA database worth exploring: box-outs. The league actually tracks this itself (unclear on the accuracy here) and describes it as such:

"A player made physical contact with an opponent who was actively pursuing a rebound, showed visible progress or strong effort in disadvantaging the opponent, and successfully prevented that opponent from securing the rebound."

Box-outs imply that more effort went into maneuvering in front of an opponent and sealing them off to get a rebound versus flying in for one. Most rebounds don't come via a textbook box-out as the site tracks. But some of the league's top board-getters are the best at boxing out for rebounds. Five players corrall over 2 rebounds per game via an NBA-tracked box out:

Boxing out and getting individual rebounds ultimately doesn't correlate to overall team success. But it's assuredly a good tool to have. Some squads — like the Memphis Grizzlies, New York Knicks and Utah Jazz — thrive on second-chance points. Others — like the Dallas Mavericks, Chicago Bulls and Philadelphia 76ers — don't need them to be playoff contenders. Like most of the NBA, it comes down to fit and approach.

I'd like to highlight two players who appeared briefly on these leaderboard snapshots, but post some exciting numbers. Robert Williams III pulls down 67.3% of his adjusted-rebound chances, ranking near the top, while his contested-rebound percentage is also a considerably difficult 52.0%. The Boston Celtics have long searched for a player who can rebound while defending at a high level, and the young centers seems to have finally plugged the hole.

Brooklyn Nets rookie Day'Ron Sharpe has also shown rebound promise in limited action. Keeping a small sample size (373 minutes) in mind, Sharpe is averaging 4.8 box outs per 36 minutes, which puts him in the upper tier of the leaders. Over 61% of his boards are contested and he's averaging 5.1 rebounds in just 12.4 minutes per game this season. With Sharpe on the rise and Drummond in the fold, Brooklyn has players who can clean up on the glass.

Here is how these clusters look when you stack the offenses from best to worst. Lots of PnR heavy attacks at the top! https://t.co/louLqNHpDT pic.twitter.com/VsZmJC2M6v