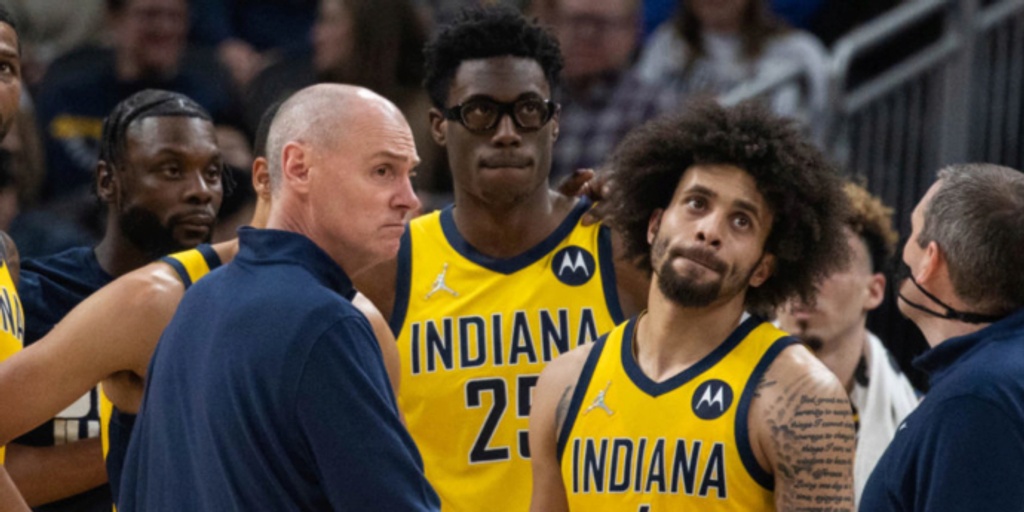 The Pacers had an experienced roster, playoff aspirations and a hungry group eager to fulfill its full potential.

Eight months later, a rash of injuries, COVID-19 absences, and a flurry of trade-deadline moves changed the plan. Expectations were lowered dramatically with a suddenly fresh-faced team hovering near the bottom of the Eastern Conference standings and trying to rebuild on the fly.

It's forcing everyone to embark on a new journey..

“You kind of scale down the menu of things you're doing offensively. You get to the core of what's most important and you kind of rebuild based on personnel," Carlisle said. “It's been a little bit of a whirlwind for these guys, but it's a great opportunity for them and for us."

This is not uncharted territory for Carlisle, the Dallas Mavericks career wins leader.

Coaches who stick around the league for two decades, like Carlisle, have been down this course multiple times. They've endured the midseason swaps, the changing philosophies, the mixing and matching of rotations as each game becomes a new audition — and survived..

For Indiana, though, this is a stark departure from standing operating procedure.

Since the early 1990s. Indiana's decision-makers — Donnie Walsh, Larry Bird and president of basketball operations Kevin Pritchard — largely kept the cornerstones in place and tinkered around the edges to stay competitive.

But multiple injury-riddled seasons, a franchise-record nine straight playoff losses, no playoff series victories since 2013-14 and the likelihood of a second straight postseason absence convinced Pritchard to pull the plug. Sagging attendance and the possibility of a second straight losing season at home only expedited it.

“I think there's a journey starting here, a journey with some younger players, a journey with some existing players, but I do feel the best I've felt in a long time about the direction of this team," Pritchard said after also adding two potential top-40 draft picks. “We have the point guard of our future and if you've been in this business for a long time, you know getting a point guard who is young with upside who you feel like you can build around for the next 10 years, those don't come around very often. We feel like Tyrese is that guy.""

Trying to piece it together over this final 22-game run won't be easy. It begins Friday against Oklahoma City.

Pacers fans got a brief preview of coming attractions before the All-Star break, but with eight days between games, Carlisle, his staff and players have had time to map out a new strategy.

How exactly the Pacers intend to play it remains uncertain.

Carlisle remains hopeful that veterans Malcolm Brogdon and two-time blocks champion Myles Turner will return from injuries soon. Brogdon has missed 27 of the past 30 games with a sore right Achilles tendon and made his last appearance Jan. 19, though he told reporters he expects to play Friday. Turner, meanwhile, has been out since Jan. 14 because of a stress reaction in his left foot.

While Smith and Hield have been solid since arriving two weeks ago, Haliburton has become the feature attraction. Despite practicing sparsely with his new teammates, he averaged 20.8 points and 11.0 assists in his first four games — before leaving the All-Star weekend festivities so he could retrieve his clothes from Sacramento. It didn't deter his focal point.

“I’ve gotten more unsolicited messages about this kid as an amazing person, an amazing player, how joyful he is — it’s been a little bit overwhelming,” Carlisle said. “He’s a pass-first guy that’s always looking to involve all of his teammates and yet he finds a way to get the ball in the basket. He’s a special young player.”

Brogdon and Turner will have to adapt, too. They’ll need to work their way into game shape, learn the nuances of their new teammates, and get reacquainted with an offense designed to run through Haliburton.

It won't be easy and it might not be pretty as Carlisle pieces the Pacers back together with an eye toward making a playoff run in 2022-23. But it will give the Pacers two months to recast their future plans — and find a new landing spot with a revamped roster.

“The whole week’s been crazy, but what can you do?” Haliburton said before leaving town. “You’ve just got to go out there and hoop.”