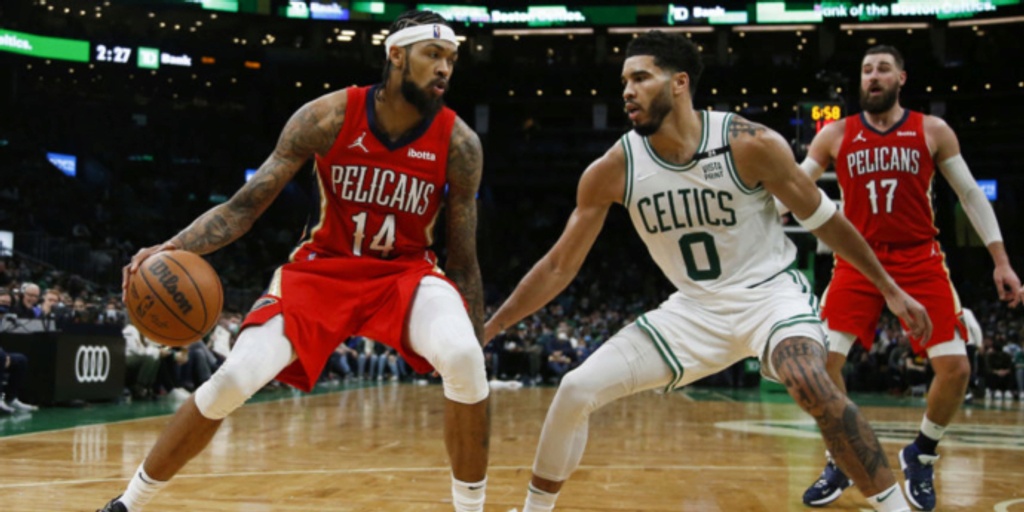 Charting the most volatile scorers in the NBA right now

In 2012, Tom Ziller wrote an article for SB Nation on the scoring volatility of the NBA’s top scorers. Since then, the subject has remained largely untouched (although Ben Taylor does discuss it briefly in his book, "Thinking Basketball").

So, since the NBA is on a hiatus until Thursday, I figured now was as good of a time to delve a little deeper into the topic.

To help me do so, I called upon the aid of software engineer/data scientist Daniel Bratulić.

First and foremost, for those unaware, scoring volatility is basically the degree of variance present in a player’s game-to-game scoring outputs (e.g. low variance = low volatility). Understanding which players are more consistent and which ones are more of a wildcard is important in a game that is often defined as a “make or miss league.”

As Taylor notes in his aforementioned book: “Teams are significantly more likely to win games when (at least) one player has an explosive night.”

This sentiment is especially true this season, where the championship landscape is as deep as it has been in quite some time, and a single heater could reroute the entire course of history (I’m looking at you, Klay Thompson).

To identify the most volatile players among volume scorers, we charted the variance levels of the top-30 scorers based on their game-to-game True Shooting percentages. Here's what we found. 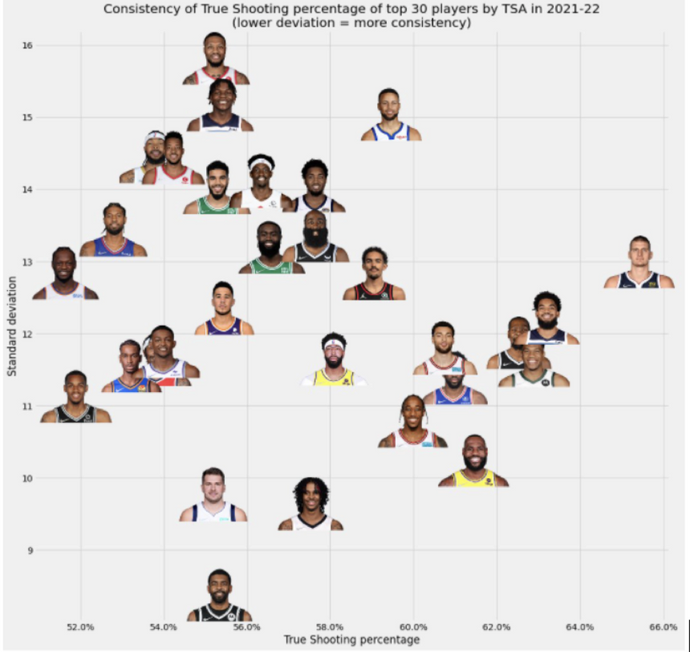 For the sake of this exercise, we can shelve Damian Lillard’s variance right now since it’s doubtful he returns to the court this season. Steph Curry’s standing on this list is likely due to the unprecedented (by his standards) shooting slump he endured for a large chunk of December and January.

What is the most interesting here is the six-man cluster on the top-left corner, consisting of Donovan Mitchell, Pascal Siakam, Brandon Ingram, CJ McCollum, Jayson Tatum and Anthony Edwards. These six are noteworthy because their overall True Shooting averages are right around the league average. So this means that their good games are well-above league average, while their off-nights are probably well-below.

To assess the nature of these players’ volatility, I charted their True Shooting numbers on a month-by-month basis: Apologies for the slight cluster in the graph, but from analyzing that and the table, you will probably notice two different styles of shooting trends. For Siakam, Ingram and Tatum, you see one or two outlier months that are more indicative of an extended stretch of hot/cold shooting than erratic changes in game-to-game shooting efficiency. For instance, Tatum experienced a well-documented slow start to the season before returning to True Shooting percentages more in-line with his career averages during December, January and February.

To use Edwards as an example, his October and February shooting percentages were abysmal (sub-50%), his November finish isn’t too far from the league average of 56%, and his December and January efficiency hovered right at that golden 60% threshold.

Mitchell, specifically, is no stranger to volatile scoring seasons. From 2018-21, Mitchell has consistently been an inconsistent scorer (I know, the irony), finishing with a standard deviation right around “14” in the three seasons prior to this campaign (charts from 2018-21 included after the conclusion of this article for anyone interested).

We’ve also already gotten a glimpse of the postseason highs and lows that come with his streaky shooting. In 2018-19, Mitchell posted a dreadful 42.3% True Shooting, and the Utah Jazz were handedly discarded by the Houston Rockets in five games. On the flip side, in 2020-21, Mitchell eviscerated defenses with a 60.2% True Shooting clip. And if not for injuries to him and Mike Conley (and an aberration of a shooting performance by Terance Mann), the Jazz very well could have competed for a Western Conference championship.

In McCollum’s case, the Portland Trail Blazers’ best season in the Lillard era coincided with one of his most volatile. In 2018-19, McCollum led all volume scorers in volatility with a standard deviation of “17” (again, reference charts below). During the playoffs, McCollum shot five True Shooting percentage points higher in their eight wins than he did in their eight losses, which signals the highest positive differential of any Blazer that played at least 300 minutes that postseason (per NBA.com).

Overall, Mitchell, Edwards and McCollum appear to be the most volatile volume scorers of the 2021-22 season thus far. This matters because all three of these players are rostered by teams currently in the thick of the playoff picture. An electric shooting night from one of these guys could swing a Play-in game, a Game 7 or maybe even an entire postseason series. Such seismic capacity demands our attention, and further time should be allocated towards identifying these players and ascertaining the extent of their impact on winning.

For now, one would be wise to keep tabs on these players because — for better or worse — they may just go nuclear and tip the scales, and rewrite the story of the NBA in the process. 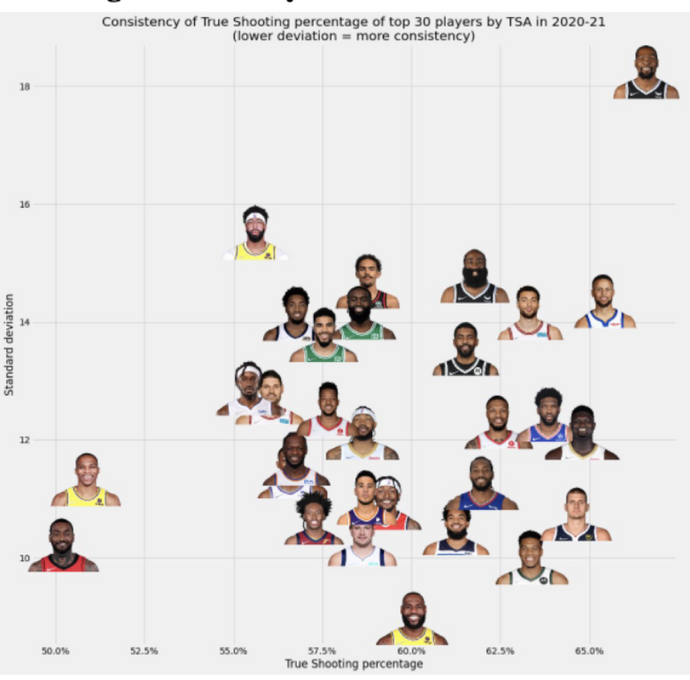