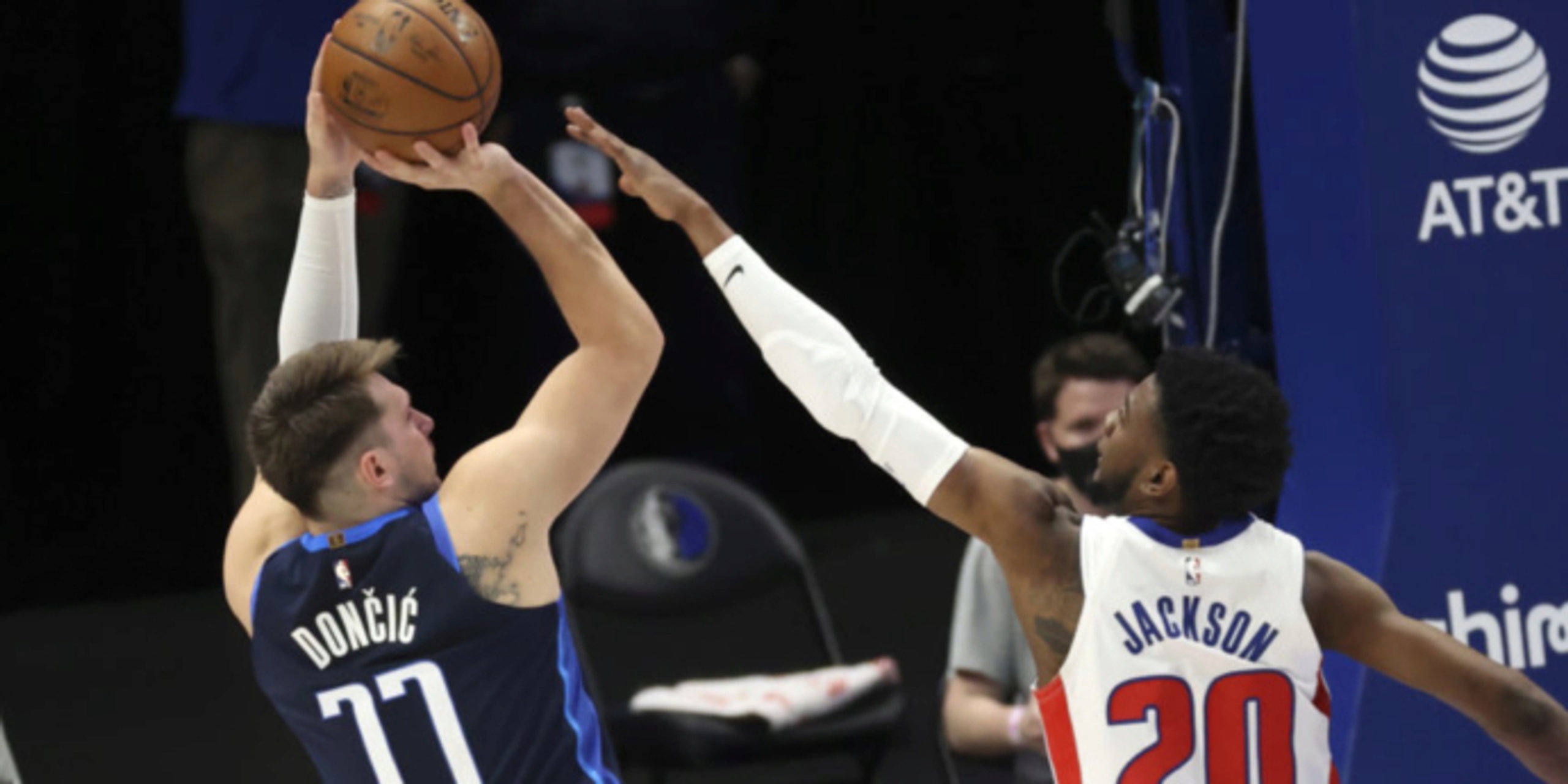 The company put out the following press release:

Panini America, the world’s largest licensed sports and entertainment collectibles company and the exclusive trading card manufacturer of the NBA, NBA Players and the Dallas Mavericks, announced today that it has signed Dallas Mavericks superstar Luka Doncic to an exclusive agreement for autographs and memorabilia. Doncic has been a driving force behind the wild global growth of the sports trading card market for the last three seasons and has had a relationship with Panini America since before he was drafted. Now, that relationship is exclusive.

Doncic’s autographed memorabilia -- including jerseys, basketballs, photographs and more -- is available exclusively through Panini Authentic, the memorabilia division of Panini America that also maintains exclusive relationships with Kevin Durant, Kyrie Irving, Ja Morant, Anthony Edwards, Rui Hachimura, Charles Barkley, Kobe Bryant and more. The star’s autographed trading cards have been a staple of Panini America products since his 2018-19 rookie season and will continue to help drive sales in 2021 and beyond.

"We’ve had a front-row seat here in the Dallas area and have watched in amazement as Luka’s style of play has made him one of the NBA’s most popular players around the world, and we knew he was going to be a major factor in attracting new collectors to the NBA trading card hobby," said Panini America CEO Mark Warsop. "But he’s just getting started and we’re proud to welcome him to the rich fraternity of Panini America exclusive athletes. This partnership is going to be something special."

“As a kid growing up in Europe, Panini stickers were a big part of my childhood so to be able to partner with Panini America even before I was drafted was really exciting to me," Doncic said. "I’m proud now to be able to strengthen our relationship and build a close connection with fans and collectors.  There is so much going on in the collectibles space and I’m happy to be with them."