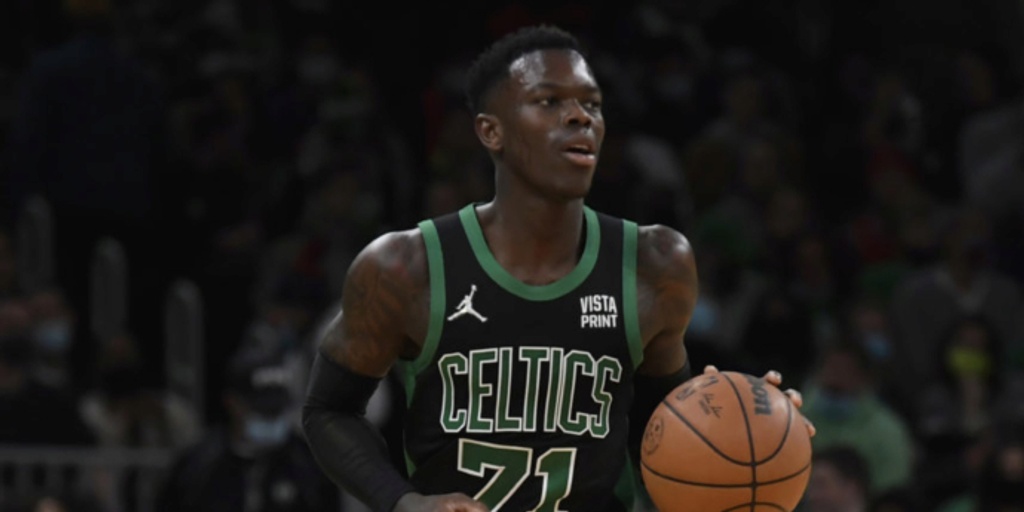 Stay or Trade: Pondering the fate of 4 eligible veteran candidates

Admittedly, it feels stupid to talk about trades right now amid the postponements caused by the Decepticon Variant, but so long as the season rages on — whether or not it should be is another conversation, one the NBA probably knows the answer to because of recent cancellations — I guess we’ll keep talking about basketball.

Well, let’s give this a shot, and hopefully, it’ll provide a boost to your day...

We’re gonna play Stay or Trade, which goes as it sounds, and it will involve four noteworthy guys who are now available to be dealt following Dec. 15. I wrote about one of them already, so no Will Barton talk today. Let's proceed with who we will discuss.

Disregarding that even ESPN is using eyeball emojis in their YouTube video titles, Bobby Marks says he expects Schröder to be traded. On the most recent episode of The Dunker Spot, Steve Jones Jr. and Nekias Duncan discussed Boston's needs as part of their mailbag segment.

Schröder was famously a mini-mid level signing after passing on a reported $84 million extension with the Los Angeles Lakers, allegedly desiring for north of $100 million. At least he let y’all cook him for it.

The fit with the Celtics has been productive, but it’s looking increasingly likely that it’ll be short-term. Schröder’s producing and, as of now, is in line to recoup some of the money he reportedly turned down. Currently, he’s averaging 17.1 points and 4.8 assists per game on 44/34/89 shooting splits, roughly on par with where he’s been since his fourth season (2016-17). As Marks outlined, all signs point to him being on the move, and the Celtics, in theory, selling high.

Schröder’s $5.9 million could combine with, say, Josh Richardson’s $11.6 million. For now, leave that to the side. Juancho Hernangómez and his $7 million are sitting there, and he's averaging just 4.2 minutes per contest with another $7.5 million to come next year. If you pair him and Schröder with Romeo Langford's $3.8 million, you’re at about $17 million combined.

From there, throw in however many draft picks it takes. Use those three contracts and your draft capital, and do what you can to convince the Toronto Raptors to bring in Fred VanVleet. Two unprotected first-rounders, at least; unless you make it Schröder and Marcus Smart. Though, that would have to wait until the latter’s restriction is lifted after Jan. 25. (None of this has to happen immediately, anyway.)

But if I’m Toronto, I’m mostly telling Boston to headbutt Trey Murphy’s “dry ass chicken sandwich,” and get the f—outta here. Worth a shot if you’re the Celtics, though. 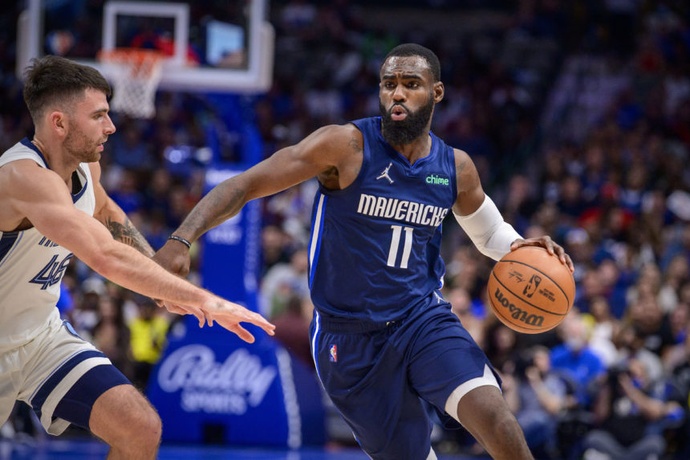 Hardaway's production is declining like his contract right now.

So far, through 28 appearances, he’s at 14.4 points per game on 38/33/74 shooting splits. It’s his worst scoring output since 2016-17 and among the worst splits of his career. His contract is outlined as follows, per Basketball-Reference:

We’ve always said the same two things about the Mavs for at least two years now. The first is the constant questioning of Luka DonÄiÄ‡’s fit next to Kristaps PorziÅ†Ä£is. The second is: How could the Mavericks get adequate shot-creation next to Luka?

Hardaway Jr.’s contract would be a burden to move, but none of us expect him to finish all four years in Dallas, do we? We’re just anticipating it’ll be increasingly difficult to deal him in Year 1 of the contract.

After being removed from the rotation, Kemba Walker returned on Saturday night well-rested against his former Celtics, netting a season-high 29 points while hitting 5 of 11 shots from three and converting 8 of 12 free throws. The 13-17 Knicks are 10-9 in games Walker plays this season, and were 2-8 following his benching. Their defense has taken a step back, and Walker’s been partially to blame. Still, he was effectively scapegoated for a team-wide issue. Now, he’s playing again because of a COVID outbreak in the organization that primarily hampered their depth at guard.

Walker’s averages are at 12.6 points and 3.1 assists in 25.2 minutes per contest. The minutes and assists are the lowest of his career, and his scoring is only second to his rookie season of 2011-12. His 112 Offensive Rating is actually on par with where he’s been since 2015-16, his breakout offensive season. His defense, well, is about what you’d expect. But, for where the Knicks are, he can still be productive offensively and gives them their best shot-creator at the point guard position since... Raymond Felton?!?

Walker is due $9.2 million next season, making him a trade candidate. But seeing as how the Knicks still might need him in some regard, honestly, they should just keep him around at this time. We’ll reevaluate the situation next month or something.

Kelly Olynyk is up to 12.5 points and 5.3 rebounds (and 2.3 assists) on 46/34/60 splits. Olynyk is a nice player, and is apparently already being thrown around in trade rumors. Olynyk may or may not get attached in a trade to Jerami Grant’s deal, but the Canadian 7-footer is bringing home $12.8 million next season and $12.1 million in 2023-24, so his deal is long-term in this climate.

Combining him with Grant puts you at $32 million of incoming salary. That’s the Porziņģis, CJ McCollum, D’Angelo Russell, Brandon Ingram, Ben Simmons, K—sigh, Kyrie Irving, territory financially. None of that sounds entirely realistic except maybe Simmons since it was at least credibly reported as a possibility.

Otherwise, you’re looking at sending Olynyk to a big-needy, playoff-worthy team, who probably wouldn’t want a long-term commitment right now. This will probably be an easier process next season, save for adding to a Grant deal, but if you can make one, why not?

Verdict: Trade if you can, but not by himself