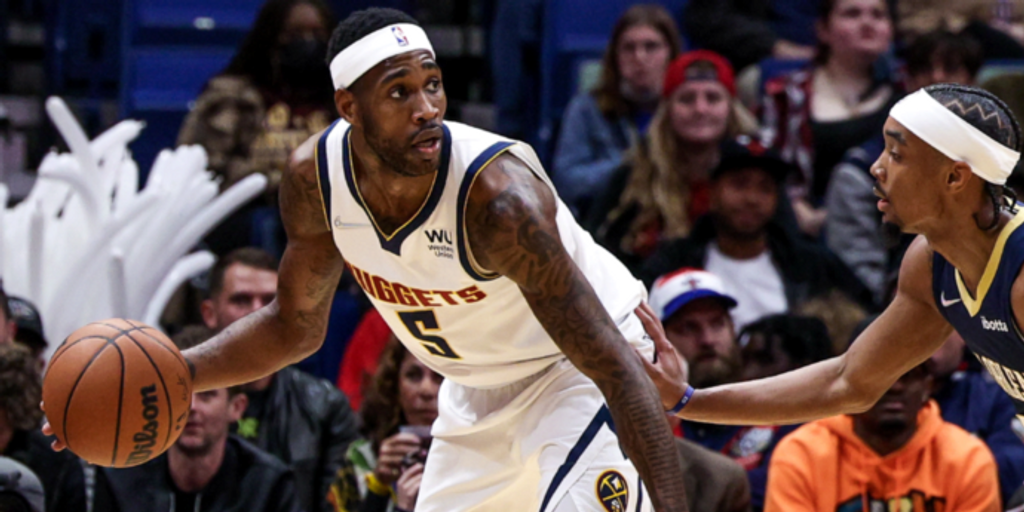 The case against, and for, the Nuggets trading Will Barton

Because he agreed to a two-year, $30 million deal with the Denver Nuggets this past August, swingman Will Barton wasn’t eligible to be traded until Dec. 15. Well, we’re past that mark.

And as the Nuggets stand at 14-14 on the season, it’s time to wonder what they’ll do since Jamal Murray (ACL) and Michael Porter Jr. (back) aren’t returning to the lineup anytime soon, and might not play at all for the rest of the season.

(At this point, we can’t even accurately predict who’ll suit up tomorrow, so why try, I don’t know, March?!?)

Barring a turn of events even Nikola Jokić wouldn’t anticipate, the Nuggets aren’t trading him, and that makes Barton the team’s most compelling potential trade chip between now and the Feb. 10 deadline. Aaron Gordon would be the other, but he’s in the first of a five-year deal signed this past summer. (So is Ben Simmons, but you get the point.)

In Murray and Porter’s absence, Barton has been the Nuggets’ secondary offensive option this season. For some of you, it’s a potentially frightening thought given that, conceptually, he’s intended to be the fourth option on this team instead. But, if there’s anything we’ve learned from watching sports press-on during a pandemic, few things are more invoked than “next man up”... for better and/or worse.

Having trouble deciding which way to lean, we'll make a case for both sides of the argument.

Beyond just Porter and Murray, injuries have decimated the Nuggets’ rotation. P.J. Dozier tore his ACL the day before Thanksgiving. JaMychal Green is currently out with an ankle injury. Jokić and Barton have both missed a few games each during the season, and that’s before you get to the league's COVID health and safety protocols, which is the reason why Austin Rivers has been out since Dec. 1.

Barton’s primarily been the team’s second-best offensive player, and it’s reasonable to question what good it would even do for the Nuggets to trade him. Since being traded from the Portland Trail Blazers before the 2015 trade deadline, Barton’s been with Denver, re-signing with the Nuggets later that summer. Jokić has never been on a Nuggets roster that didn’t include Barton, the longest-tenured team member.

There’s something to be said for the chemistry they’ve established. And, while the Nuggets could benefit from dealing Barton, what deal is out there that will make them markedly better? Without Murray and Porter, it’s difficult to say.

In many respects, keeping Barton and making a move elsewhere to improve the roster might go a longer way, especially if Murray and or Porter do return later this season. If so, that’s probably the significant transaction you could make, and it would prevent this season from being a lost year so long as the Nuggets could position themselves for the playoffs. It’s a safe and boring play, but one that keeps Denver afloat, in theory. There’s no doubt Jokić needs more help, but upgrading Barton — who is giving him plenty — probably isn’t the solution.

If the Nuggets were to move Barton, it would be more beneficial to combine him in a multi-player Denver trade package and upgrade the top-end of the roster instead of breaking down Barton’s salary into multiple (and likely lesser) players.

Looking at Denver's salary cap table, Barton’s $15.4 million alone is around the range of guys like Lauri Markkanen, Duncan Robinson, Norman Powell, Gary Trent Jr., and... hmm... Dejounte Murray? That’s the kind of guy you’d want to package Barton for — if the San Antonio Spurs would be willing to even pick up the phone, that is; it's a two-way street, of course. (Totally hypothetical and aiming high, but that’s why you’re here anyway.)

Others in that $15-20 million category include guys like Jarrett Allen, Lonzo Ball and Terry Rozier — who are just about certainly staying put with their teams — or guys like Domantas Sabonis and Julius Randle. (Jokić and Sabonis is intriguing on paper, but you’d probably need to deal more than you want if you’re Denver.)

Dejounte does have $15.4 million coming to him this season, the second of a four-year deal worth $64 million. And if you’re packaging Barton with, say, Bol Bol’s $2.2 million expiring, it works out financially, according to your favorite trade machine. Significant draft capital would have to be involved as well.

At that point, you’re even in Jerami Grant territory, who sits at $20 million with an additional $21 million coming next season. Myles Turner also hits that $17.5 million mark both this year and next.

Dejounte and Grant would likely command, along with Barton and Bol, multiple future first-round picks, which is understandable. Grant was part of Denver’s 2019-20 playoff run before signing the $60 million deal with Detroit last sum…err, fall prior to the 2020-21 season. Since joining Detroit, he’s a different, more offensive-minded forward than he was in Denver, and it would serve this current version of the Nuggets well, especially with injuries.

The Spurs should want to keep their Murray, but amid a career season and prevailing health, maybe they’d like to cash out. Plus, the Nuggets maintain all the necessary picks, as outlined in the our previous Terrence Ross trade piece. And, maybe, just maybe — Bol could actually play in San Antonio.

Picture a Jokić lineup including Gordon, Porter and the two Murrays. That’s a Western Conference Championship contender if healthy, which is a big if, but an exciting risk to potentially take.

In another hypothetical, take out Dejounte and insert Turner. Yes, two centers, what a crime. The Cleveland Cavaliers are playing basically three of them in their starting lineup and have been whooping nearly everyone’s ass this month. Turner is one of the league’s best shot-blockers, is shooting 35% from three and would be a fascinating right-hand man to Jokić for a package similar to the one we’ve been discussing.

Heading into this, I’ve been partial to keeping Barton above all other options. While I’m still mostly there, the exercise exposing the Dejounte and Turner deals, in particular, are maybe the only ones worth breaking up Barton and Jokić for on paper. The former, more so.

There’s always something to be said for chemistry, familiarity and all the intangibles that spring from long-established camaraderie. It’s way too often overlooked in our transaction-crazed time.

Maybe the Nuggets could facilitate something else through other means, but for now, don’t expect anything earth-shattering yet.