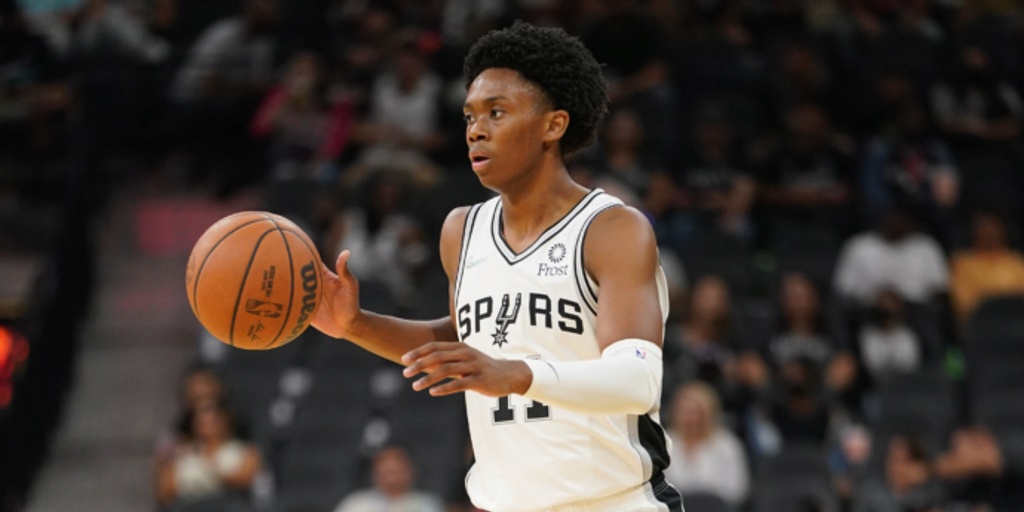 The San Antonio Spurs stunned the basketball world on Friday evening when they announced that they have waived Josh Primo. Primo was the No. 12 overall pick in the 2021 NBA Draft, and he was the youngest player in his class.

“It is our hope that, in the long run, this decision will serve the best interest of both the organization and Joshua,” Spurs CEO RC Buford said in a statement.

Spurs head coach Gregg Popovich refused to comment. The 19-year-old seemed to be a key part of San Antonio's long-term plan, which has many NBA executives wondering why he was abruptly waived.

"I'm sure there is more to the story," one NBA general manager told BasketballNews. "They just picked up his option too."

As the GM mentioned, the Spurs just picked up Primo's third-year team option two weeks ago, making their decision to cut him even more odd.

Primo issued the following statement to ESPN: "I know that you all are surprised by today's announcement. I've been seeking help to deal with previous trauma I suffered and will now take this time to focus on my mental-health treatment more fully. I hope to be able to discuss these issues in the future so I can help others who have suffered in a similar way. I appreciate privacy at this time."

Primo has a ton of potential; after all, there's a reason he was a lottery pick just one year ago. He could be claimed by an NBA team, but the Spurs' decision to waive him will surely scare some teams away. Executives will need to do their homework and try to uncover more details about this strange situation.