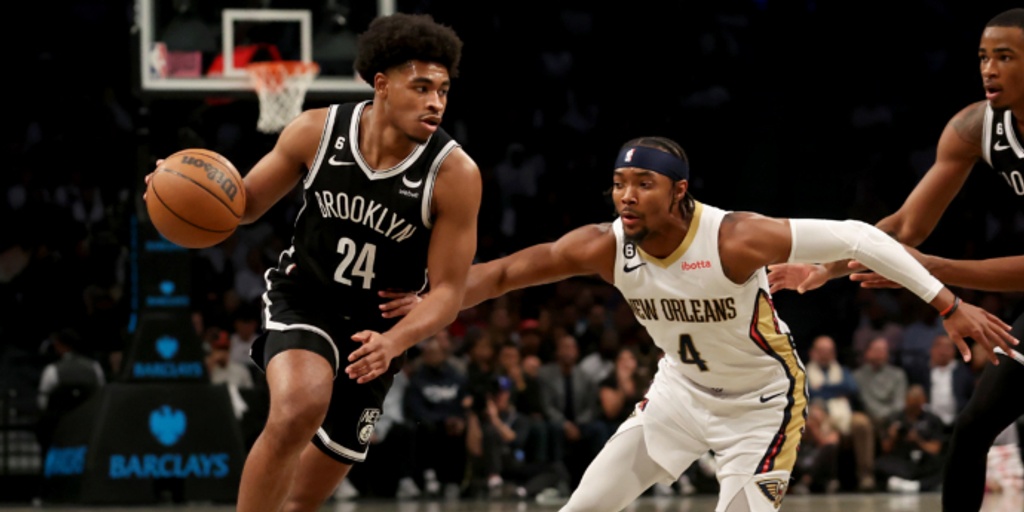 Through five games, Brooklyn Nets guard Cam Thomas has played just 14 total minutes, and he has been a healthy scratch for three of those contests.

Following the Nets' 129-125 loss to the Dallas Mavericks on Thursday, Thomas was asked if his lack of playing time is frustrating.

"Of course," Thomas said, according to Ethan Sears of the New York Post.

After playing 13 minutes in the Nets' season opener against the New Orleans Pelicans, the 21-year-old has barely seen the court, appearing in just one game for 58 seconds. Thomas says that he hasn't been given a reason from Nets head coach Steve Nash.

“Ain’t had no conversations [with Coach Nash],” Thomas told the New York Post. “Just not playing at the moment.”

Thomas was asked if his limited role was surprising and he responded: “Very [surprising]. It is what it is.”

Thomas didn't do much in his 13 minutes against New Orleans, finishing the game with 2 points (on 1-of-4 shooting from the field) and 1 assist off the bench. It's possible this factored into Nash's decision.