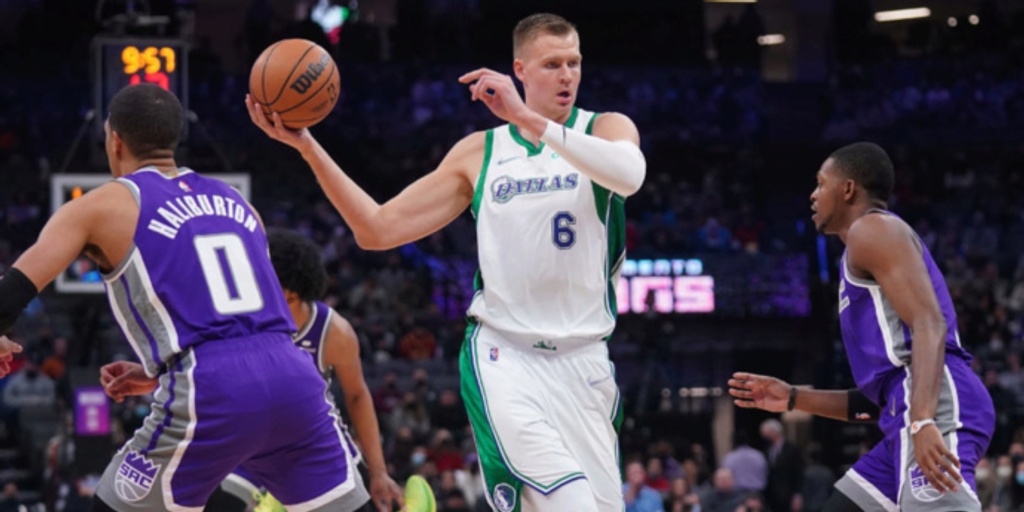 Roundtable: Who are the biggest losers of the NBA trade deadline?

With the NBA trade deadline over and done with, the BasketballNews.com staff wants to share our thoughts on the moves that went down. Since Nekias Duncan thoroughly graded each and every trade from the past week, we asked the rest of our team to react to the results of the ever-so-eventful week.

Yesterday, our staff shared their winners of the 2022 NBA trade deadline. Now, in our latest Roundtable, we asked our writers the following question:

Who are the biggest losers of the NBA trade deadline?

Alex Kennedy: The Los Angeles Lakers feel like losers since they weren't able to make a trade when it's clear that changes were desperately needed. However, I'm not surprised that they weren't able to make a move given how their assets are perceived around the league. The Sacramento Kings stand out too. It’s rare for a blockbuster trade to warrant such a one-sided response amongst people around the NBA, but every NBA decision-maker I spoke to questioned the Sabonis-Haliburton trade for Sacramento — mainly because the Kings traded away a 21-year-old budding star and didn't seem to improve all that much.

Spencer Davies: While Josh Hart is fun... I, uh, got nothing for the Portland Trail Blazers. Why not try out Nickeil Alexander-Walker with Anfernee Simons instead of flipping him to Utah? Simons handled the ball alongside his partner Gary Trent Jr. (extra thumbs down for that one; do you see what the man’s doing to teams in Toronto?) quite a bit. Kudos to those who are gaining valuable experience — shout out to C.J. Elleby and Greg Brown Jr., not your fault — and those former lottery picks who are trying to stick — Justise Winslow and Dennis Smith Jr. With that said: This is considered a win-now roster that is retooled? Not quite. We’ll see what interim general manager Joe Cronin does (if he’s in charge, that is) with the oodles of cap space the team has created. Surely Damian Lillard is watching, though he has already voiced his thoughts on staying in Portland.

Mark Schindler: It's hard for me to not view Utah as the biggest loser at the deadline. I like Nickeil Alexander-Walker as a prospect, but he's had a very rough season and is a negative-impact NBA player at the moment. There's an intriguing foundation with him that Utah could unearth more of and help him build upon, but the issue is where the Jazz are right now. They needed immediate help defensively at the point of attack and the wing, yet NAW is not really that guy right now. Perhaps Utah envisions him being squeezed into a honed-in role, more focused as a connector and less as a shot-creator; expecting a change in wiring mid-season before a playoff run when this team NEEDS a deep run to succeed, is questionable. I'm hopeful for NAW, doubtful for this season.

Ethan Fuller: Both sides of that Mavericks-Wizards trade... lost? Kristaps Porzingis is not the type of upgrade to sway Washington's playoff hopes or convince Bradley Beal the future is in good hands. It also creates a logjam of ill-fitting bigs with Porzingis, Daniel Gafford and Thomas Bryant. Meanwhile, the Mavericks added a questionable fit of their own in Spencer Dinwiddie and didn't address the resulting needs in the frontcourt. I don't get why either side was motivated to get this deal done, and I question if either team meaningfully improved.

Moke Hamilton: I think there’s enough of the pie to go around. Both the Los Angeles Lakers and New York Knicks have gotta be somewhat disappointed that they weren’t able to do anything of significance, but I think the Lakers are probably the “winner” here. With LeBron James continuing to advance in age, they came into the season with championship aspirations, but as of right now, would have to play their way into the playoffs. The team still doesn’t seem to have an identity and Russell Westbrook and Frank Vogel obviously have some issues they need to figure out. To be honest, I’m also not too enthused about the Kristaps Porzingis deal for Washington. If he can stay healthy for them, then I’ll feel differently, but at this point, he has to prove that he’s worthy of the hype and the big contract he got from Dallas. I know the Wizards wanted to get away from Spencer Dinwiddie, but drama has followed Kristaps in each of his previous two stops. Now, he’ll be Dallas’ headache.

Bryan Fonseca: I'd like to say us since we were deprived of the theater scenario where Brooklyn and Philly don't make the James Harden-Ben Simmons swap, but I won't. This could be Dallas or Washington because of what they actually did, but since that was one trade, we'll let them cancel each other out. Let's go with the Knicks and Lakers. I don't know how those teams just stand pat. The Knicks should've moved off a couple of guys, like Alec Burks and Kemba Walker, to gain draft capital and free up minutes elsewhere. And the Lakers, well ... yanno.

Evan Sidery: Not many teams stand out here, but one obvious one is the Washington Wizards. What exactly were the Wizards thinking with Thursday’s acquisition of Kristaps Porzingis? Hopefully the Wizards truly don't believe Porzingis can keep Bradley Beal around long-term, but here we are. Porzingis is a great talent, but he's simply proven to be unreliable due to continuous injury woes. In D.C., Porzingis plays next to Beal and a lot of young, raw talent. The team-player fit here is just so confusing.

Mat Issa: The Bulls and Jazz are the two biggest losers to me. For the Jazz, the need for an upgrade at the perimeter defensively was pretty apparent, but instead, they only came away with Nickeil Alexander-Walker, who is a fine young player, but probably not a bonafide playoff stopper. For the Bulls, their inactivity hurts them here, as pretty much every other top-nine team in the conference did something to bolster their roster for the stretch run.

Justin Lewis: The Charlotte Hornets didn’t do anything to improve their atrocious defense. Portland is in absolute shambles, moving quality rotation pieces for hypotheticals. The Dallas Mavericks were making strides and they blew it up for what?