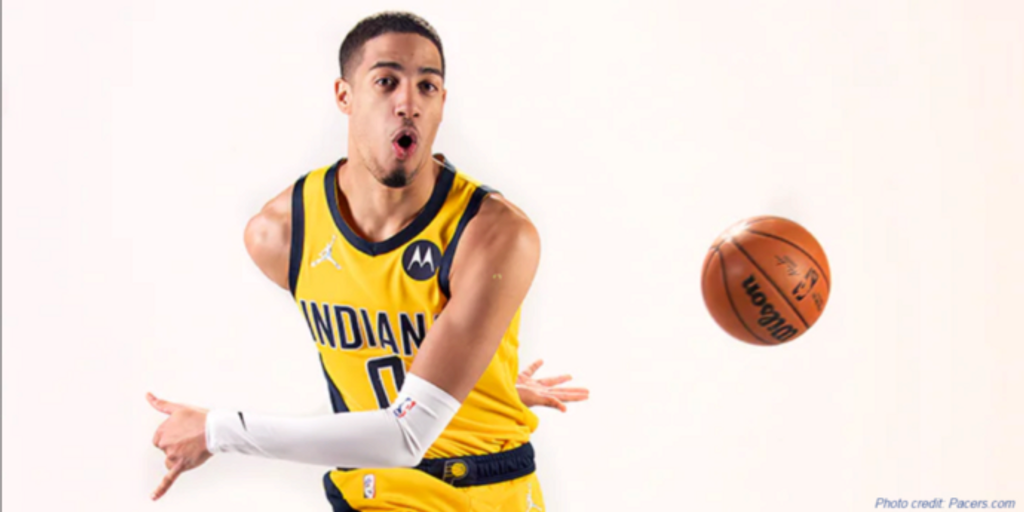 Roundtable: Who are the biggest winners of the NBA trade deadline?

With the NBA trade deadline over and done with, the BasketballNews.com staff wants to share our thoughts on the moves that went down. Since Nekias Duncan thoroughly graded each and every trade from the past week, we asked the rest of our team to react to the results of the ever-so-eventful week.

Here are our staff's thoughts on the losers of the 2022 NBA trade deadline. Now, in our latest Roundtable, we asked our writers the following question:

Who are the biggest winners of the NBA trade deadline?

Alex Kennedy: My trade deadline winners are the Philadelphia 76ers and Indiana Pacers. I was someone who believed that Daryl Morey should trade Ben Simmons sooner than later, because I thought Simmons' trade value would only decrease over time. I didn't think the 76ers would actually be able to land a star player for Simmons, but I was clearly wrong. Morey's gamble paid off and now he's reunited with James Harden. As for the Pacers, I love what they did over the last week. We all knew that they were going to make drastic changes, but I was really impressed with how much they were able to get back for Domantas Sabonis, Caris LeVert and Torrey Craig. I love the addition of Tyrese Haliburton, and I truly believe he's going to develop into a star in Indiana. I also liked the buy-low addition of Jalen Smith, who was the No. 10 overall pick in the 2020 NBA Draft. Kevin Pritchard and Chad Buchanan deserve credit for pulling off some smart trades and assembling an impressive young core.

Spencer Davies: I’m going to be contrarian here, but good for the win-now teams who aren’t really in a position to contend this season, yet still went for a swing. I’m talking about the New Orleans Pelicans, Sacramento Kings and Los Angeles Clippers. The Pels acquired a 20 point-per-game scorer in CJ McCollum to put next to Brandon Ingram and Zion Williamson (defense we’ll worry about later; Herb Jones and his 10 arms have it all covered anyway). My thoughts on the Kings acquiring an All-Star such as Domantas Sabonis are well-documented, and now, they’ve added an underappreciated two-way guard in Donte DiVincenzo, who’s still finding his form since his playoff injury last year. Finally, as for the Clippers, Norm Powell and Robert Covington are championship-caliber veterans who will get acclimated the rest of the season as L.A. stays afloat — and fit like a glove in Tyronn Lue’s rotation next year beside Kawhi Leonard and Paul George. Individually, I also have to give big-ups to Daryl Morey for sticking to his guns.

Ethan Fuller: The Celtics and Pacers each made the right moves for their franchise directions. Boston needed to find another ball-handling guard to fit with Jayson Tatum and Jaylen Brown, and the team did exactly that by adding Derrick White. They also brought back a perfect third center in Daniel Theis while clearing roster space to pursue bench upgrades on the buyout market. Indiana is crushing its rebuild initiation. Tyrese Haliburton is obviously the headliner, but the Pacers also netted a first and second-round pick, plus a noteworthy flier in Jalen Smith and tradeable players like Buddy Hield. They also didn't overextend with any forced moves.

Bryan Fonseca: It would be silly to say Indiana, and as much as I do like Tyrese, I'm not a *full-blown* Haliburton hipster. He can be an All-Star, for sure, but Domantas Sabonis is already that. The deal isn't *that* one-sided. I could say Brooklyn or Philly for getting themselves out of a situation, but both teams might've just traded one set of problems for another. In fact, I'd say that's likely. So, you know what, I really enjoy what New Orleans did. You can't rebuild forever and Zion Williamson's already extension-eligible this summer. We'll have to see him again at some point, and with CJ McCollum and Brandon Ingram, you should be competitive, especially next year — if you have mostly good health. To me, it's a diet version of the Chicago Bulls adding DeMar DeRozan.

Evan Sidery: Exiting this year’s trade deadline, it's rare to list both teams from the biggest transaction as winners. That's exactly what happened in the Sixers and Nets’ blockbuster when James Harden and Ben Simmons swapped places. Harden joins Joel Embiid forming a lethal, potentially transcendent one-two scoring combination. Philadelphia pushed the chips in as Embiid continues to display rare big man dominance. For Brooklyn, this situation was untenable with Harden’s on-court pouting. The Nets’ Big 3 of Kevin Durant, Kyrie Irving and James Harden will be looked back on with so many questions down the road. Both teams shook it up, and in the end it's fair to say both teams made weaknesses a strength. Harden is Daryl Morey’s big moment in Philly, but Simmons could finally be fully maximized alongside Durant.

Mat Issa: Of course, the 76ers are – any time you can end an annoying, eight-month-old saga by securing a top-12 player in the world, you’ve won immensely. However, the team that really stands out to me is their counterpart in the deal, the Brooklyn Nets. Despite having their back against the wall with very little leverage (thanks to Harden’s displeasure being confirmed the morning of the deadline), the team netted a pretty nice return. Say what you will about him, but Simmons was a solid All-Star in a suboptimal situation in Philadelphia. Next season, he’ll be operating with the perimeter gravity that the likes of Kevin Durant, Kyrie Irving, Joe Harris, and Seth Curry (another valuable piece from the deal) afford you. Also, adding a solid backup center and some draft capital is always nice, as well.

Justin Lewis: The Brooklyn Nets, because they just became a better team. The Detroit Pistons paid next to nothing for a shot at Marvin Bagley. The Memphis Grizzlies because Dallas got worse and no one in the West really made a move to pull closer or further away from them.