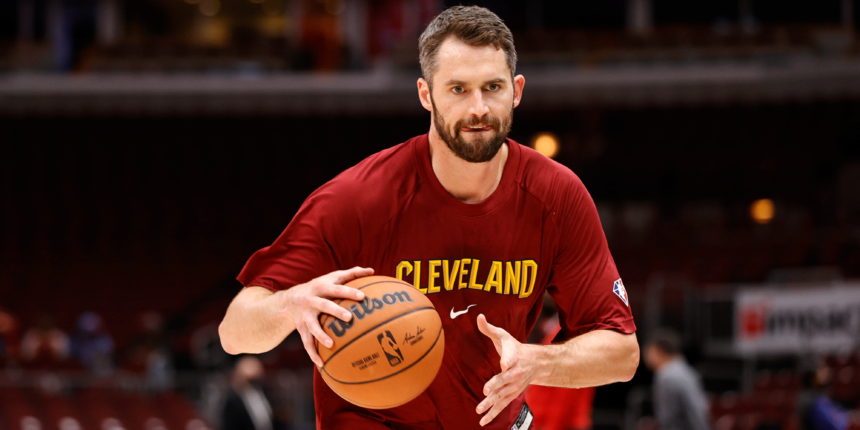 Roundtable: What is currently the worst contract in the NBA?

One week into preseason, NBA teams are getting back in the swing of things. We've already had a handful of impressive debuts, and it's been fun to see fresh faces in new places.

With rookie-max extensions being signed (and negotiated) and plenty of lucrative contract offers accepted this past summer, some deals may age more well than others. Certainly, only time will tell with those particular agreements, but what about the ones that have already been in place?

What is currently the worst contract in the NBA?

Alex Kennedy: Some people may say John Wall since he will earn $44,310,840 this season, and then he has a $47,366,760 player option for next season. However, at least Wall produced last season with the Houston Rockets, averaging 20.6 points, 6.9 assists, 3.2 rebounds and 1.1 steals. Sure, it'll be tough for the Rockets to move Wall’s contract, but there is a worse deal out there. Kevin Love will make $31,258,256 this season and $28,942,830 next season. And unlike Wall, Love hasn't been a significant contributor for the Cleveland Cavaliers. At this point, he can barely get on the court due to injuries. And when has played, he's been extremely ineffective.

Nekias Duncan: I think it’s Kevin Love by a pretty solid margin right now. John Wall is the other logical answer, but there’s always room for a guard that can pressure the rim, pass and at least hold his own in space against two positions like he can.

Spencer Davies: To be in the top-30 in salary and to have played in barely over 100 games over the last three years, even if it's through no fault of his own, it has to be Kevin Love. However, it might not be the most hampering contract in the league anymore because there are only two years left on the deal now. Both the Cavs and the veteran former All-Star have stuck it out since the summer of 2018, despite the droves of trade rumors that have surrounded each since the marriage began. As for who might fit the bill from the long-term perspective, right below Love in total guaranteed money is Davis Bertans, who is set to make $60 million over the next four years. The Washington Wizards now have Kyle Kuzma in the fold to cut into his minutes, in addition to possibly Deni Avdija when he returns from injury. So even with his shooting prowess, the "Latvian Laser" is going to command a top-three salary on the cap sheet.

Ethan Fuller: I think this is a bit more complicated than simply comparing a player's perceived talent level to the dollar amount. Role, availability and trade value also matter, which is why Kevin Love has the worst contract in the league. Love really has no place on the Cavs' young roster. On top of that, his injury history, age and production have cratered trade interest. Love is making $31.3 million this season and $28.9 million next season, and no one knows what his role on an NBA team is right now.

Moke Hamilton: There are plenty to choose from, but I think the answer here is the most popular — John Wall. Wall was already a pretty flawed player who wasn’t universally believed to be capable of leading a team to true contender status. The injuries and the $90 million left on his deal (for this season and the following) will be tough to move. The only thing I’d say to that is that one season can make a huge difference. Remember, it wasn’t all that long ago that Chris Paul was thought to have the league’s worst contract... And look at him now.

Jesse Blancarte: Kevin Love. Love is set to make roughly $31.3 million this season and $28.9 million next season. Thankfully, the contract isn’t a long-term problem, but that is a lot of money for a player who is always injured, well past his prime, stopped competing mid-game last season and doesn’t seem poised for any sort of major bounce-back.

Drew Maresca: Prior to the last few days I would’ve said Kristaps Porzingis; considering local mandates, I think Kyrie Irving might have surpassed the unicorn. Nevermind what you think about the COVID vaccine, Irving appears set to make the Nets play without him for all home games in 2021-22. While Brooklyn will be fine without him for half of the regular season, winning a championship seems like a very tall task without one of your three most important players (and nevermind what it might do to the team’s chemistry.)

Alexander Cohen: I’ll go with Kevin Love. While he doesn’t make as much as John Wall, the veteran point guard is at least seemingly on the same page as the Rockets, who are at least pretending like a trade is possible. Love can’t even disguise his apathy on the court, and the debacle in the Olympics this year certainly doesn’t make his contract any less untradeable. The Cavaliers already have a young big-man logjam without him in Jarrett Allen, Evan Mobley and Lauri Markkanen, so it seems unlikely there will be much of a role for him on the court — even if he can stay healthy.