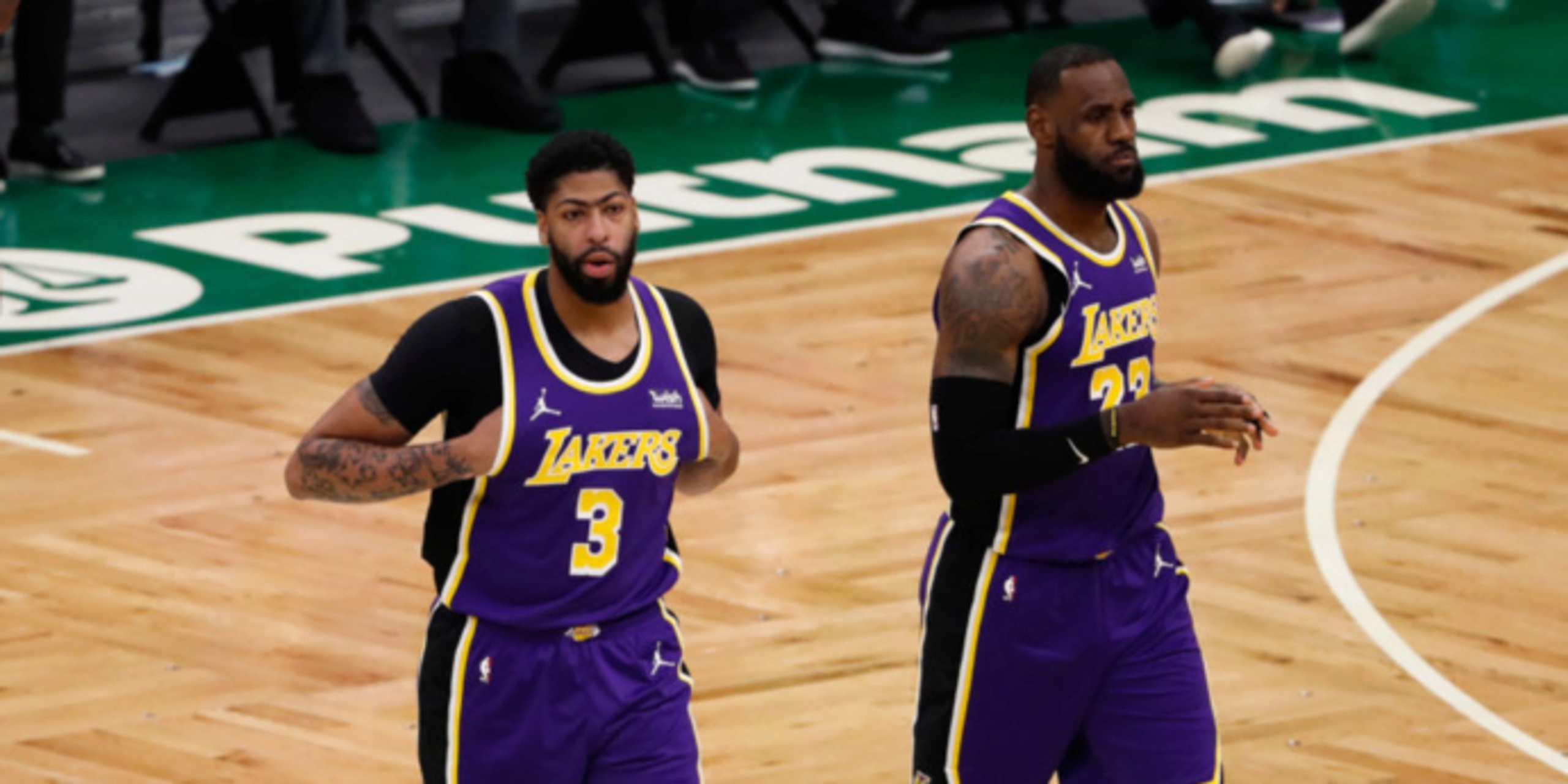 LeBron James' illustrious NBA career takes on a new light if you look through the lenses of his teammates.

James has shared the court with a diverse cast of NBA players ever since he joined the Cleveland Cavaliers back in 2003. Along the way, his teammates have evolved with the NBA game, from bruising bigs to sharpshooting guards.

Below is a ranking of James' best supporting-cast members. There's plenty of room for debate, but it's also worth noting the unique skill sets of each player who cracked the list. James has shown that he can integrate with all sorts of teammates in his 18-year career; many have also stepped up to aid The King when he needed them.

Prior to joining the Utah Jazz and Chicago Bulls, Boozer started his career in Cleveland one year before the franchise drafted James. The tough-nosed big man averaged a double-double in his second season, with a cool 15.5 points and 11.4 rebounds per game.

The short stint was highlighted by a monster 32-point, 20-rebound performance against the Seattle SuperSonics. Though it was a short-lived pairing with LeBron, Boozer's time with the Cavs hinted at what would become one of the more underrated careers of the past decade-plus.

Smith's notoriety stems from one admittedly mind-numbing play in Game 1 of the 2018 NBA Finals. But it overshadows a rock-solid run in Cleveland as a microwave scorer. The former Knick came over via a three-team trade and averaged 10.5 points per game during his three seasons and change next to James.

His 2018 blunder overshadows some impressive playoff performances. His 20-point outburst against the Warriors in Game 3 of the NBA Finals helped the Cavs get on the course to a championship. Smith also shot a ridiculous 50% from three-point land in the 2016-17 postseason.

One of the greatest shooters ever finished off his career with two seasons on the LeBron-led Miami Heat. Allen put up 10.3 points per game in a hyper-sixth-man role, and still canned 39.8% of his triples during that stretch.

Of course, the most memorable moment came in Game 6 of the 2013 NBA Finals. Who could forget Mike Breen's call? "Rebound Bosh, back out to Allen, his three-pointer... BANG!" That clutch bucket rivals any shot ever made by a LeBron-James teammate.

The journeyman stopped for two seasons in Cleveland and instantly became the best scorer behind LeBron James. Williams was electric as a 6-foot-1 point guard, averaging 16.9 points while knocking down 43.2% of his three-point attempts. He dropped two games of 40-plus points in a three-week span during winter of 2009. He was named an All-Star in 2008-09, when he averaged 17.8 points, 4.1 assists and 3.4 rebounds while shooting 43.6% from deep.

Williams would later return to Cleveland and get an elusive championship during the 2015-16 season. He suited up for 41 games at age 33, starting 14 of those contests.

"Big Z" was LeBron's greatest teammate in his original campaign with the Cavaliers. Ilgauskas was a rock in the paint, and he averaged 12.6 points, 7.3 rebounds and 1.5 blocks in 589 games over an eight-season span. The 7-foot-3 center played in at least 72 regular-season games during six of those years, and while he wasn't a highlight-reel machine, he consistently battled inside.

Ilgauskas earned an All-Star nod in 2005. That season, he led the league in total offensive rebounds (299) and finished sixth in blocked shots (165). When James left for Miami in 2010, Ilgauskas followed him, playing out his final NBA season with the Heat. This makes the Lithuanian one of the longest-tenured teammates in James' career.

Cleveland's acquisition of Kevin Love marks the second-biggest trade on a LeBron-led squad. By necessity, Love was never quite the player that obliterated defenses in Minnesota. But he still succeeded as a stretch center, and his career during the mid-2010's might actually be a bit underrated.

Love averaged a cool 17.1 points and 10.0 rebounds per game while shooting 37.7% from downtown between 2014 and 2018. He made two All-Star appearances in 2014 and 2017, and towards the end of the run, he really found his footing in Cleveland. Injuries ultimately factored in, as Love played just four postseason games in the 2015 postseason and surpassed 60 regular-season games only twice.

Bosh may slot in fourth, but that should not discredit his impact as a member of the Big 3 in Miami. Despite a noticeable downturn in usage rate, the steady forward seamlessly transitioned from a featured role in Toronto to a steady glue-guy presence.

Also, he completely altered his game, evolving from an interior scorer to a stretch five. During his final season in Toronto, he attempted just 22 three-pointers (or 0.3 threes per game). From 2010-11 through 2013-14, he attempted 1.2 threes per game. Bosh landed on four All-Star teams in those four years, while averaging 17.3 points and 7.4 rebounds per game.

Bosh's coaches and teammates would often describe him as Miami's most important player during that run. Udonis Haslem praised Bosh for being the consummate teammate on James Posey's podcast, The Posecast. His willingness to take a back seat to James and Dwyane Wade helped Miami capture those two titles.

Kyrie Irving was unreal in the 2016 NBA Finals🔥pic.twitter.com/Ci3u1A4Qqj

The signature bucket in Cleveland basketball history might belong to Kyrie Irving. His dagger in Game 7 of the 2016 NBA Finals created ripples across the NBA landscape. But the rising star deserved credit for his overall postseason play that year, when he averaged 24.7 points and 4.6 assists per game while shooting a scorching 44% from long range.

Irving made the 2014-15 All-NBA Third Team in his first year next to James. He averaged 22.4 points and 5.3 assists per game during the three-year span, and it marked the rise of one of the league's best point guards.

LeBron and D-Wade teamed up right as the longtime Miami Heat superstar reached the latter stages of his prime. But Wade still averaged 22.2 points, 4.7 assists and 5.3 rebounds per contest across four years while winning his second and third championships with the franchise. He tossed in some crucial playoff performances, such as Game 5 of the 2012 East Semis, when Wade scored 41 points to help down the rival Indiana Pacers.

The face of the Heat earned All-NBA recognition in three of four seasons with James in Miami. But don't forget about Wade's second stint as a partner in crime, either. Though it only lasted 46 games, the duo paired up again in Cleveland during the 2017-18 season.

Some will dock Davis among LeBron James teammates because of his lack of longevity. But Davis is batting 1.000 in terms of rings, and in a vacuum, is the best player that has ever shared the court with James. He's the only teammate who was also the consensus best player at his position.

The Brow landed on the All-NBA and All-Defensive First Teams last season while averaging 26.1 points, 9.3 rebounds and 2.3 blocks per game. He even edged out LeBron (27.7 PPG to 27.6) in postseason per-game scoring. With only one season under his belt, Davis has the highest MVP ranking (sixth) in James teammate history. He's a transcendent big man whose run with the King has only just taken off.