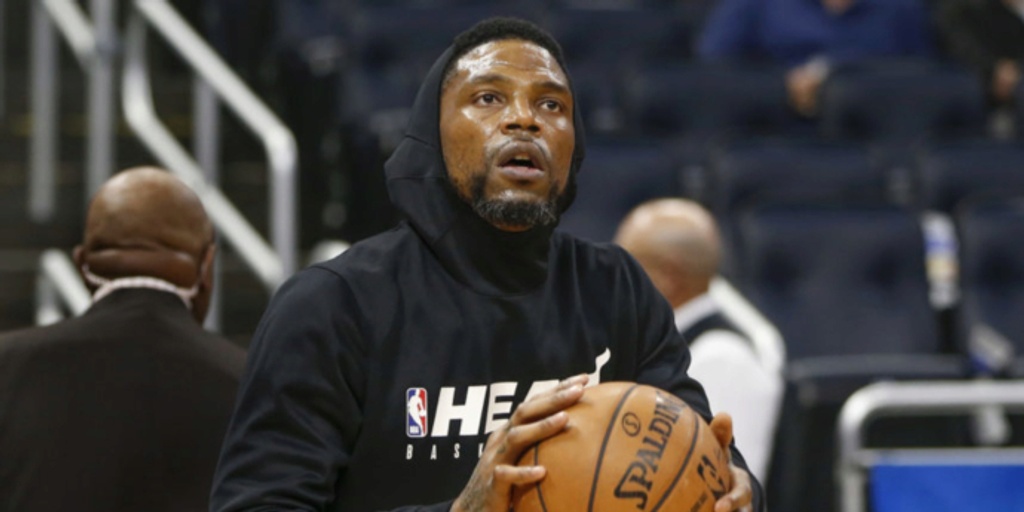 Udonis Haslem: 'Everybody can't handle' pressure of playing with LeBron

Among the topics was the pressure of playing with LeBron James. When James came to the Miami Heat after "The Decision" in 2010, it immediately set championship expectations on the team.

"If you can handle LeBron coming to your team, it works out for you and it can be successful," Haslem said. "The problem is: Everybody can't handle it. When LeBron comes to your team, there's winning expectations instantly. No waiting, no four or five-year process; there ain't none of that."

Haslem went onto say that, while James was obviously instrumental to the Heat and their two championships in the early 2010's, everybody on those teams played important roles. One of those players was Chris Bosh, who Haslem says "never got his due."

"When we put the Big Three together, I had competed with [Dwyane Wade] all my life. We kind of knew what LeBron was about. I wanted to see what [Bosh] was about... I knew he averaged 20 [points] over there in Toronto, but let's see. And he earned my respect."

Both Haslem and Posey praised Bosh for taking a smaller role with the Heat in an effort to win.

"It was crazy because, whether the public thought C.B. took a lesser role or how it looked on the outside, we always knew he was probably the most important piece," Posey said.

Now a mentor for the younger Heat players, Haslem takes pride in the way the organization has revitalized some unstable careers.

"You look at them -- the Dion Waiters, the James Johnsons, the Tyler Johnsons, the Hassan Whitesides -- you look at all these guys where NBA teams were either sending them to the G League or weren't giving them a chance, and [some were] undrafted and could've been out of the league," Haslem said.