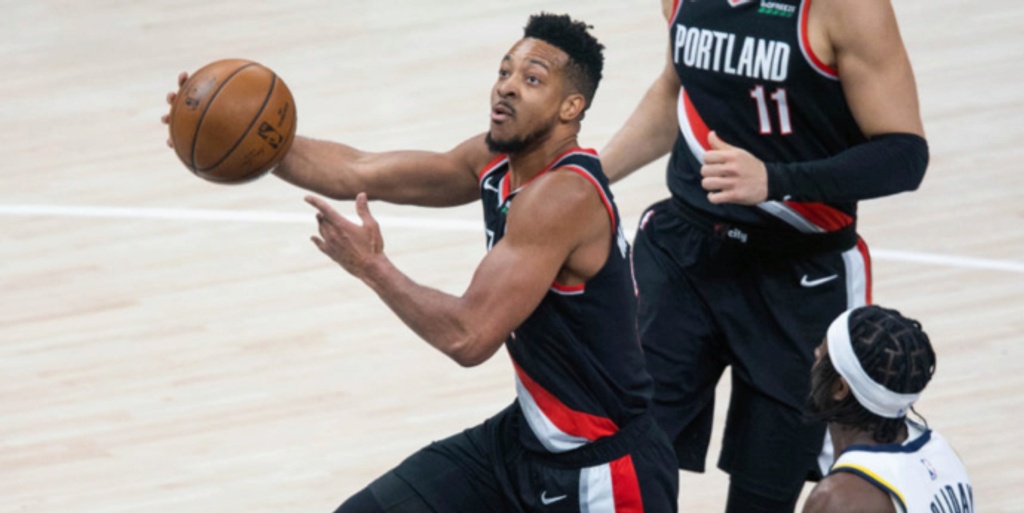 "For the first time, I believe the likelihood of [C.J.] McCollum being traded this summer is probable, if not certain.

"Because of his contract ($30.8 million in 2021-22, $33.3 million in 2022-23 and $35.8 million in 2023-24) and his talent, McCollum is the quickest and easiest way to improve — or at least shake up — the Blazers. Even [Neil] Olshey, who has long valued McCollum perhaps more than the rest of the league, seemed to soften his no-trade-CJ stance in his postseason address to the media, saying “nothing is ever off the table if it advances us closer to a championship.”

"I’ve also heard Boston could be interested in a player like McCollum, and I’ve always thought Marcus Smart and his defense would be a great pairing in Portland (obviously it would take more to make salaries match, but Smart would be a great start)."

SOURCE: Jason Quick of The Athletic

ANALYSIS: When it comes to the Portland Trail Blazers, Quick is more plugged in than just about anyone, so it's interesting to read this speculation in his latest mailbag.

McCollum is coming off of a career-year in which he averaged 23.1 points, 4.7 assists, 3.9 rebounds, 3.6 threes, 0.9 steals and 1.4 turnovers, while shooting 45.8% from the field and 40.2% from three. However, there's a sense of urgency in Portland to improve the roster around Damian Lillard and advance deeper in the postseason.

As Quick mentioned, McCollum is the Blazers' best trade chip and other teams will certainly come calling if he is made available. One such team is the Celtics, who would be an interesting trade partner since Boston could form a trio of McCollum, Jayson Tatum and Jaylen Brown, while Marcus Smart could help the Blazers improve their defense (which allowed 113.4 points per 100 possessions, ranking 29th in the NBA). However, it's unclear what else Boston would have to give up in addition to Smart.

Like the Collin Sexton situation in Cleveland, this is definitely something worth monitoring this offseason.