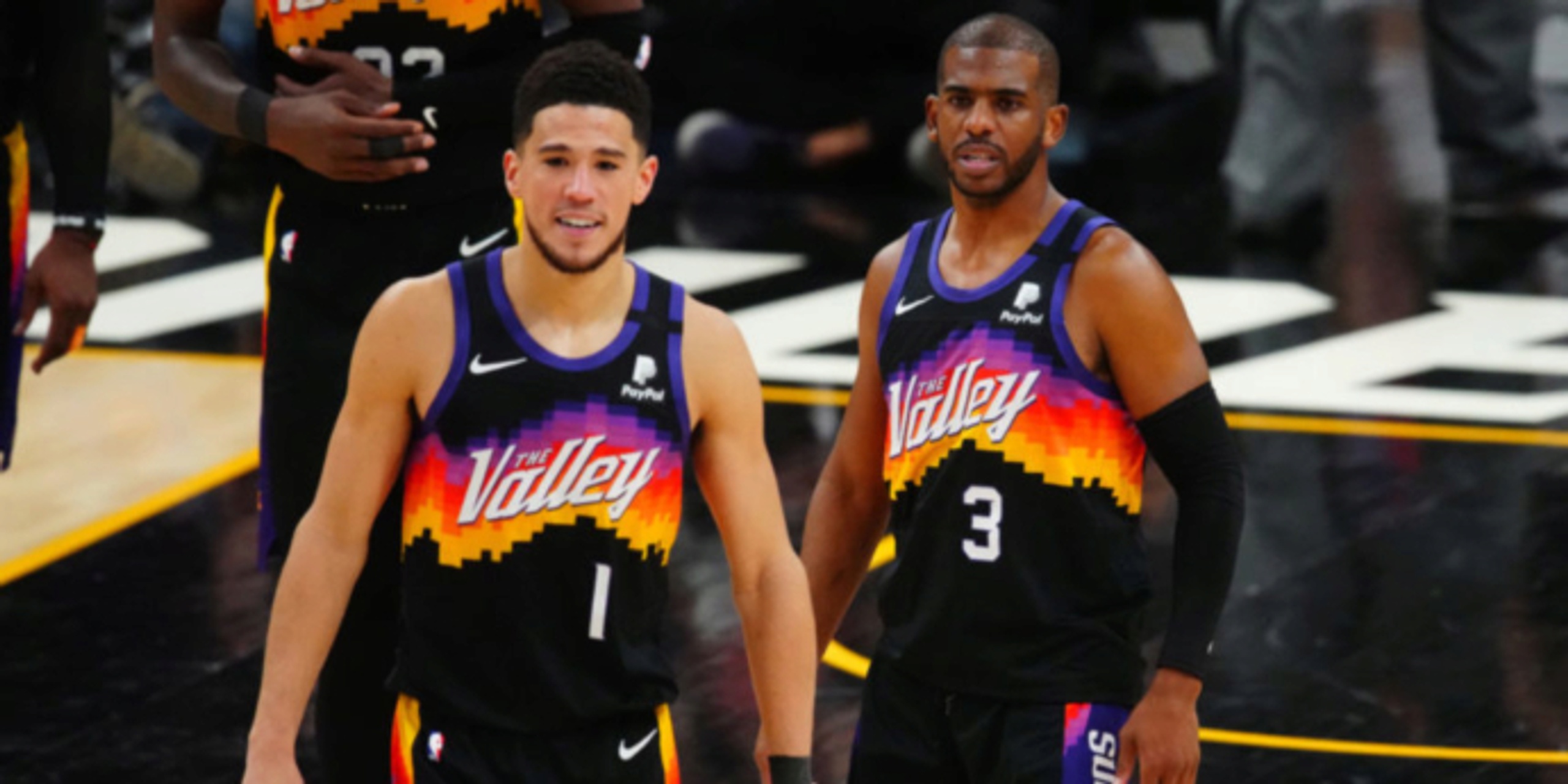 Everyone who works here at BasketballNews.com has a crystal ball. And an opinion. On Saturday, after asking several of our writers to make an NBA Finals MVP pick and explain their choice, this columnist drove across the New York/New Jersey border and placed $10 wagers for each staff member.

Sadly, Patrick Beverley of the Clippers was not on the board at any of the big U.S. sportsbooks, nor was Kawhi Leonard. Fortunately, neither player was picked by our writers.

I took Jrue Holiday of the Milwaukee Bucks, because I have a thing for glue guys who play great defense under Adam Silver’s new and, ahem, improved rules. If the Bucks get past the Hawks, somebody is going to have to defend Chris Paul or Devin Booker or whoever has the hot hand at guard for the Clippers.

And since defense wins championships, and since Holiday was 38-1, and since short odds do not exactly do it for me, I took the guy who most certainly won’t have the jitters from the free throw line if the NBA Finals comes down to a Game 7.

On the opposite end of the spectrum is my colleague Nekias Duncan, who also loves great defenders and went with Giannis Antetokounmpo.

"I think I'm going to roll with Giannis here,” Duncan said. “There isn't a great option to throw at him from either West team, though Deandre Ayton (if the Suns make it) might have the best shot. His offensive prowess, combined with his defensive versatility, should make it easy for him to make a tangible impact on both ends. Great ‘overcame-adversity’ narrative too.”

The boss, Alex Kennedy, was initially tempted to go with Giannis, too. But Alex does not run with the pack, which is why he had more Twitter followers before he turned 21 than many celebrities have after a half-dozen major motion pictures. He has more contacts in his phone than an optician has in his shop.

“Give me Devin Booker,” Kennedy said. “I think the Phoenix Suns have enough to win it all, and Booker has been incredible this postseason. I can see him shining on the Finals stage, scoring a ton of points and creating for others -- all while talking trash and winning over more fans with his brash personality. Prior to this season, Booker was often characterized as someone whose empty stats didn't translate into wins, and now it feels like he's taking out five years of pent-up frustration on his playoff opponents.”

Booker is the second choice on the board at FanDuel, so Kennedy’s $10 could turn into $32, enough to purchase a half-dozen frappuccinos at Alex’s local Starbucks outside of Orlando.

Matt Babcock, our draft guru who is working the NBA draft combine in Chicago, went with Giannis, too -- apparently because Matt believes that airballs from the free throw line are merely a hazard of the business. (Just messin’ with you, Matt.)

“At this point, I believe the Milwaukee Bucks are the front-runner to win the championship, making it a natural decision to pick their top player,” Babcock explained. “Also, with how much the Bucks depend on Giannis to carry such a heavy load for them, that’s another reason as to why he is the natural choice.”

In Chicago, Matt’s $1.50 won’t go as far as Nekias’ $1.50, but at least that buck-and-a-half will get Matt four slices of pepperoni at the original Uno’s (but not an entire deep-dish pizza).

Columnist extraordinaire Moke Hamilton is a practicing attorney when he is not talking and writing hoops, so his decisions go through an IQ filter that the rest of us can only wish we had. He is also a non-insufferable New Yorker, which makes him an outlier – even if his pick is not.

“I’ll take a flier on Chris Paul,” Hamilton said. “If he is able to help the Suns get past his old team, I think he’ll take advantage of the opportunity to win his first Finals. I also liked him for regular-season MVP, but obviously fell short there. Maybe second time is the charm.”

Paul’s odds are +440, and if Hamilton wins, he can take that $44 to a Brooklyn Nets game next season and get a cheeseburger and a water and still have $15.32 cents left over. (Yes, a cheeseburger and water at Barclays Center costs $28.68. And no fries are included). But Hamilton will have to put that money into plastic form, because concession stands at the Nets home area do not take cash.

Last but not least is our own Hartenstein, Spencer Davies, who is counting down the decades until the Cavs are an NBA Finals team again.

“Let’s be bold, shall we? If the Clippers continue to display the resilience they have through being battle-tested, what about Paul George? This is a man in the midst of an underappreciated playoff run,” Davies said. “Everybody’s looking at the shooting numbers from deep, but George’s mentality to put his head down and get to the rim has really opened up things for Reggie Jackson, Luke Kennard and company to fire away. That is how you impact the game, by drawing multiple defenders and making plays for your teammates, especially when your team is missing a former Finals MVP in Kawhi Leonard.

“Defensively, he’s been effective with deflections and multiple efforts as well. George has continued to answer the bell (aside from the two missed free throws in Game 2) when called upon, and it would be incredible to see him win the 2021 Finals MVP in a bounce-back postseason from the Bubble less than a year ago.”

Davies’ wager is priced at +700, and if Davies wins, he can take that $70 and drive down to Dan Gilbert’s casino across from the Cavs’ arena and play blackjack with house money. With a good run, Davies can have enough dinero to take Hartenstein out for dinner.

But it would have to be a heck of a blackjack run. Hartenstein, rumor has it, can put down a lot of food.

For help placing NBA bets, check out BetQL. And as a BasketballNews.com reader, you can get access to BetQL for 30% off when you use the code BBN30.