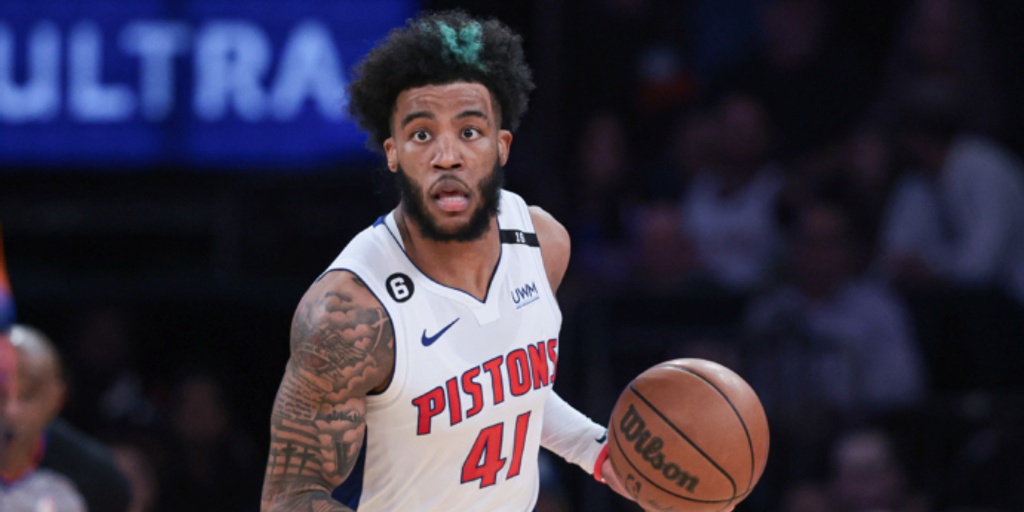 The Detroit Pistons are currently 8-22, which is the second-worst record in the NBA. And as one of the few teams expected to be sellers prior to the NBA's Feb. 9 trade deadline, rival executives are circling the team like vultures.

Recently, multiple teams have inquired about Saddiq Bey, who is averaging 14.4 points, 4.2 rebounds, 1.6 threes and 0.9 steals on .401/.298/.870 shooting splits in his third NBA season. The Pistons' asking price for Bey is an unprotected first-rounder, according to Jake Fischer of Yahoo Sports.

Fischer adds that the Pistons are expected to move Nerlens Noel prior to the Feb. 9 trade deadline, and that Alec Burks is also a trade candidate after drawing interest from numerous teams.

The Pistons have assembled a talented young core that features nine players who are age-23 or younger including Cade Cunningham, Jaden Ivey, Bey and Jalen Duren among others.