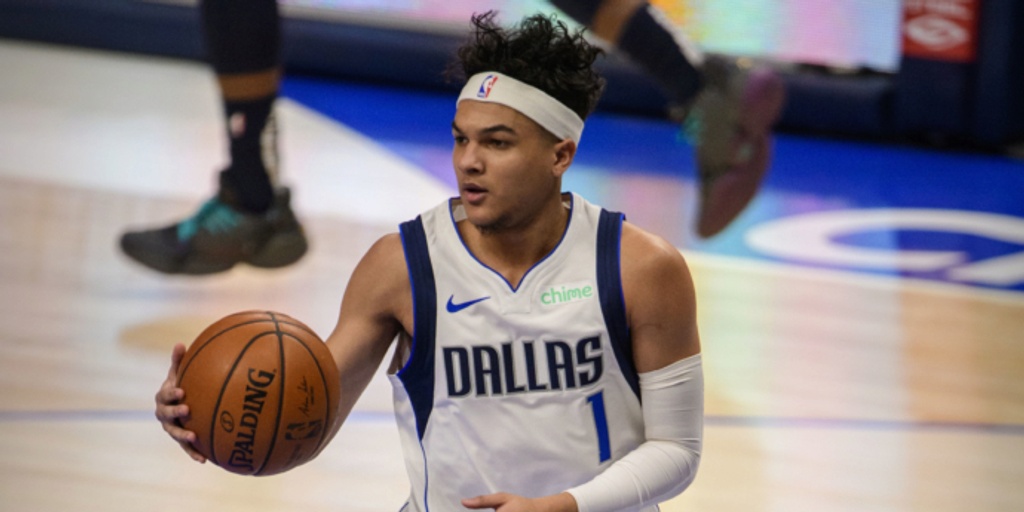 Tyrell Terry, who was drafted No. 31 overall in the 2020 NBA Draft by the Dallas Mavericks, announced his retirement from basketball today at 22 years old.

Over the course of his two-year NBA career, he appeared in just 13 games with the Mavericks and Memphis Grizzlies. Prior to entering the NBA, Terry played one season at Stanford, averaging 14.6 points, 4.5 rebounds, 3.2 assists and 1.4 steals.

In his retirement announcement, he cited "the anxiety this sport has caused me" and talked about battling "the darkest times of my life."

"This message is a very difficult one to share and an emotional one to write. Today I decided to let go of the game that has formed a large part of my identity. Something that has guided my path since I took my first steps. While I have achieved amazing accomplishments, created unforgettable memories, and made lifelong friends…I’ve also experienced the darkest times of my life. To the point where instead of building me up, it began to destroy me. Where I began to despise and question the value of myself, much more than those surrounding me could ever see or know.

"Intrusive thoughts, waking up nauseous, and finding myself struggling to take normal breaths because of the rock that would sit on my chest that seemed to weigh more than I could carry. This is just a brief description of the anxiety this sport has caused me, and while I’m grateful for every door it has opened for me, I can’t continue this fight any longer for something I have fallen out of love with.

"To most, I will be forever known as a bust, a failure, or a waste of talent. While those may be true when it comes to basketball, it is the biggest failures in life that lead to the greatest success. There is more for me out in this vast world and I am extremely excited to be able to explore that. And for the first time, to be able to find my identity outside of being a basketball player.

"I am eternally grateful to those who have believed in me and apologize to those that I have let down. But I’m headed down a different path now, one that will hopefully lead to happiness and being able to love myself again."