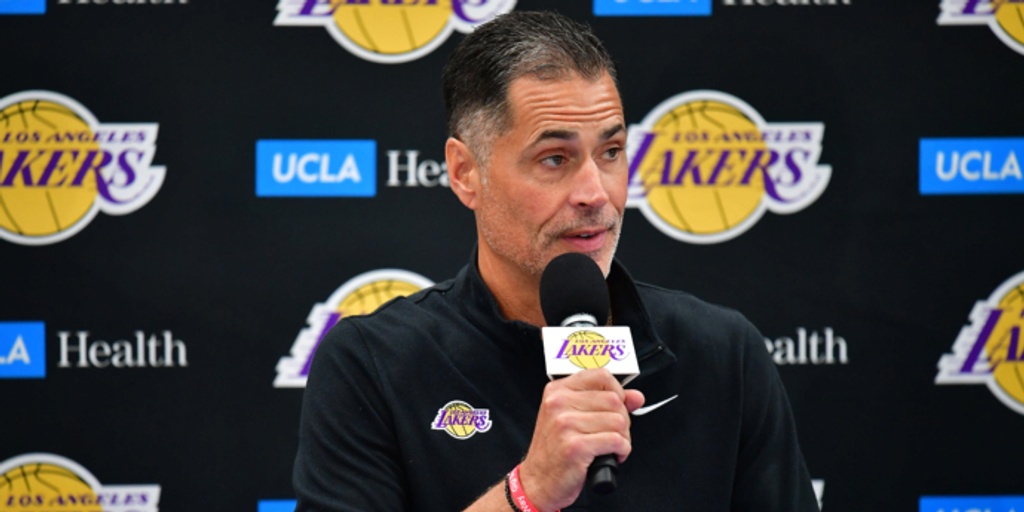 While the NBA trade deadline isn't until Feb. 9, trade talks are starting to heat up.

Dec. 15 is known as the start of NBA trade season because any player who signed a contract last offseason can now be traded by their respective team, making it much easier for teams to negotiate deals and match salaries.

As of now, it seems that there are a lot of buyers and only a few sellers. The main sellers seem to be the San Antonio Spurs, Orlando Magic, Detroit Pistons and Houston Rockets, according to Jake Fischer of Yahoo Sports. NBA executives are waiting for more sellers to emerge, but since there's so much parity this season, many teams are looking to buy or stand pat.

So far, the most active teams on the trade market have been the Los Angeles Lakers, New York Knicks and Rockets, according to Fischer. Let's take a look at each team and the moves they're considering.

Over the offseason, it seemed like a Russell Westbrook trade was inevitable. However, Sam Amick of The Athletic reports that "Westbrook’s play this past month has made it increasingly unlikely that he will be traded before the league’s Feb. 9 deadline." Since becoming a sixth man on Oct. 28, the 34-year-old has averaged 15.2 points, 7.9 assists, 5.8 rebounds in 28.2 minutes per game.

If Westbrook isn't expected to get dealt, why are the Lakers considered one of the most active teams?

Well, they are reportedly looking to pull off a smaller trade involving Patrick Beverley, Kendrick Nunn and potentially a protected first-round pick. Jovan Buha of The Athletic spoke about this two weeks ago, and Fischer confirmed that L.A. has offered this package to various teams (including to the Pistons for Bojan Bogdanovic). It remains to be seen whether the Lakers will be able to flip this package for a significant contributor prior to the trade deadline. As always, they're also a team to watch once buyouts begin.

Big changes may be coming in the Big Apple.

The Knicks have "made plenty of its roster available for discussion, particularly Evan Fournier, Derrick Rose, Cam Reddish and Immanuel Quickley," according to Fischer.

One year after acquiring Reddish in a trade with the Atlanta Hawks, the Knicks are working with Reddish's camp to find him a new home. Fischer mentions that the Knicks and Lakers have talked about a deal involving Fournier and Reddish.

At one point earlier this season, the Knicks expressed interest in Rockets veteran Eric Gordon, but the two sides weren't able to reach an agreement.

As previously mentioned, Houston has emerged as an early seller.

The Rockets have the second-youngest team in the NBA, with an average age of 23.58 years old — trailing only the Oklahoma City Thunder (23.14). They are focused on rebuilding and developing their young core, but they could also be open to moving certain players for the right price.

Eric Gordon's name has surfaced in trade rumors over the last two years, but the Rockets have insisted that they won't move Gordon unless they receive a first-round pick. There are "roughly a half dozen teams" that have had preliminary talks about Gordon, according to Jonathan Feigen of the Houston Chronicle. Feigen mentions that Gordon is a top target for contenders (including the Phoenix Suns).

KJ Martin is another name to keep an eye on. The 21-year-old requested a trade over the offseason and "multiple sources believe he still wants out," according to Eric Pincus of Bleacher Report. Pincus notes that the Suns have tried to acquire a package of Gordon and Martin.