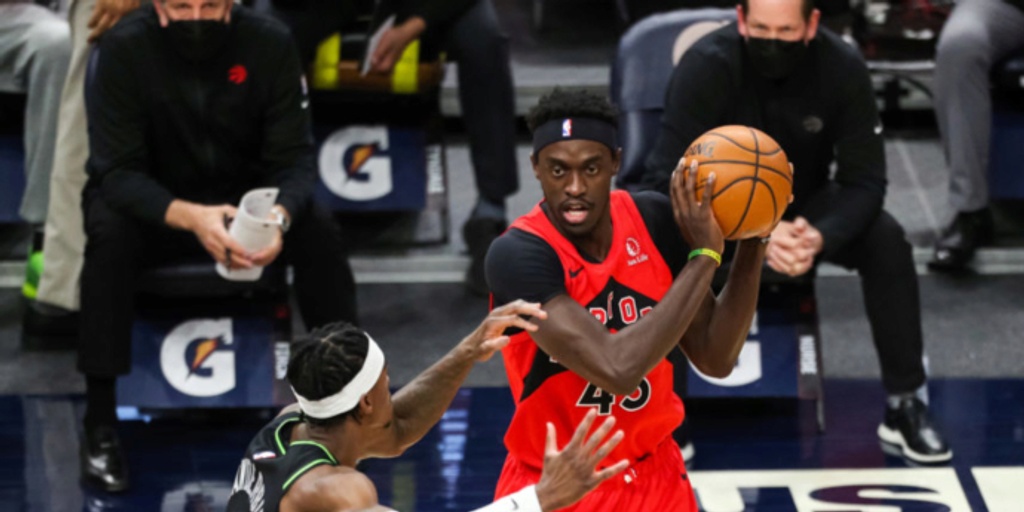 Pascal Siakam out until after All-Star Break

The Toronto Raptors received some unfortunate news on Friday when it was revealed that head coach Nick Nurse and five other assistant coaches would be placed in the NBA's Health and Safety Protocol and miss an undetermined amount of time. On Saturday, that news reportedly worsened for the team.

According to ESPN, the Raptors will be without star forward Pascal Siakam for the remainder of the first half of the season, as he is also in the NBA's Health and Safety Protocol. Siakam missed Toronto's game on Friday night as part of this.

Toronto Raptors star Pascal Siakam is expected to remain in the league’s Health and Safety protocol through the All-Star break, missing the final three games of the first half, sources tell ESPN. Siakam sat out Friday’s victory over Houston in the protocol.

So far this season Siakam has averaged 20.1 points per game to go along with 7.5 rebounds and 4.8 assists for the Raptors.