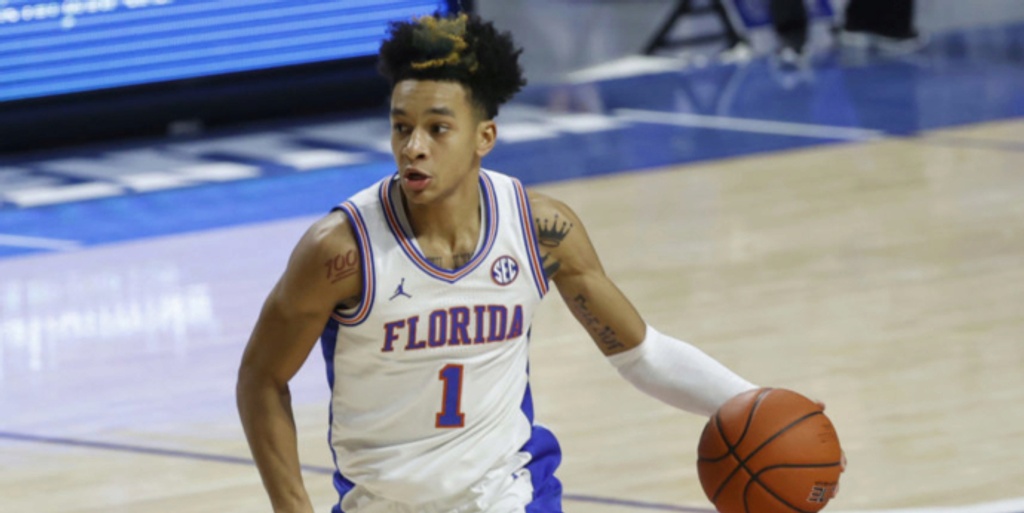 Outlining the progression of Tre Mann as an NBA Draft prospect

In April of 2019, I attended the Allen Iverson Roundball Classic in Philadelphia, Pennsylvania.

There, I was able to evaluate a number of future one-and-done prospects that were ultimately drafted in the 2020 NBA Draft, including: Patrick Williams, Onyeka Okongwu, Zeke Nnaji, Jahmi’us Ramsey and Cassius Stanley. Despite the terrific opportunity for me to see players that were a part of the the 2020 draft class, it also gave me an opportunity to become familiar with Tre Mann, a combo guard from Gainesville, Florida.

Although he took a year longer than the aforementioned group of players, Mann has emerged as a legitimate prospect for the 2021 NBA Draft, and I’d like to share how Mann has progressed from the time I first saw him at the Iverson Classic until now, from my perspective.

After attending the Iverson Classic in 2019, I wrote: “Heading to the University of Florida next year, the sweet shooting combo guard, Tre Mann, showed off his ability to score all week. Perhaps the best shooter at the camp, Mann certainly has room for improvement but has the ability to step in and play either guard position and be a primary scoring option year one.”

I thought there was a strong possibility that Mann would step in at Florida, have a big year right off the bat and be a one-and-done prospect as a result; it might be fair to assume that Mann himself had similar expectations. Unfortunately, things didn’t unfold that way, as Mann only averaged a modest 5.3 points per game while shooting 35.6% from the field and 27.5% from three-point range. Following the season, Mann did enter his name in the 2020 NBA Draft, but ultimately pulled out to return to Gainesville for his sophomore season.

To begin the 2020-21 season, Mann came in with all guns blazing, scoring 19 points versus Army in the Gators' season opener, which was more points than he had scored in any game throughout his entire freshman season. From there, he seemed to never look back as he went on to average 16.0 points, 5.6 rebounds, 3.5 assists and 1.4 steals per game for the season, while shooting 45.9% from the field, 40.2% from three-point range and 83.1% from the free-throw line. He was named First Team All-SEC by the coaches.

Needless to say, Mann had a great year!

Following the season, I had an opportunity to meet Mann, and watched him workout and play in Miami, Fla., as well as see him in Chicago at the NBA Draft Combine.

At this point, I feel very comfortable with my evaluation of Mann:

Standing between 6-foot-3 and 6-foot-4, Mann’s ability to play on or off the ball, shoot with deep range and create his own shot off the dribble (the kid has “wiggle”), make him a valuable commodity at the next level. Additionally, he still has a lot of room for growth, and considering the jump that he made between his freshman and sophomore seasons, I think he has a relatively wide window to keep developing at a high rate.

Although Mann faced some adversity with struggles during his freshman season, he clearly kept his eye on the prize and continued to develop. His hard work and determination have led him to a position where he can expect to hear his name called by NBA Commissioner Adam Silver on draft night, July 29.

It may have taken longer than expected, but Mann has developed into the player that I thought he’d become all along.

We currently have Tre Mann being selected by the Los Angeles Lakers with the No. 22 pick in our most recently updated 2021 NBA Mock Draft.