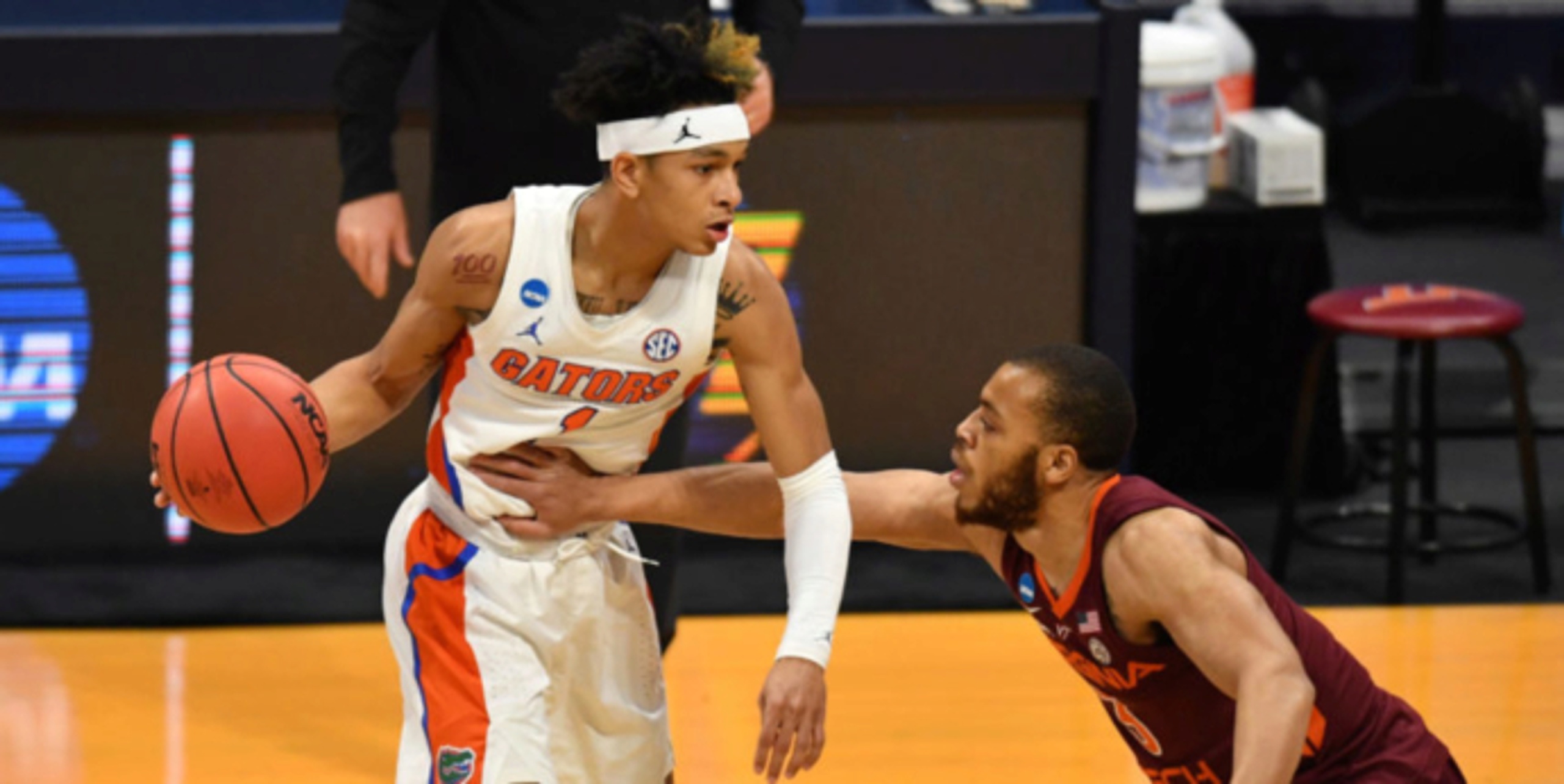 In today’s NBA, the point guard position is arguably the most critical component to a team’s success. Steph Curry, Russell Westbrook and Damian Lillard, among others, are dynamic, versatile guards with the ability to drive their team to wins.

Great point guards understand that their responsibilities are paramount. Unselfishness, competitiveness, and an unwavering dedication to improvement set apart the elite from the average, and these are traits that organizations search for in every NBA Draft.

In the 2021 NBA Draft, there are a number of strong options at the point guard position, including Jalen Suggs, Sharife Cooper, Jared Butler, Davion Mitchell and more.

But let's talk about Tre Mann.

After a less-than-stellar freshman campaign at the University of Florida, Mann burst onto the scene as a sophomore and solidified himself as a legitimate first-round option in his draft class.

After being ranked No. 22 in the 2019 RSCI High School class, Mann underwhelmed in his debut season with the Gators. He scored 5.3 points per game while shooting 43.8% from two and 27.5% from three. He then hit a growth spurt. Per FloridaGators.com, Mann grew nearly two inches and put on 15 pounds prior to this past season, giving him good positional size at 6-foot-5 and 190 pounds. He’s developed into a real two-way threat and continues to improve at a rapid pace.

The most effective ball-handlers utilize a special blend of change of direction, pace and footwork to create looks for both themselves and others. He isn’t the most explosive athlete, but Mann showed each of these skills at a high level, and became the playmaker that recruiting analysts hoped he would out of high school. He uses tight ball-handling and a unique ability to manipulate defenders in isolations and the pick-and-roll, often getting his man off-balance in order to get downhill. When watching him attack on the perimeter, it’s impressive to see the way he uses deceptive movement and tremendous footwork to create space as a shooter.

As a shooter his sophomore year, Mann connected on 40.2% of his shots from deep, up 13 percentage points from his freshman season. He possesses legitimate NBA range, and is advanced in the way he controls his feet and body weight, allowing him to hit even the toughest of looks.

An archetype growing in value across the league is the pull-up shooter, especially a player who can regularly get looks for himself; this is an area where Mann catches my eye. His pull-up craft is not only effective, but it’s been defined as "aesthetically pleasing" as well, with his smooth stepbacks and snatchbacks to remove his man from the play. Not only does he have a diversity of pull-up moves that he uses to his advantage, but of the guards listed above as potential first-round targets, Mann has the lowest percentage of assisted threes by a large margin, per HoopMath.com:

Another facet where Mann performed well was with his passing. As a freshman, you could see the flashes and potential, but the confidence to initiate was lacking. This past season, he really developed into a tremendous, anticipatory facilitator for his entire team. Live-dribble passing is becoming more and more desirable in the lead guard position, which Mann does at a high level -- functional delivery while on the move, ambidexterity, improvement in manipulating defenders off the dribble. He creates open passing lanes for cutters and rollers often, and is becoming more comfortable attacking small windows. He’s not quite an elite passer yet, but the vision is advancing; his combination of shooting and facilitating gives real promise to his future as an offensive driver.

Defensively, a lot of usage-heavy guards tend to take plays off or give minimal effort on the other side of the ball, but while Mann isn’t an elite defender or stopper, there is effort. He is mature and plays soundly within his responsibilities, not overtly impactful, but is willing to stunt, dig and rotate when needed. On the ball, it’s evident that his lack of strength and physicality need to be addressed, but he has good feet and is disciplined on contests, rarely biting and falling for fakes that would remove him from the play. Lead guards generally won’t be asked to carry a defensive load, but I believe that one who is at least average, or plays with effort and intelligence, adds substantial value to the team.

Tre Mann is a disciplined, well-rounded point guard who may become a true two-way threat at the NBA level. He continues to improve at a rapid rate and was comfortable in taking on much greater responsibility in Year 2 for the Gators.

While he lacks elite bounce or athleticism, Mann's combination of positional size, advanced space creation and pull-up shooting potential make him a special talent. He’ll be one to keep an eye on as we go through the pre-draft process.

Mann is currently ranked No. 16 on the BasketballNews.com NBA Draft Big Board.