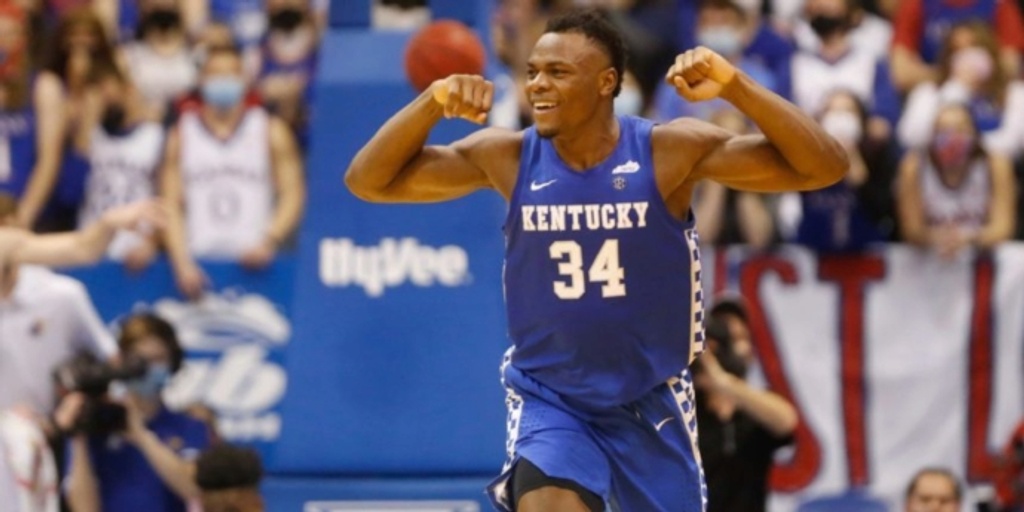 Oscar Tshiebwe will return to Kentucky for his senior year

Rather than entering the 2022 NBA Draft, forward Oscar Tshiebwe announced that he is returning to Kentucky for his senior season.

The 22-year-old was the consensus national player of the year, winning the Wooden Award, Naismith Player of the Year and NABC National Player of the Year among other honors. Tshiebwe averaged 17.4 points, 15.1 rebounds, 1.8 steals and 1.6 blocks as a junior, while shooting 60.6% from the field.

Tshiebwe was ranked No. 41 on BasketballNews.com's latest 2022 NBA Draft Big Board, but now he'll try to improve his draft stock during his senior year.

"After transferring from West Virginia, Oscar Tshiebwe brought energy and a significant physical presence to Kentucky's roster," said BasketballNews.com's Senior NBA Draft Analyst Matt Babcock. "Standing 6-foot-9 and 255 pounds, Tshiebwe's strength and motor are the two elements of his game that stand out the most. In addition, he is probably the best rebounder in the country.

"Although there are questions about how well his game translates to the modern-day NBA that values floor-spacing, he must be taken seriously as an NBA prospect."

Tshiebwe led the Wildcats to a 26-8 record this season, but Kentucky was stunned by No. 15 seed Saint Peter's in the first round of the NCAA Tournament.

"That's not how I wanted it to end," he said of his college career. "It's the best motivation."