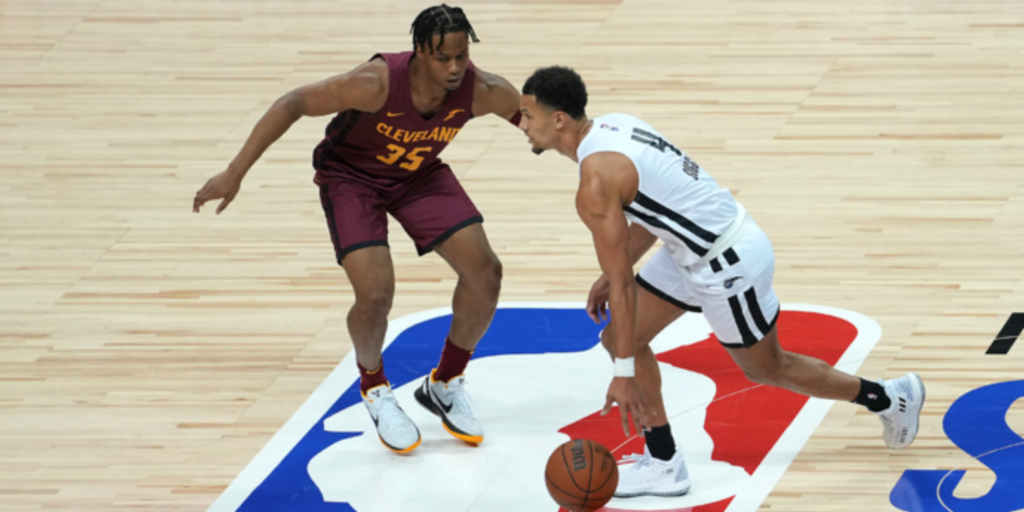 Magic finally hit the reset button for a bright future

The reboot has officially begun in Orlando. After trading away Nikola Vucevic and Aaron Gordon at last season’s trade deadline, the Magic are finally embracing the long-term build compared to wallowing in no-man’s land.

Although the Magic put together an intriguing core led by Vucevic and Gordon, it just wasn’t good enough within an Eastern Conference that was ripe for the taking over the years. The best Orlando could muster was a bottom-tier playoff seed, which inevitably reached an easy answer. The definition of insanity is continuously running back the same team with no real room for improvement, and Orlando finally realized this midway through last season when Gordon and Vucevic were shipped off for multiple draft assets and young prospects.

Lottery luck once again wasn’t on the Magic’s side, but they still were one of the biggest winners from the 2021 NBA Draft in hindsight. Snagging Jalen Suggs at No. 5 overall was a home-run scenario, an immediate franchise-changing prospect with an immensely high ceiling. Then, thanks to the Vucevic trade, Orlando used the Chicago Bulls’ top-10 pick at No. 8 overall to acquire another high-floor prospect in versatile forward Franz Wagner from Michigan. Adding Suggs and Wagner into the mix of an already bountiful core of under-25 talent in Orlando is an exciting development.

All of the following players projected in Orlando’s rotation for the 2021-22 season are age-24 or under: Jonathan Isaac, Chuma Okeke, Markelle Fultz, Mo Bamba, Wendell Carter Jr., Cole Anthony, R.J. Hampton, Suggs and Wagner. That’s right — eight of the Magic’s rotational contributors are still at this stage of their careers.

Orlando is just now beginning what the team should have done a few years ago with its roster, but it's the right route when you realize how much young talent can be stockpiled when picks hit.

Isaac is coming off a torn ACL with an extensive recovery; however he’s already flashed real two-way potential featuring All-Defense upside in the near future. If the offense clicks for Isaac, he will quickly climb the ranks of under-25 talent in the Association.

Carter, whom Orlando landed in the Vucevic trade, has flashed on a few different occasion that he’s a legitimate rotational big with some untapped upside of his own. Anthony, Fultz and Hampton are darts throws at the guard position, a situation that will sort itself out this season in regards to who will be featured alongside Suggs throughout the upcoming years.

Okeke and Bamba bring more depth to the Magic’s frontcourt, although the former Auburn Tiger figures to be a mainstay in Orlando longer than the 2018 No. 5 overall pick.

When trying to picture all of this young core figuring it out, the primary building blocks still crystalize: Isaac, Suggs, Wagner. Although the latter two haven’t played in the NBA, the Magic using their most draft capital in recent memory on two of the "safest" prospects says a lot about where they view their long-term future. They want to improve, but it’s not going to be rushed. Suggs and Wagner should be connective-tissue pieces that help accentuate what is already in place for Orlando. If everything forms together as planned, Orlando is a team who could make some noise two or three years from now.

So, with that type of timeline, it’s fair to assume veteran wings Terrence Ross and Gary Harris are not long to stay on the roster. Rumors bubbled up around the draft mentioning Ross’ availability around the league. Harris helped match salaries for Denver in the Gordon trade, but he hasn’t shown much to the Magic or even Denver over the last few seasons, seemingly stagnating due to injury and inconsistent scoring capabilities.

In the East, Orlando is well behind the pack for a potential surprise run. (The team is tied for the NBA’s worst over-under win total projection with the Oklahoma City Thunder at 23.5.) Orlando potentially landing the No. 1 pick in the 2022 NBA Draft could be another crucial moment to helping the Magic finally stabilize a future winner. Long gone are the years of Shaquille O’Neal and Penny Hardaway, plus the Dwight Howard era.

There’s not much buzz around the Magic right now, and for good reason. It’s a lot of unproven talent that isn't even close to hitting their prime years. However, new head coach Jamahl Mosley is the right man to help steer the ship in the right direction for an organization in desperate need of it. Mosley was instrumental in helping Luka Doncic develop into the MVP favorite that he is entering his fourth NBA season. If Mosley can repeat his rapid development curves as he did in Dallas with Orlando’s roster, it will become a perfect marriage. Imagining Suggs being coached by Mosley is an exciting proposition, potentially one where we see the No. 4 overall pick make a run for 2021-22 Rookie of the Year.

Let’s take a look at the Magic’s rotation for the upcoming season:

Suggs will quickly push his way into the starting lineup. The question is, does Orlando pull the trigger quickly enough to put Suggs in the ROY race? When the Magic are likely trying to boost the trade values for Harris and Ross early in the regular season, it will be something to continuously monitor.

Orlando is years away from being where it just was as a scrappy, competitive, lower-tier seed in the East playoffs. However, this method of team-building is the way it should have been done all along.

With so much young talent stockpiling on top of one another, the dust will eventually settle itself and help Orlando put together a young core ready to grow together for years to come.