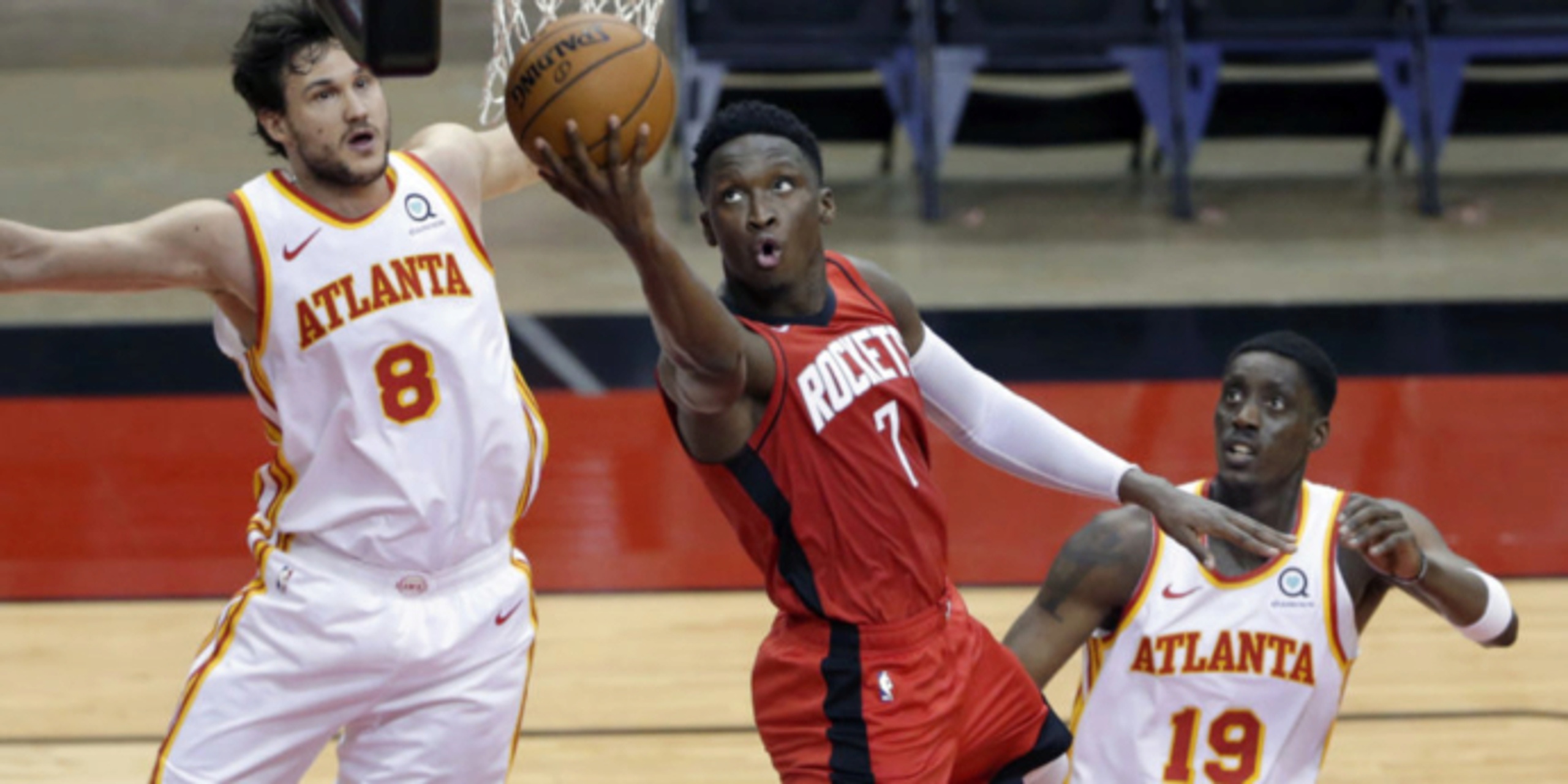 Oladipo likely to be most decorated player traded as deadline approaches

Around the league, Houston's two-time All-Star guard Victor Oladipo is increasingly regarded as one of the (if not THE) most decorated players to be traded in the next four-plus days.

ANALYSIS: With the Rockets losing their 20th-straight game this afternoon at home against Oklahoma City, recently acquired star Victor Oladipo seems like a likely candidate to be dealt as the deadline approaches next week, according to Marc Stein of The New York Times.

Oladipo has appeared in 19 games for the Rockets this season, but he has proven to still be an effective scorer while on the court. Since being dealt from Indiana, Oladipo is averaging 21.1 points, 4.9 assists, and 4.7 rebounds in about 33 minutes per game.

Kevin O'Connor of The Ringer added that the Rockets and Magic have discussed a deal that would send Aaron Gordon to the Rockets and Victor Oladipo back to the Magic, which is the team that drafted him second overall in 2013. O'Connor also said Oladipo could even be moved to a third team if this deal went down, as Oladipo would likely have no future in Orlando (according to league sources) so finding a third team would be necessary.