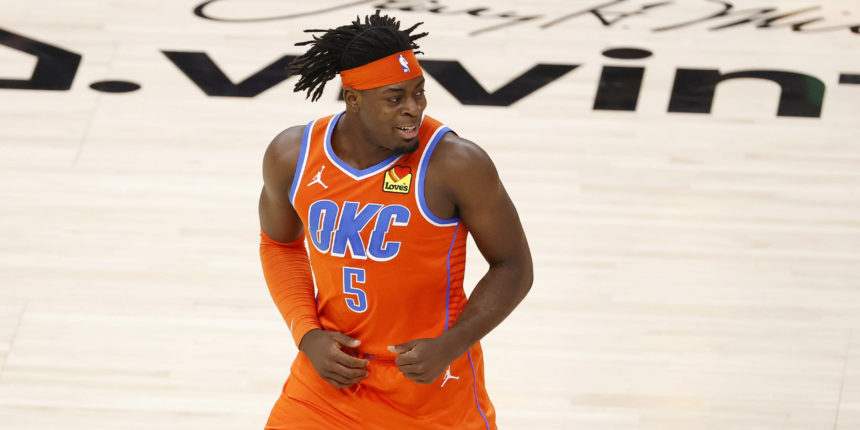 On Tuesday night, Oklahoma City forward Lu Dort joined an unusual club, becoming just the fifth player in the last 30 years to be undrafted and then score 40 points or more in an NBA regular season game.

Luguentz Dort is the 5th undrafted player in the last 30 years to score 40+ PTS in a game. He joins Damien Wilkins, C.J. Watson, Anthony Morrow and Fred VanVleet. @EliasSports pic.twitter.com/ClEKHkZzCX

Dort finished with 42 points and seven rebounds on 16-of-31 shooting (7-of-11 from deep) in Oklahoma City's loss to Utah on Tuesday. By doing this, Dort joins Damien Wilkins, C.J. Watson, Anthony Morrow and Fred VanVleet, according to Elias Sports.

This season, Dort has averaged 13.3 points in his second year in the league.