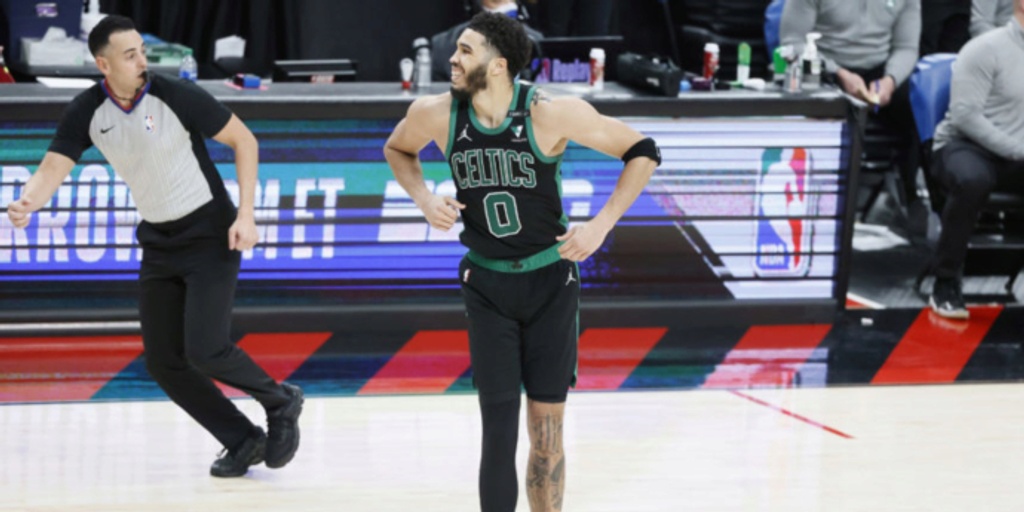 NBA Tweets of the Day: Just Be Yourself

Jayson Tatum did this, but he didn’t brag about it or post it for praise. He did it because he could, and because he is a good person.

Inspiring. Don’t let anyone tell you that you can’t get in fights on here and still achieve at the highest level. https://t.co/HQ1AwxxqTv

Kevin Durant finally said “screw it” and leaned into being extremely online, and it is commendable. It has to be exhausting to read and hear things about yourself every minute of every day and feel like you can’t respond. All players should have burner accounts, and when they are discovered, they should be left alone.

Anthony Edwards on his feelings about Alex Rodriguez being the Timberwolves new owner:

"I don't know who that is. I know he's going to be the owner. But I don't know anything about baseball."

Alex Rodriguez is that guy who is engaged to Jennifer Lopez.

Again, just like WNBA-endorsed makeup products, please take all of my money. There is so much money to be made through sports-related avenues when companies realize that women exist.

They Grow Up So Fast

Romeo Langford was 3 years old when Carmelo Anthony was drafted into the NBA. And now he's defending Melo in the NBA. pic.twitter.com/Gx1vTmlYzG

The Carmelo Anthony redemption tour is over. He has proven that he can hang with the best of them, because he is the best of them, and that he still belongs in the league playing against and alongside people who are young enough to be his child. Stay Me7o.

I hope Anthony Edwards knows how many people’s days he brightens just by being himself.

His effervescence, humor, ability to not take things too seriously, and genuine joy lift the spirits of so many on a daily basis.

I hope that’s a big part of his league-wide perception, too.

This rookie class, and Edwards in particular, is so refreshing. Not because of their on-court abilities, though those have exceeded expectations as well, but because of the fun we see them having. The canned answers and stifling of individual personalities appears to be a thing of the past, and it’s so nice to catch a glimpse of exactly who these guys are.