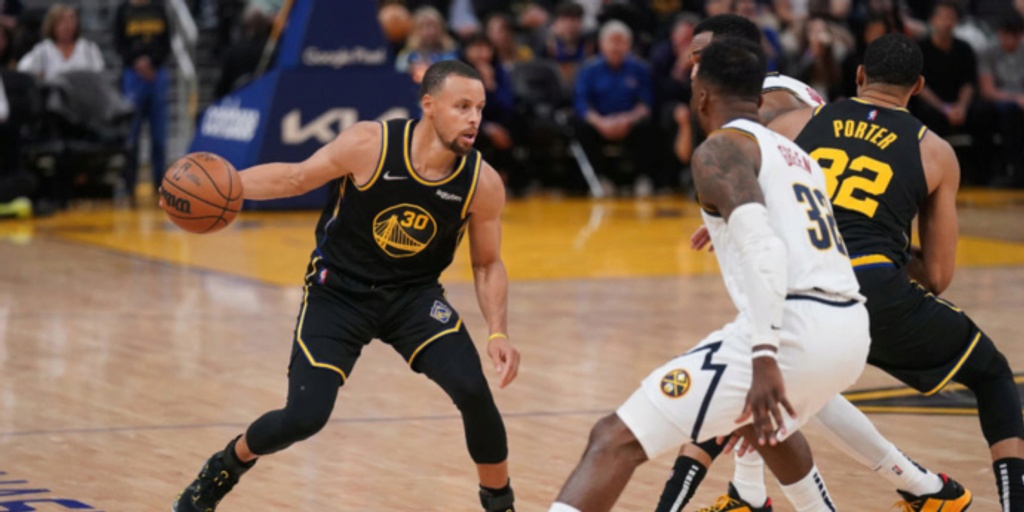 The playoffs are in full form with an ever-changing postseason landscape. Game-by-game changes in scheme and emphasis highlight the spirit of strategy and game-planning. As all eyes fall upon a subset of games, it makes sense that some of the most competitive and talent-laden exhibitions in the world are viewed as a lens for understanding.

Every April over the past five years, the same observation has popped up: analytics has changed the game. Their application has driven efficiency, shifted defenses and reshaped the dimensions of the court. Its impact cannot be overstated, although the way they are emphasized can sometimes be overwrought.

These statistics don't filter out transition plays and wide-open shots, but I'd posit that's also part of the point. If your weakside low-man is zoning up and gets back cut, you're giving up an absurdly efficient shot at the rim, one that your defense will do everything in its power to account for. If Steph Curry or Jordan Poole loses his man on a relocation to the slot, their defense is also doing everything to account for that and try to erase that mistake, or at least make the shot more difficult. There isn't a one-sized-fits-all approach.

Three-pointers on volume and without hesitation force the defense to close out, and the varying degrees of shooting efficacy and multitude of ways a player might be able to get their shot off further changes how the defense guards them.

Again though, it is less about the three-pointer here, and this is where debating about the value of two-pointers vs. three-pointers comes up short. They go hand in hand. While looking at offense from a top-down view, magnifying singular possessions and pulling data from that is useful, it makes the organic, inorganic.

You lose the seasoning of what makes a possession a possession. The why, the how, the confluence of events that bring you here. This is not to disparage data in the slightest, but it is so important to contextualize that data.

Let's back up a bit and consider how analytics change how the defense guards players and teams. This is the key here. I'd rather think about applied analytics as a realtor than an overpowering overlord for TNT broadcasts to get mad at. Over the last decade, we've essentially seen the league living in a good-sized house only to experience the revelation of, "Wait, we have a basement?"

Its about space! That's what it is! Its not about numbers, or metrics, or three-point rates moving on up. Hitting threes is great. Using the three as a tool to remap the floor is what really stands out. Instead of those 18-foot curls off a million screens for Rip Hamilton (art, literal freakin art btw), we have Steph Curry running off double pin-downs, elevator screens, etc. to potentially launch from 29 feet out. Again, it's about the potential, the threat.

The three-pointer is, of course, a useful and essential finishing tool, but some of the early shot clock and offense jumpers that teeter between feeling forced and making your father turn off the TV are looked at incorrectly.

I don't intend to say that they can't be frustrating, but there's a reason why some staffs emphasize these looks. Think of it like a jab in boxing. Is it the knockout punch? Heck no, but you can't just run around throwing overhand rights hoping to win a title fight. There has to be a setup. There has to be some guile and craft to unlock and open what's most desired: efficient buckets.

"Efficient buckets" has an entirely different world of meanings. Applied analytics has certainly cut down on the mid-range looks, but not entirely. The best of the best live there still, and perhaps with greater efficacy now as the floor is better spread, allowing for premier operators to flourish or showcase their vision.

What is efficient certainly has larger trends that track league-wide for the most part, but doubtlessly, it depends on the player. Some players might have minimal verticality around the rim, so the slightest contest at the basket can relegate them to a subatomic percentage at the basket. However, they might also be one of the quickest shooters in the league, so a three is more efficient for them. Another player might have a a 43-inch vertical, crafty handle and willingness to shoot, but they may also have the ability to yam on just about anyone. So again, there are trends, but it always depends on personnel.

Looking at this through the lens of multiple possessions or actions, it's worth trying to encapsulate the entirety. As mentioned earlier, space is the key. Unlocking the floor puts more and more torsion/tension on the defense.

This is the biggest shift due to applied analytics, and what I most want to highlight. It's easy to lose the plot of the process, and I'd argue the process is the most important part. The change of pace has certainly contributed to more overall possessions, which is worth noting.

The way the floor is spaced now is the story, though. It is less about three-pointers and two-pointers and more about what a well-spaced floor with remapped dimensions can allow for: driving lanes (and driving lanes galore, at that).

Timing and quickness in decision-making continue to be paramount as more and more players, regardless of role, must be capable of making reads. While size is again starting to reshape the court (what I'd consider the next evolution coming), it is even moreso about having meaningful size. Every player should handle the ball to a degree. Every player should be capable of passing to a degree. No, not everyone is going to be a primary option, but if you watch some of the top prep schools in the country, and you'll note how many players are capable of doing a little bit of everything. That sounds incredibly lacking in nuance, but it's true. Bigs might not be drivers, but they can catch and go. They can make one or two dribbles and a quick decision. If they're open, they make the defense care.

The San Antonio Spurs have been revelatory in watching and understanding space capitalization. Don't get me wrong, they're not a great offensive team, but they have showcased a great deal of offensive principles the past few seasons. While they have struggled as a shooting team, they routinely play a four-wing lineup that's built upon drive after drive after drive. Often, possessions will happen with two or three closeouts attacked repeatedly and kickouts with quick relocation to restart the process. Part of the reason they've needed that is their lack of high-powered finishing and how easy it can be to wall the paint on them. But again, that's part of the point.

It's not about twos and threes and their "worth." Rather, it's about how a shot opens up the court and how it allows teams to shape the defense as an offense.

Offense is fluid and shifts based on personnel on either side. It's not geometry or stats; it's organic architecture, consistently in flux with both teams trying to capitalize and minimize space, time and advantages. It's awesome. It's so much more about the constant push-pull to take space or not give an inch. It's about who can make the other tie their arm behind their back first.

Basketball continues to slowly but surely evolve in real time. It's evolving even quicker when we zoom out and have a look at the game on a grander scale, and changes are certainly on the horizon as the game continues to adapt and develop.