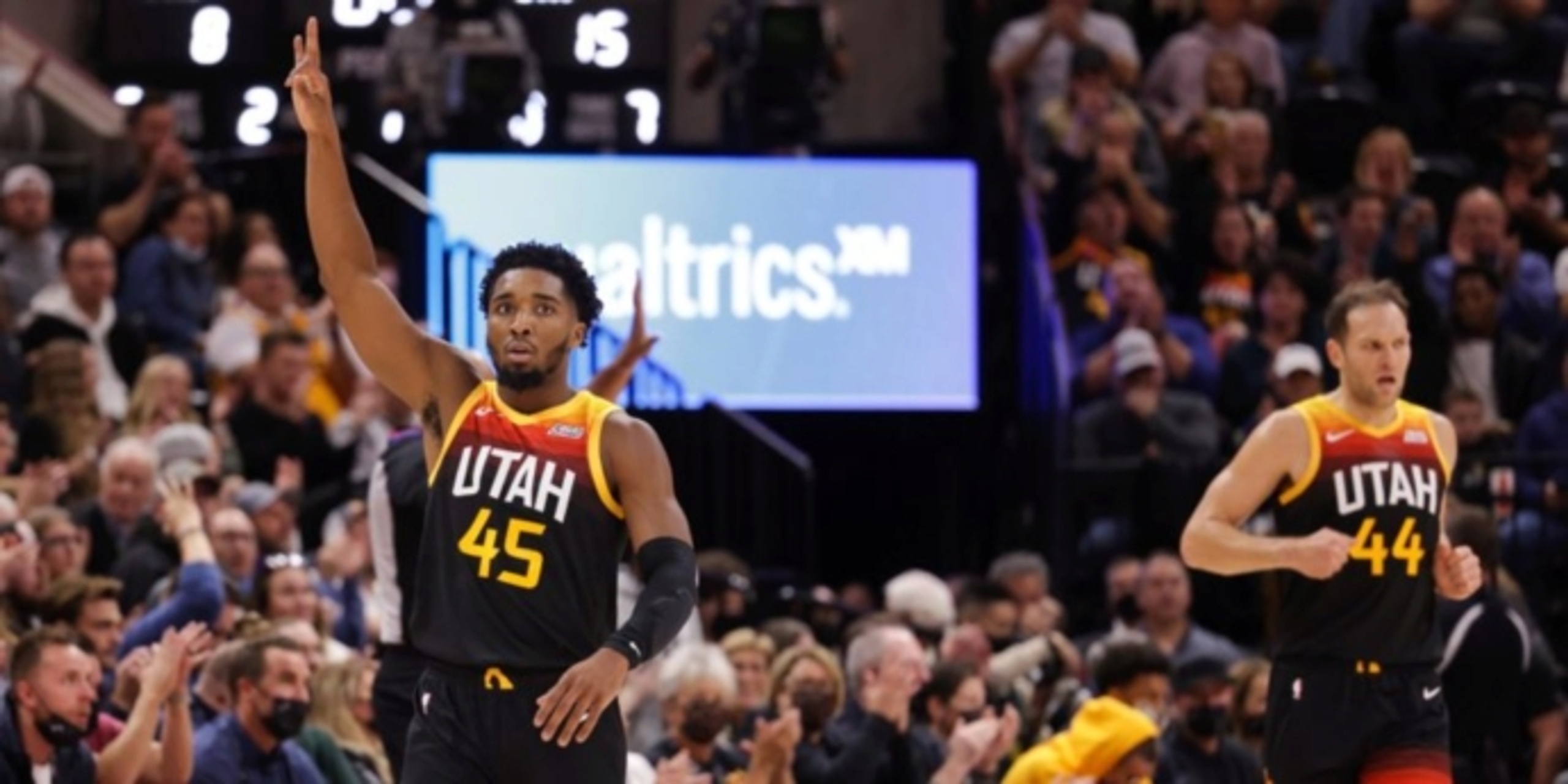 “Nothing But Bets” is back to go over today’s fun slate of NBA action for Thursday. Every single day, “Nothing But Bets” gives you the inside advantage before games begin. So far this season, the results have been in our favor, as we carry a 116-92-2 record (55.7%).

I’ve learned my lesson to never bet against the Warriors again after they destroyed the star-studded Brooklyn Nets on their home court. Now, they are in Cleveland to face off against the Evan Mobley-less (and Jarrett Allen-less, Collin Sexton-less and Lauri Markkanen-less) Cavaliers. Not having Mobley out there is a big loss, especially going against Golden State. In this matchup, we are hammering with emphasis that Golden State covers the 9.5-point spread. Personally, I don’t think this one ends up being close at all. Lock in Warriors -9.5, and check out these suggested over/under props via PrizePicks: Stephen Curry over 25.5 points, Draymond Green over 7.5 assists, Green over 7 rebounds, Curry over 4.5 threes.

Welcome back to the lineup, Jimmy Butler. Miami’s star wing was dominant on Wednesday against the Pelicans, as he poured in a triple-double. Alongside Butler, Bam Adebayo also returns for Miami. This is a tough matchup for the improved Wizards to pull off a victory. Miami’s defense can be absolutely suffocating, so it could be a tough night for Bradley Beal. However, I do see this one being close throughout until the Heat pull away late in the fourth quarter. I’m going to lock in the Heat to cover the 7-point spread with a late surge from Butler, Adebayo and early Sixth Man of the Year favorite Tyler Herro. Here’s some suggested props to monitor on PrizePicks related to the underdog Wizards: Beal over 24.5 points, Daniel Gafford over 5.5 rebounds, Beal over 5 assists, Beal over 2 threes.

This is a super tough one to forecast, suggested as well by TwinSpires wagering this game at nearly pick ‘em odds. Even on the road in Memphis, I trust Los Angeles to pull off the victory. Paul George continues to play excellent basketball right now, plus role players continue to step up nightly alongside him. George is a dark-horse MVP candidate for a reason, and I expect him to get the best of Ja Morant in this fun battle. In what should be one of the most entertaining contests for Thursday’s slate, I’m locking in the Clippers as underdogs to win outright. On PrizePicks, it’s never a bad idea to build a power play off of George or Morant: George over 26.5 points, Morant over 22.5 points, Morant over 6.5 assists, Morant over 5 rebounds, George over 2.5 threes.

After watching most of the Timberwolves’ game yesterday against the Sacramento Kings, you can tell trying to figure out hot selection between Anthony Edwards, Karl-Anthony Towns and D’Angelo Russell is still a delicate juggling act. The recent trend shows Edwards as the primary scorer, but should that be the case when KAT is an All-NBA caliber big? It’s something I’ll be monitoring moving forward, but for this matchup, I love Minnesota to cover the 2-point spread. The Spurs continue to prove they are a tough out almost every single game, though, so kudos to head coach Gregg Popovich for having this young core so locked in. Expect a big outing from Edwards and Towns, which leads Minnesota to cover the -2 line. On PrizePicks, here’s some strong suggestions to build a power play with: Edwards over 22.5 points, Towns over 21.5 points, Dejounte Murray over 7 rebounds, Murray over 6.5 assists, Towns over 2 threes.

It’s hard to envision a scenario where Philadelphia can cover the spread, especially as Joel Embiid continues to sit out in COVID-19 NBA health and safety protocols. Nikola Jokic has to be licking his chops for this matchup against Andre Drummond, who is prone to getting in early foul trouble against elite bigs. Expect Jokic to feast in this game, continuing to prove why he should also be on MVP ballots moving forward. Last season’s MVP is so fun to watch when he gets in a groove, and I expect that to happen tonight. Hammer Denver to cover the 7.5-point spread, and try building a strong power play off Jokic’s projected dominance: Jokic over 25.5 points, Jokic over 11 rebounds, Jokic over 6 assists, Jokic over 1.5 threes.

Traveling to Salt Lake City is always a tough trek for any road team. For Toronto, it’s gotten even more complicated, as OG Anunoby is now out with a hip pointer injury, which could keep him sidelined for multiple weeks according to head coach Nick Nurse. Without Anunoby, the Raptors' primary wing-stopper, expect Donovan Mitchell to have a big outing. Also, Rudy Gobert continues to prove he’s one of the most dominant rim protectors in the Association. The Raptors love driving to the rim, and the assignment is going to be so challenging trying to climb Mount Gobert. Give me the Jazz to cover the double-digit spread at -10.5. Here are some solid suggestions to build an enticing power play bet on PrizePicks: Mitchell over 23.5 points, Bojan Bogdanovic over 15.5 points, Gobert over 13.5 rebounds, Bogdanovic over 2 threes.