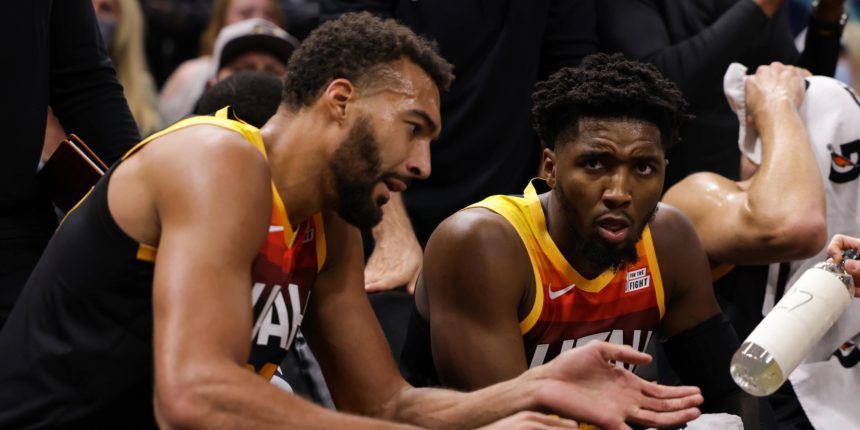 We’re hot right now on “Nothing But Bets” when it comes to our daily NBA picks. Over the past two days, we have a 10-5 record, including multiple hits on same-game parlays to more than double your profits. In a smaller slate of action on Tuesday, only five total games, it’s time to dive into our latest predictions. All odds provided are courtesy of DraftKings.

Although Joel Embiid is questionable for tonight’s game, I still believe this is going to be a very close matchup inside Madison Square Garden. Even if Embiid can’t go, Philadelphia has the perimeter shooting firepower to stay close. After the Knicks’ disappointing loss on Sunday against the Orlando Magic, how will they respond against a division rival? I’m riding with the underdog on the road here. I think Philadelphia gets the job done with an outright win on the road at +120 odds currently. If you want to sprinkle in a same-game parlay to boost the odds a little bit, Julius Randle to score 15+ points on top of the Sixers’ ML is at +140 odds. That feels like a winner, but this game overall is going to be back-and-forth throughout.

Golden State looks incredible thus far, thanks in large part to Stephen Curry constantly going off each game. Just imagine the possibilities for the Warriors when Klay Thompson is back fully healthy around Christmas. Quite honestly, the Warriors could soon jump back into that elite tier within the reloaded Western Conference hierarchy. On the road in Oklahoma City, this game isn’t going to be close. The Thunder are 0-3, with all losses coming by double digits. Vegas is setting a trap here with a 9.5-point spread, but we’re still going to emphatically hammer Golden State to cover. The young Thunder guards are no match for Curry, plus the overall ball movement should lead to some very easy shot opportunities throughout. Projecting another strong game from Curry, who’s an early MVP favorite, here’s a same-game parlay to double your earnings: Warriors -9.5, Curry 25+ points, Curry 4+ threes at +120 odds. That’s a very enticing SGP I can't pass on. Golden State rolls on the road against OKC, and this one could be over by the end of the third quarter.

LeBron James is questionable for tonight’s game in San Antonio, but I still love the Lakers covering. I’m projecting a huge outing from Anthony Davis, who has yet to really flex his muscles in a matchup yet this season. On Monday night, the spread was originally -4.5, so this forecasts LeBron missing the game and AD becoming the Lakers’ No. 1 option. Although the Spurs have been surprisingly good thus far — all of their primary young core pieces are showcasing real talent — they are too overmatched against L.A. Personally, I think this spread should be closer to double digits than a one-possession game. I love the Lakers and a big night from Davis in our same-game parlay for tonight’s tilt in San Antonio: L.A. -3, Davis 20+ points, Davis 1+ blocks at +290 odds. Take the money and run here, even if LeBron isn’t on the floor for the Lakers.

I get the feeling tonight is going to be one of those highlight-reel moments from Luka Doncic. Dallas is favored at home by 10.5 points, but this Rockets team has been frisky thus far. Jalen Green is coming off a career-best 30 point game, so he could keep this one close in a high-scoring affair. So, I love the Mavericks moneyline at -630, but betting big on Doncic really helps boost the odds an entirely new level. If all of the following occurs at +230 odds, you win big: Mavericks ML, Doncic 30+ points, 8+ assists, 7+ rebounds, 2+ threes. Against a leaky Rockets defense, one that could struggle mightily to contain the preseason MVP favorite, we love the odds of this cashing. Doncic should have his way against the Rockets, and we’re forecasting his best game of the season thus far. It was very tempting to roll with Mavs ML plus Luka to notch a triple-double, but we’re playing it a little safer here just in case.

What an embarrassing showing from the Nuggets last night at home against the Cleveland Cavaliers. Moseying into a matchup against an inferior opponent, Denver felt it could cruise to a victory. That’s not going to happen early on in the NBA season. Cleveland beat them in all facets, and now Denver has to travel to Utah on the second night of a back-to-back. Hammer the Jazz here against the Nuggets, but not enough to cover the 7-point spread. Utah’s moneyline odds currently sit at -320 on DraftKings, but a same-game parlay featuring Rudy Gobert gets you above +100. If Gobert accomplishes all of the following along with a Jazz win, you cash at +180 odds: 11+ points, 11+ rebounds, 1+ blocks. So far this season, Gobert is averaging 16.5 points and a gigantic 20.5 rebounds per game. With the Nuggets fatigued in a raucous atmosphere in Utah, we love the potential of Gobert having a great battle against last year’s MVP winner. Ride with the Jazz moneyline and Gobert to hit his prop numbers.

All praise due to the Point God: Chris Paul is at it again
yesterday
MORE:
Gambling

2022 NBA Draft: Top incoming college freshmen with pro potential
Anthony Edwards: Wolves need to 'lock the f*** in' after loss to NOLA
