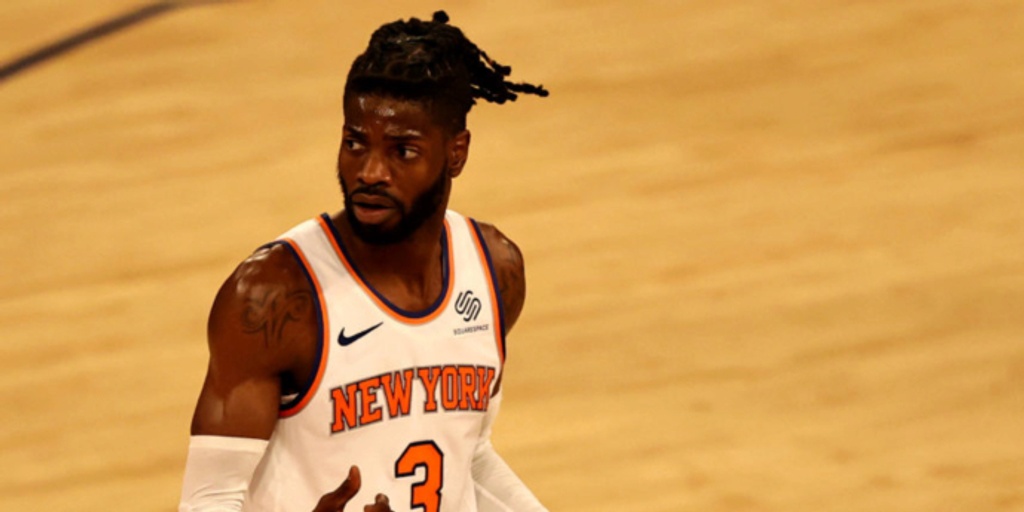 According to the article, Noel alleges that Paul misled and neglected him when he was a client of Klutch Sports. Before even developing an official partnership, Paul told Noel in 2017 — at a Ben Simmons birthday party, no less — that Noel "was a 100 million dollar man," which led to Noel not only leaving then-agent Happy Walters and signing with Paul, but also turning down a 4-year, $70 million offer from the Dallas Mavericks to accept a qualifying offer. When Noel battled injuries the following season, his perceived value cratered. But according to the accusations, Paul never tried to redeem his client.

“During the free agent season which began on July 1, 2018, and after Noel’s one-year contract with Dallas expired, neither Paul nor anyone at Klutch Sports presented any real proposals to Noel in terms of strategies or ideas on how Noel might secure a long-term contract or even a significant contract for the following season,” states the allegations. “Indeed, as the 2018 NBA free agent season began, no real offers or deals were presented to Noel on the first day of free agency.”

In more detail, Noel alleges that multiple teams, including the Philadelphia 76ers, Houston Rockets and Los Angeles Clippers, all reached out to Paul with interest in discussing contract opportunities. They never made contact, and from 2018-2020, Noel signed short-term deals worth $5 million or less with the Oklahoma City Thunder and New York Knicks.

Heitner also writes, "Noel finally terminated his relationship with Paul and Klutch Sports in December 2020 and says that the final straw was Noel learning that Paul 'had a history of mismanaging and ignoring other clients and costing them significant money.' He believed that Paul and Klutch Sports were only focused on serving their marquee clients, and did not have the capacity to serve Noel as well as players such as Norris Cole or Shabazz Muhammad."

It is unclear what will become of the case at this time. Paul is one of the highest-profile agents in sports, representing clients such as LeBron James, Anthony Davis, Trae Young and Ben Simmons.